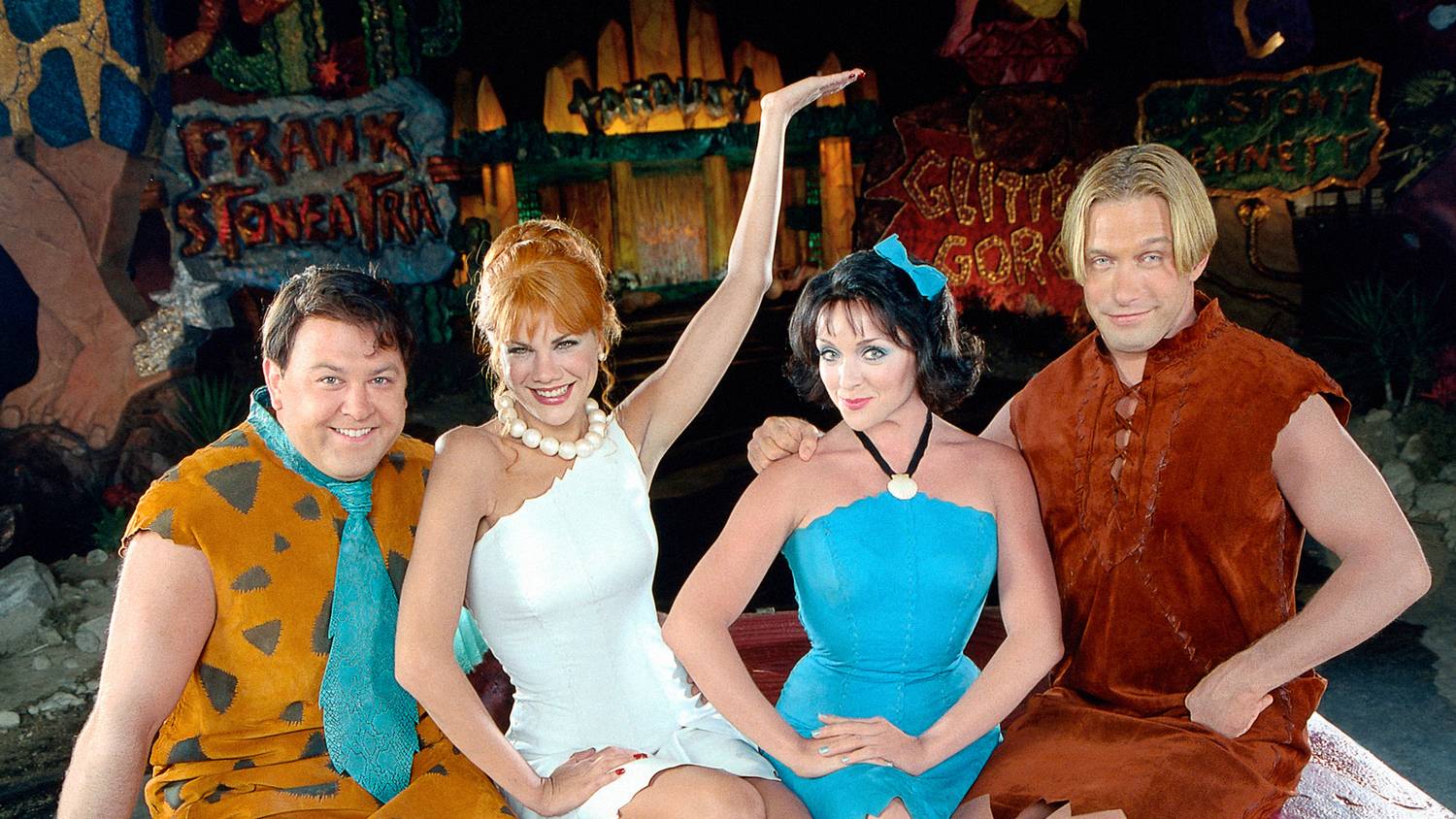 When the Great Gazoo arrives from another planet to study the mating habits of humans, he looks to Fred and Barney to steer the right course in this prequel to the animated series. The two meet and fall for Wilma and Betty respectively, but first they must get Wilma out from under her rich mother's claws and impending marriage to a Rockefeller before it's yabba-dabba-doo time!