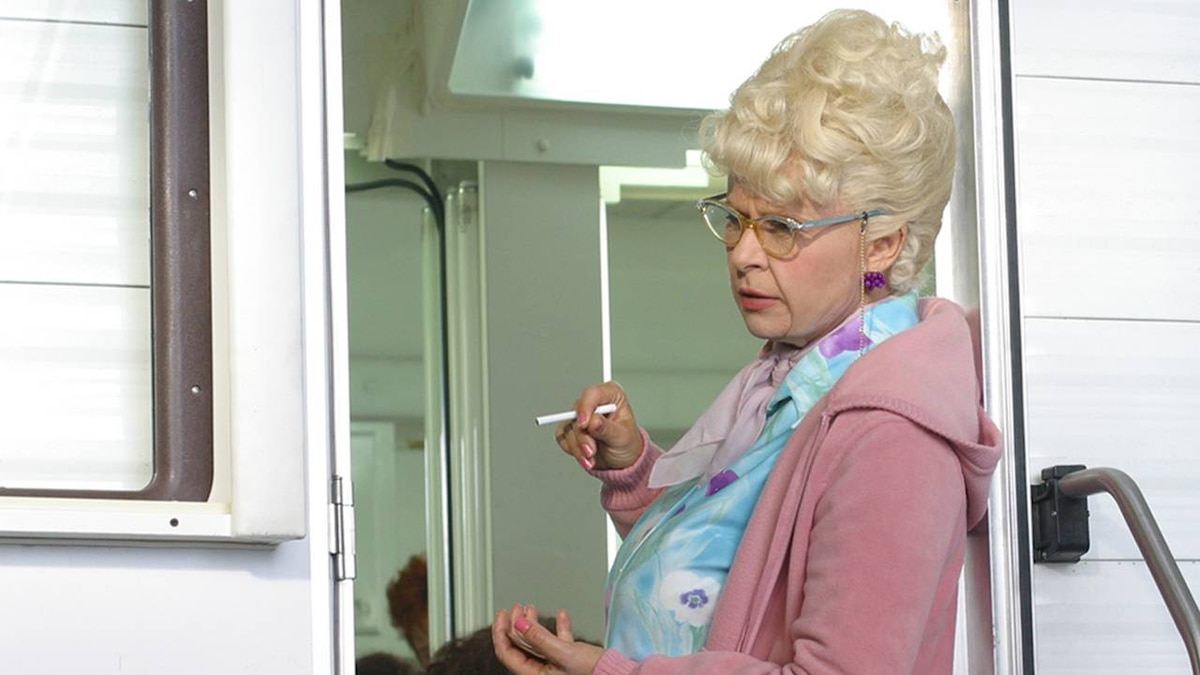 Tracey Ullman in The Trailer Tales

Tracey Ullman's comedy special features the one-and-only 'Ruby Romaine'--the memorable character from HBO's 'Tracey Takes On.' After an illustrious career, veteran Hollywood makeup artist Ruby has decided to call it quits. Or has she? In her trailer, Ruby tells a series of hilarious tales and explains why she reconsidered her retirement. With Debbie Reynolds, Jane Kaczmarek.