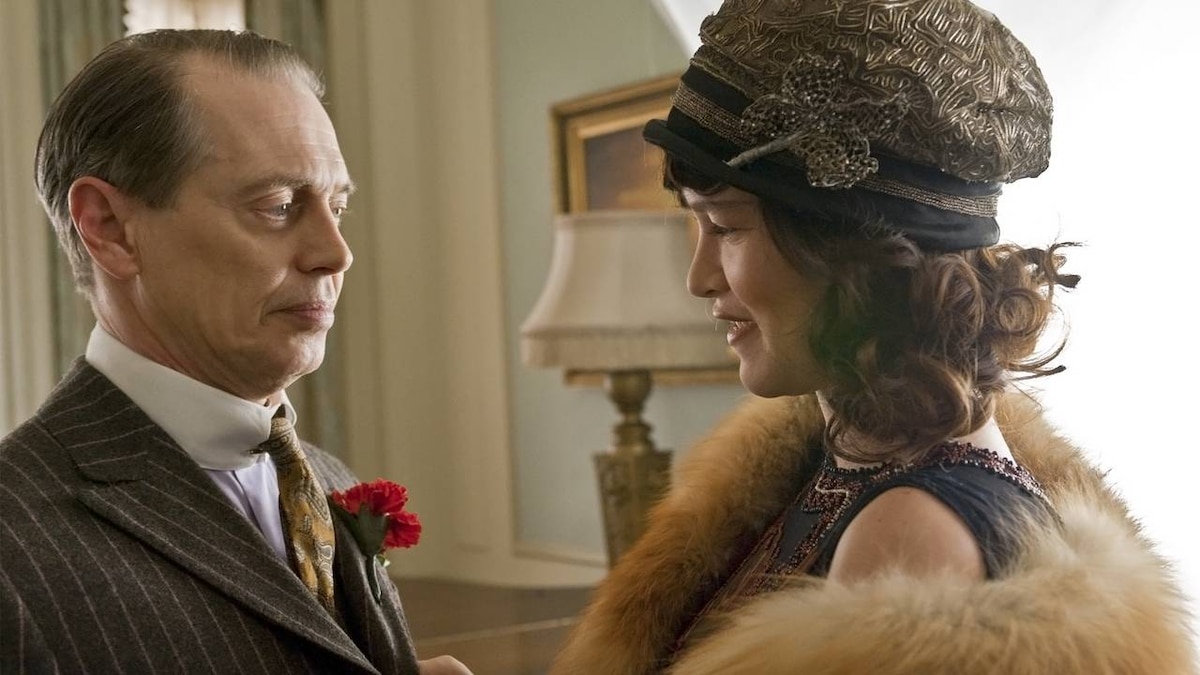 Capone gets a tip from a cop on the North Side: Liam, the thug Sheridan enlisted to slash Pearl, is a regular at a local restaurant.

Nucky's father, Ethan Thompson fixes himself breakfast in his squalid, cat-filled home. Tripping, he falls and breaks his leg. Hours later, Nucky arrives to find Eli, Halloran and Dr. Surran affixing a splint to Ethan's leg so they can take him to the hospital. Eli is concerned about Nucky's relationship with Margaret, but Nucky assures him she knows nothing about Hans' death. Since Nucky wants to send Ethan to an old folk's home, Eli offers to take him in. Unlike his brother who is feeling nostalgic, Nucky dismisses the house as a "sh*thole" and decides to give it to Ward Boss Fleming to fix up.

At an Army hospital, Jimmy sees a doctor about a recurring ache in his leg from a war injury. The doctor suspects that a screw in his femur could be troubling a nerve which prompts a joke from Jimmy, "So I've got a screw loose?" Concerned, the doctor suggests he submit to a "personal inventory" test that all returning soldiers are being asked to take. Jimmy notices another patient nearby -- half his face is missing.

A man claiming to be "Michael Lewis" approaches Chalky with an offer to pay $10,000 in cash for 1000 cases of his liquor, suggesting Chalky cut out the middleman. Chalky, suspecting it's a trap engineered by Nucky, turns down the offer.

Fleming chats animatedly with Nucky about his family and now-healthy new baby when Lucy storms into the meeting proclaiming her love, "I feel empty without you inside of me!" She gets Nucky to promise he'll take her to the movies: 'Dr. Jekyll and Mr. Hyde.' After she leaves, Nucky offers Fleming Ethan's house with no strings attached.

Annabelle joins Margaret for tea and confides she has stashed away $4000, lifted in small amounts from Harry, to ensure her future security. Margaret mentions Nucky still seems hung up on his wife, but Annabelle advises to let him keep his secrets: If Margaret lets Nucky bare his soul, she will become a reminder of his weaknesses.

Lucky - joined by Meyer Lansky (the "Michael Lewis" who approached Chalky) - visits the 'DAlessio brothers and Mickey Doyle. Lucky points out taking $3000 from Nucky will hardly be enough to get them into the bootlegging business. He suggests they aim bigger and go after the money at Lolly Steinman's casino - $150,000 - to be split 50-50 with Rothstein.

Van Alden is called in to meet with Billy Winslow (the decoy Jimmy and Capone used during the liquor hijacking) who is now charged with armed robbery for a different offense. In exchange for leniency, Winslow offers details of the hijacking and names "Al" and Jimmy Darmody as the ringleaders.

While the two wait to take the personal inventory test, disfigured soldier Richard Harrow strikes up a conversation with Jimmy and tells the story of the German sniper mask he carries: It took three days for the sniper to drop his guard, but once he did, Harrow killed him with a shot beneath his eye. He confides he's anxious about one of the test questions, whether you've ever made love to a girl. When their names are called, Jimmy gets Harrow to lie to the nurse, telling her they already left.

Angela enjoys a romantic evening ... with Mary Dittrich. She worries about what Nucky knows about their relationship, seeing as Nucky is her only source of income. Mary promises a gallery owner friend from New York will assess Angela's artwork so she can start her painting career.

Nucky takes Margaret and her children to Ethan's house, now being renovated by Fleming. Nucky is impressed with the improvement, and picking up a fireplace poker, recalls how his father once burned him with it. "Leave the past where it is," interrupts Margaret, heeding Annabelle's advice.

Jimmy brings Harrow back to the Four Deuces. Spotting Jimmy's Colt revolver, he talks about his own extensive collection of firearms. When he enquires what Jimmy uses his for, Jimmy makes him guess: "To kill people," Harrow replies. Jimmy instructs Odette, a prostitute, to show Harrow "how grateful the nation is."

At Chalky's honky-tonk, Harry Price chats up Nucky about an investment scheme in Boston that promises a 50 percent return in 45 days. Harry has re-invested his fortune three times already, but Nucky is skeptical. Chalky approaches to discuss "Michael Lewis," but Nucky denies knowing who he is. Annabelle takes Harry out onto the dance floor, while Margaret tries to engage Nucky in small talk. He mentions a baseball glove that was stolen from him as a boy, but refuses to finish the story since Margaret shut him down earlier.

Louanne prepares medicine for the Commodore, who is so ill that the dog finishes his dinner. Before vomiting, the Commodore complains about Nucky, whom he believes is becoming too much of a big shot since he stopped delivering the Commodore's weekly payoff money himself.

After dinner with Nucky and her family, Margaret apologizes for not letting him confide in her about the fireplace poker injury. Nucky tells her the end of his baseball mitt story: Ethan forced him to retrieve the glove, and the bigger kids beat him unconscious.

Jimmy confronts Liam at the North Side restaurant and terrifies him with a war story about an injured German soldier who was trapped in barbed wire but refused to let Jimmy finish him off. Being alive was worse than dead, Jimmy muses before leaving. As Liam relaxes, a shot hits him under the eye, killing him instantly. In an upstairs window across the street, Harrow packs up his rifle.

Nucky takes Margaret's son Teddy to see the finished house, but his mood sours when the two run into Eli and Ethan on their own tour. "You're not worth a goddamn," Ethan sneers. Commanding Teddy to wait outside, Nucky empties a can of turpentine, then sets the house on fire. As Fleming arrives in a panic, Nucky hands him a roll of cash and some advice: "Find a better place to live."