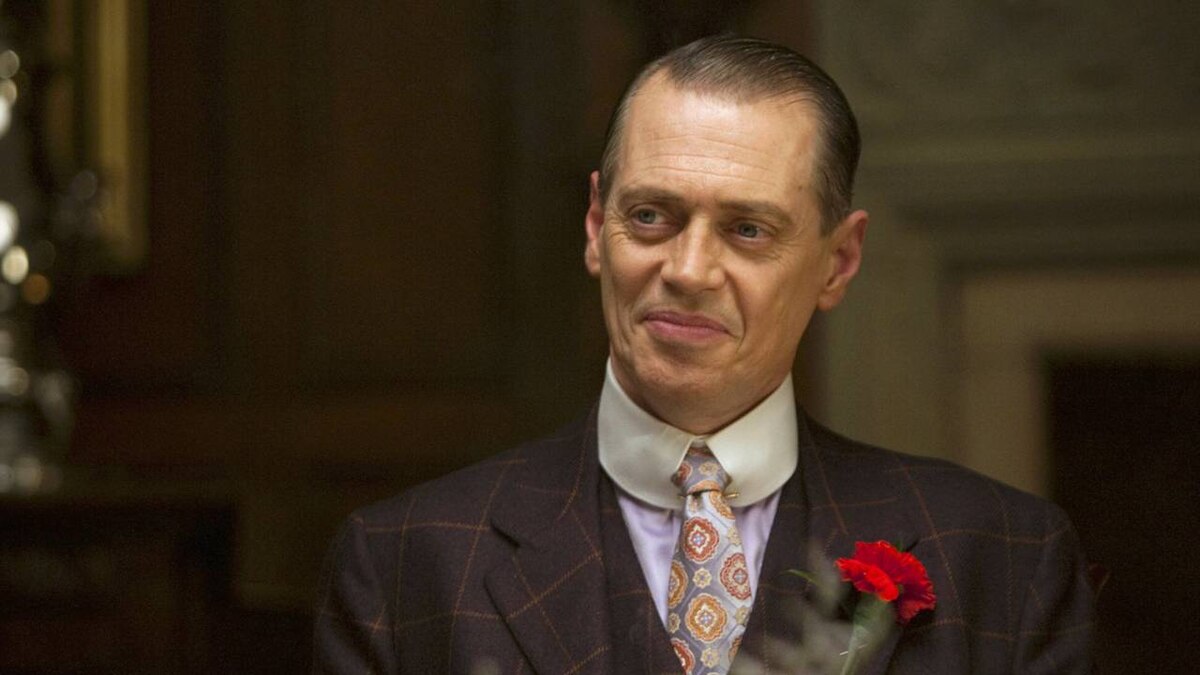 Enoch "Nucky" Thompson addresses the Temperance League, spinning a tale of a young boy who struggled to feed his family after being abandoned by their alcoholic father. The desperate boy, who turns out to be Nucky himself, killed rats so his family had something to eat. "Without women like you, men like me would be nowhere," he praises the audience.

With Prohibition just hours away, people are stocking up on alcohol; a funeral procession for "John Barleycorn" -- a giant liquor bottle in a casket - marks the end of an era. At Babette's Supper Club, Nucky dines with the sheriff (who is also his brother Eli), members of City Council and the mayor. The men toast Congress, "those beautiful, ignorant bastards," for passing the Volstead Act, and make plans to deal with the increased demand -- and prices - for alcohol. Promising to keep Atlantic City "as wet as a mermaid's twat," Nucky dismisses the threat of federal enforcement. Jimmy Darmody, newly back from the war, is introduced to the group as Paddy Ryan's new right hand.

In the main room, the crowd counts down to midnight. A trumpet plays taps... and then the party continues unabated.

Eating breakfast with his family, Jimmy tries to explain to his wife Angela why he doesn't want to return to Princeton. Or work for Ryan. Elsewhere, a batch of new federal agents is sworn in to enforce Prohibition. Nelson Van Alden, a senior agent, watches as a group of gangsters check into the Brighton Hotel: Arnold Rothstein and "Lucky" Luciano from New York; Jim Colosimo and Johnny Torrio from Chicago.

Nucky's valet, Eddie Kessler, wakes him (and his girlfriend Lucy), with news that a pregnant woman is waiting to speak to him. Margaret Schroeder, moved by his Temperance League appearance, appeals to Nucky to find her husband Hans, who's prone to drinking and gambling, some work. Nucky gives her some cash and instructs Jimmy to drive her home. Suspicious of Margaret's return in a chauffeured car and the cash he finds stashed under the mattress, Hans beats her.

With Bill McCoy, Nucky negotiates a payment of $35,000 for 500 crates of Canadian Club due to arrive. He and Jimmy meet with Mickey Doyle (née Cusick), who's running a bootleg operation from a funeral home. Doyle serves Jimmy some hooch, neglecting to mention that a key ingredient is formaldehyde. Furious, Jimmy attacks Doyle who pulls a gun on him. Nucky breaks up the fight, but Jimmy speaks his mind: He deserves more than what Nucky is entrusting him with. Nucky advises him to slow down -- and to find his own opportunities.

Van Alden's deputy Sebso has trouble keeping up with their surveillance of the out-of-town mobsters, dining with Nucky. Although annoyed by Luciano's arrogance, Nucky makes a deal with Rothstein: $60,000 for the 500 crates he is expecting. Jimmy chats up Torrio's man, Al Capone, during the wait and learns how lucrative the business can be.

Van Alden picks up Jimmy on the Boardwalk and tries to recruit him into the Bureau. Casino host Lolly Steinman reports to Nucky that a cheating Rothstein has already taken more than $90,000 from the house. After a talk with Nucky, Rothstein cashes out: $30,000 after the whiskey shipment is factored in. Hans, winning at the craps table, approaches Nucky who, realizing Hans is playing with the cash he gave Margaret, beats him up and has him tossed out.

On an anonymous tip from Jimmy, Van Alden and his team raid Mickey Doyle's operation. Meanwhile, Jimmy has sought out Capone for information about the McCoy shipment and the two hijack the load while it's being driven to New York, but the heist goes awry and several of Rothstein's men end up dead.

With Jimmy having suspiciously called in "sick" for work that night, Eli and Nucky wonder if Jimmy engineered the heist (and set up Doyle), and their suspicions grow when they learn from Angela he was picked up by the Feds. Dodging calls from Rothstein, Nucky takes a walk and finds out Margaret is in the hospital recovering from a beating that resulted in a miscarriage. He visits the Commodore, who advises him to find a fall guy for the heist. The Commodore is surprised to hear it was Jimmy who masterminded it.

Nucky dresses down Jimmy for hijacking the booze, but Jimmy defends himself for having the gumption to go after what he wanted. He hands Nucky his cut of the take.

Leaving the house, Hans is picked up by the police and beaten. His body is later discovered by fishermen on the Boardwalk, and the news reports that Hans was a suspect in the roadside massacre. Capone delivers the stolen whiskey to John Torrio in Chicago. Alone in his Chicago restaurant, Colosimo is executed by a man we'll come to know as Frankie Yale. At the hospital, Nucky takes flowers to Margaret's bedside.