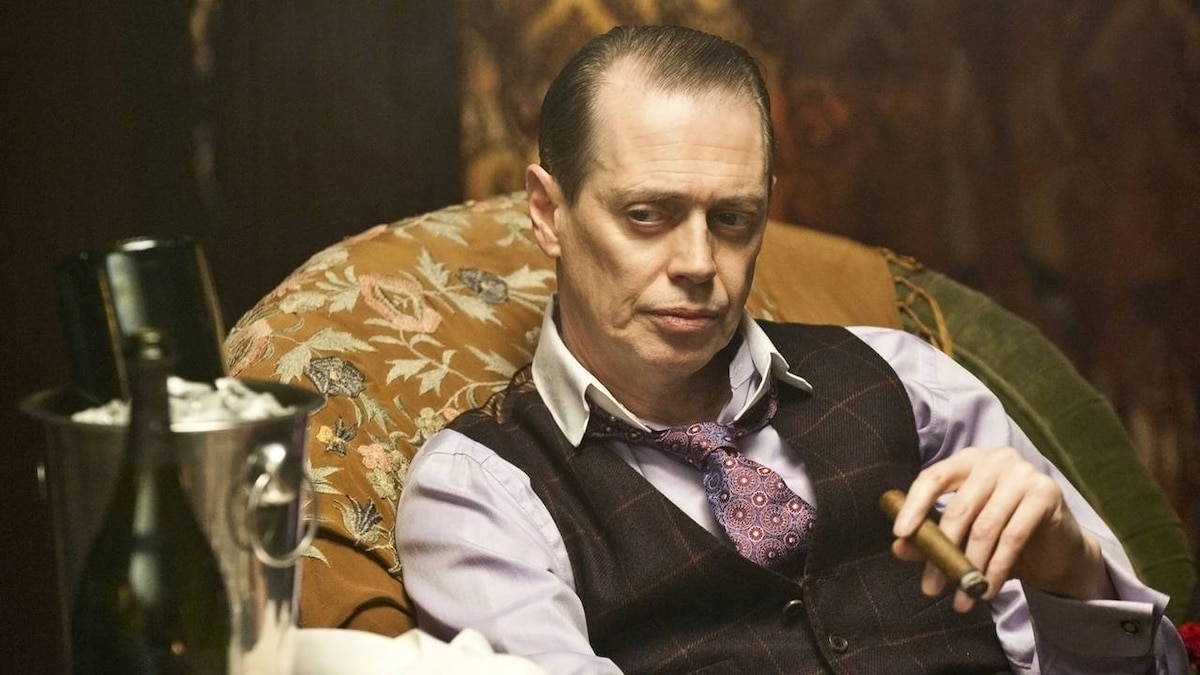 Ward Boss O'Neill is finishing up the last of his collections when two of the 'DAlessio brothers assault him on the Boardwalk and make off with the money.

Lucy cuddles with Nucky, pretending she's a tiger. To "mark her territory", she digs her nails into his chest and scratches, drawing blood and Nucky's ire.

Margaret goes to Mrs. McGarry for advice: A man who "runs things" has made her an offer - but it comes with no promise of marriage. Mrs. McGarry tells her women will only be free when suffrage is ratified, but until then, Margaret must do what she sees fit to provide for her family. She gives Margaret a pamphlet about birth control -- "Family Limitation."

Post-coital, Lucky is all praise for Gillian: "You're the first broad in years put any lead in my pencil." A call from Rothstein interrupts their pillow talk. Not only does he know Lucky is with Gillian Darmody -- he informs him Gillian is Jimmy's mother, not his wife.

O'Neill sits with Eli and Nucky trying to figure out who stole Nucky's weekly collection. Certain Luciano has shown up back in Atlantic City for a reason, Nucky instructs Eli to bring Lucky in. Eddie interrupts with news that Jersey City mayor Frank Hague is still waiting to meet with Nucky about the roads.

Jimmy plays "five-finger-filet" with his trench knife at the Four Deuces, but Capone refuses to join in. Torrio informs the two he wants out of Chicago's Greektown - he doesn't need the aggravation. When Capone protests, Torrio reminds him: "You drive my car." Jimmy suggests that retreating will send Sheridan the wrong message and proposes they meet with Sheridan's crew to "come to an understanding."

Supervisor Elliot surprises Van Alden with an unannounced visit. He isn't impressed with Van Alden's report, which is full of unsubstantiated theories, including that Nucky was behind the death of Hans Schroeder. Elliot also questions why Van Alden had Margaret Schroeder's immigration file pulled.

Margaret lies in bed with Nucky and worries about what her neighbors will say if she accepts his offer to move her out. Nucky assures her she'll have new neighbors soon, so it won't matter. When she asks about his scratches, Nucky claims they're from a hunting accident. "Who was hunting whom?" she inquires, before excusing herself. In the bathroom, she follows the "Family Limitation" pamphlet's instructions on the post-coital use of Lysol for birth control.

Jimmy visits the Capone home and meets the family. "A guinea for a mother, a mick for a wife, and a dumbbell for a son," complains Capone, frustrated by his son's inattentiveness. Jimmy notices Sonny is oblivious to the chaos of the kitchen, and realizes that he is deaf, not stupid.

At Belle Femme, Lucy is unhappy with the selection of lingerie she's been presented. Requesting something vampy, she orders Margaret to model it for her. When Margaret disrobes, Lucy criticizes her child-bearing body, insisting it's she who has what Nucky wants ... even when his penitent side comes out. Margaret retorts with a story of her own and a lesson: "Maybe your cunny isn't quite the draw you think it is." Leaving the dressing area, she tells Isabelle that she quits.

Eddie drives Margaret and her children to their spacious new house and sees that she's settled in. As he leaves Eddie assures Margaret that Nucky is a "very nice man."

Nucky and Eli interrogate Lucky about O'Neill's mugging, but he claims not to know anything. Nucky, unhappy with Lucky's disrespectful reference to Gillian, warns the young gangster to treat the show girl with respect.

Jimmy mails a wad of cash to Angela, but turns down an offer of company from Kitty, a whore at the Four Deuces. She hands him his copy of 'Free Air,' which Pearl left behind in her room. Inside he finds a label Pearl doodled on, a caricature of her and Jimmy kissing.

Van Alden goes to Margaret's old house and learns from a neighbor that the Schroeders were picked up in a Rolls and moved out. Edith is full of praise for Hans but calls Margaret a whore.

Torrio, Capone and Jimmy are frisked by Sheridan's team before they hand over their things to the coatcheck girl. During the meeting, Jimmy is unsatisfied with Sheridan's apology for what happened to Pearl, commenting that Liam should be there to apologize as well. The two sides finally come to terms, but not before Sheridan spots and confiscates the trench knife in Jimmy's boot. At meeting's end, Torrio heads to the bathroom while Jimmy and Capone retrieve their coats... from Kitty. Drawing guns she has provided, Jimmy and Capone dispatch Sheridan and their crew, and Jimmy reclaims his knife.

Nucky sits in Margaret's new bedroom waiting for her to emerge from the bathroom. After Margaret offers her thanks, Nucky invites her to a performance by Houdini's brother Hardeen, with whom they'll have dinner afterward.

Torrio, celebrating his victory, is full of praise for Jimmy and his strategy. Capone joins in, undermining Jimmy with stories of cowardice under the guise of good-natured ribbing. Peeved, Jimmy announces that Capone lied about his service during the war.

Meeting with Frank Hague at last, Nucky mentions he plans to get Senator Edge into the White House. Remaining vague about the road money, Hague continues to help himself to more of Nucky's bounty and wheedles an invitation to spend the night carousing.

Capone shows up with some steaks for Jimmy to diffuse their tension and apologizes for running off his mouth. Getting choked up, he admits his son is deaf and wonders if it's punishment for something he did. Jimmy reminds him that medicine is coming up with new cures every day.

Nucky and Hague sit in a whorehouse listening to a naked prostitute serenade them on a ukulele. Hague warns Nucky not to rely on Edge for the road money - the senator has conflicting interests elsewhere.

Dressed up for her night out, Margaret discusses her evening's plans with babysitter Mrs. Charlton, who tells her she sits for many of the other girls. Eddie calls to tell Margaret that Nucky needs to cancel, just as her new neighbor Annabelle comes to introduce herself and her daughter, Ruby. Annabelle asks if the babysitter can watch Ruby as well, since "the concubines" always help each other out. Margaret realizes she has been moved to "Mistress Row."

Nucky tells the naked prostitute that he tries to be good, but she persuades him it's too late for that. At home, Margaret sits in the dark waiting for the phone to ring.

Van Alden sifts through Margaret's immigration folder, lingering on the details: Margaret Rohan suffered a miscarriage entering the country. Removing a photo of her at 16, he caresses it and props it up. Van Alden takes a belt and begins to flagellate his heavily-scarred back while continuing to stare at the picture.