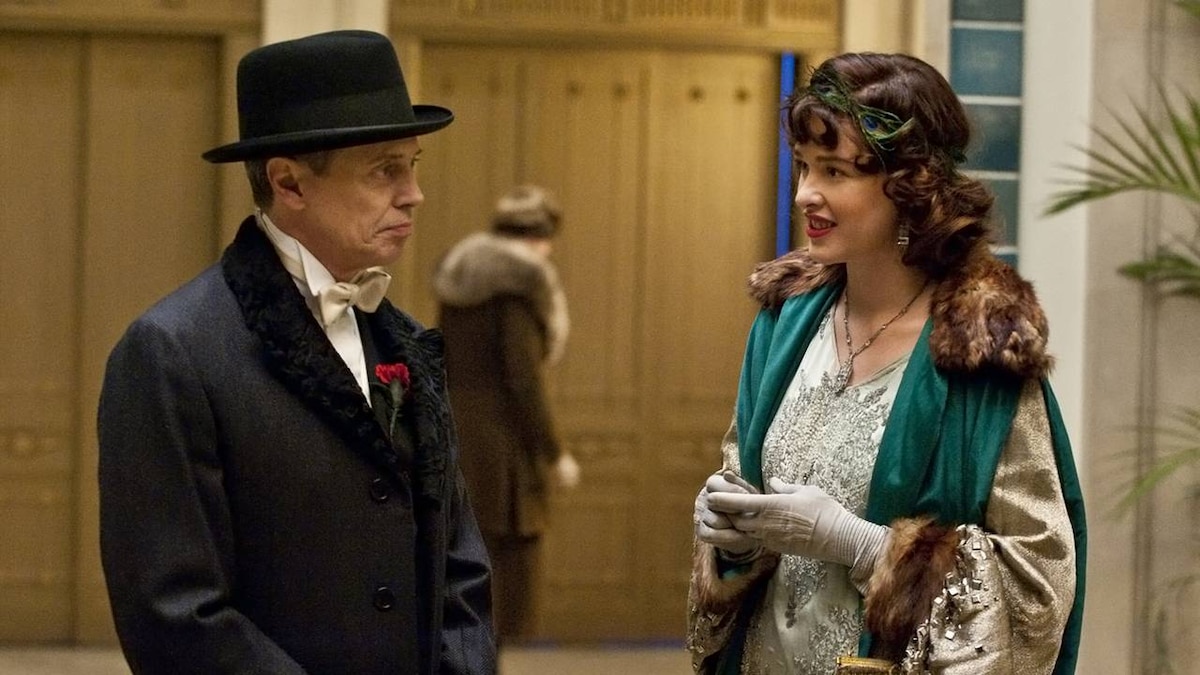 In Atlantic City, Nucky rehearses feigning surprise for his upcoming birthday party, and is startled by the appearance of Eddie, who wants to plan for the arrival of two guests, Senator Edge and Mayor Hague of Jersey City. Nucky, who hopes to have money earmarked to pave the roads to Atlantic City, instructs Eddie to treat the two politicians like royalty.

Margaret reads the paper to her kids and tells them the story of the mysterious Anna Anderson who claims to be the missing Romanov princess Anastasia.

Pearl tends to Jimmy's bleeding ear. She mentions that she wants to head west - like the girl in the Sinclair Lewis book he is reading - and pursue an acting career.

Nucky rides Eli to solve the lynching of Chalky's driver Kendall. Because Chalky controls the black vote, Nucky wants to keep him happy, but Eli counters that Chalky only prospers because of Nucky. "One hand washes the other," lectures Nucky.

Lucky Luciano goes to Angela's looking for Jimmy but finds Gillian there babysitting Tommy. Gillian refuses to reveal Jimmy's whereabouts and shuts the door on Luciano. Intrigued by her sass (and mistaking her for Jimmy's wife) he follows her and watches her perform at the Beaux-Arts theatre.

Eli and Deputy Halloran raid a KKK meeting and haul off Grand Cyclops Joseph Earl Dinler to question him about Kendall's lynching. Inspecting the party preparations at Babette's, Nucky has a fit when he spots lipstick on one of the wine glasses.

Jimmy and Capone inform Chicago speakeasy owner Nick Anastos that Johnny Torrio is now his supplier, not Sheridan. As Capone beats up Anastos, Jimmy indicates that Capone could be gentler in his persuasion. Later at Torrio's whorehouse The Four Deuces, Jimmy advises, "You don't invade a country all at once. You take it over one piece at a time." The two then meet with Sheridan, who is unhappy he's speaking with Torrio's underlings. Sheridan and his thug Liam take note of Pearl when she gives Jimmy a peck on the cheek. Capone demands 50 percent of the take for Torrio and Sheridan grudgingly agrees. Or does he?

Chalky goes to see Dinler and recounts how his father was once the best carpenter in Elgin, Texas -- until he was lynched by white men who lured him to a secluded area with the promise of work. Chalky unwraps a satchel of his father's tools as part of his interrogation. He emerges convinced that the Klan was not involved: Dinler never wavered from his story ... even while Chalky was cutting off his finger.

Nucky, the Commodore and his politician guests celebrate Nucky's birthday at Babette's. On the topic of suffrage, Lucy is unable to hold her own, furthering the men's argument that the vote will be wasted on women.

Capone and Jimmy get fitted for new suits, and the two exchange war stories about their respective scars.

Margaret arrives at Babette's to deliver an outfit for Lucy. Nucky spots Margaret and introduces her to Senator Edge and Mayor Hague. She banters with them about her right to vote and the men are impressed. Pleased, Nucky takes her for a turn on the dance floor. When a scantily-clad Lucy pops out of a birthday cake for him, his eyes remain on Margaret.

Sheridan's men arrive at the Four Deuces in search of Pearl. Liam gets the madam to identify her, and he takes her upstairs. Post-coitus, he slashes her face to send Torrio a message, while the men downstairs start shooting to enable Liam's escape.

Nucky, Edge and Hague retire to the backroom of Babette's. Senator Edge advises Nucky not to press the new governor, "You can't expect to have everything," but Nucky is insistent about getting funding for his paved roads. He asks Hague to give him a price to guarantee the road money, and Hague says he'll run the numbers. Nucky's hackles are raised again when Edge asks Eddie for a Pimm's cup and Eddie is unable to deliver.

Margaret walks down the Boardwalk and spots the newspaper - the "princess", Anastasia, is a fraud. Nucky hears from Eli how Chalky cut off Dinler's finger, and begrudgingly signs off on Edge's hotel bill: $1800.

Jimmy tries to visit Pearl, but Regina, the madame, tells him she's resting. Capone reassures Jimmy about the scarring: "It happened to me and I'm still beautiful."

Having botched their attempt to kill Chalky and still looking to collect the money they're due, the 'DAlessios meet again with Mickey Doyle. This time, he gives them a tip about a $3000 collection Nucky gets each week from one of his Ward Bosses.

Crates of Pimm's are delivered to Senator Edge, with a note from Nucky, "I do expect to have everything."

Gillian, aware Luciano has been following her, confronts him outside of the Beaux-Arts. After a passionate kiss, the two arrange to meet after the last show. As Margaret prepares to leave Belle Femme for the night, she spots Nucky and Lucy heading out for the evening. Impulsively, she steals a camisole, which she slips into her bag before leaving.