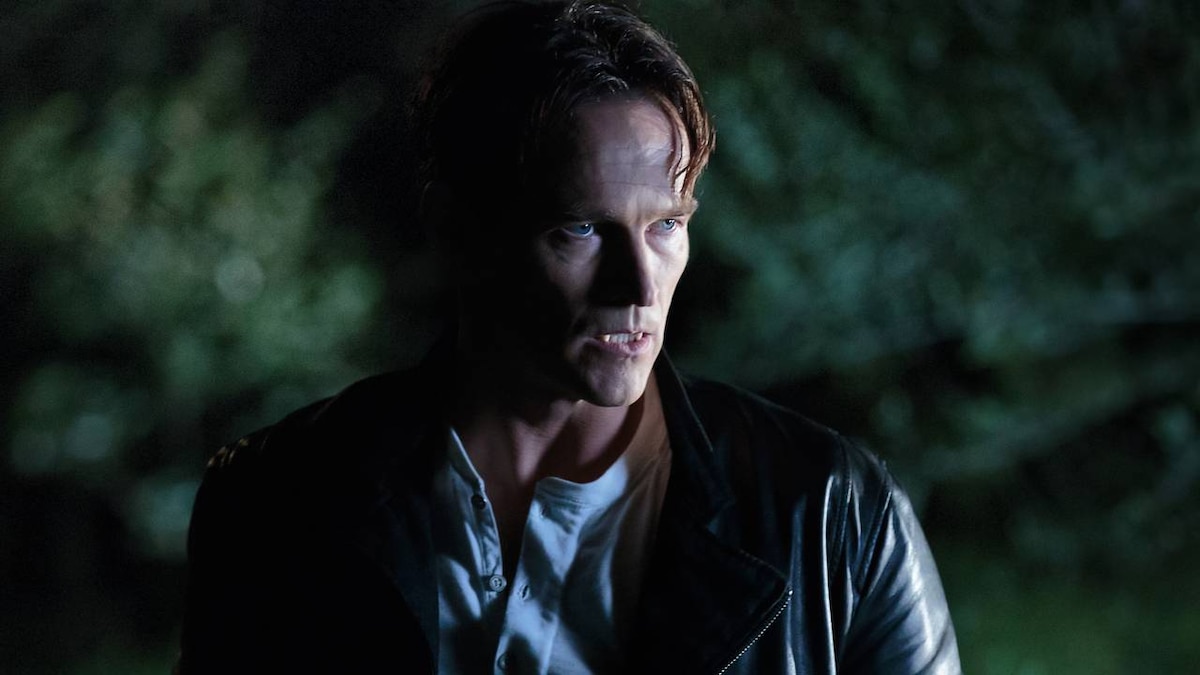 To save Warlow, Sookie bites her wrist and feeds him her blood. Bill, impatient to save vampirekind, attempts to leave with him but Sookie demands he find Eric instead. After all, Eric has more Warlow blood than Warlow himself. When he threatens to kill Sookie if Warlow won't get them out, she blasts him out with her hand light.

Warlow asks Sookie if she was prepared to be his last night, having come with Bill. She assures him that she'll keep her promise and heads back to Bon Temps for Terry's funeral.

Eric makes a daytime visit to vamp camp and goes on a rampage of death and destruction. His first major victim is Dr. Overlark-whose "manhood" Eric rips off before leaving the "doctor" to bleed out. He moves on to male Gen Pop and frees them all.

Bill arrives at vamp camp in search of Eric. Crazed vampires run amok through the facility, torturing the guards and scientists in kind. Meanwhile, Eric frees female Gen Pop and discovers Jason, weak and covered in bites. In exchange for helping him find Pam and the others, Eric heals Jason, promising that he's "in for a real treat."

At the funeral, Sam recalls his first time meeting Terry on a fishing trip with Andy in 2007. He tells the attendees how Terry caught a catfish but insisted it be thrown back because "every life matters."

Sarah Newlin narrowly escapes death by hiding under a pile of dead guards. Meanwhile, Eric discovers Dr. Finn. After Finn smugly reveals he had sex with Pam, Eric takes him captive but tells him that he won't kill him-that pleasure will be Pam's.

When it's Arlene's turn to speak, Sookie listens in on her thoughts and discovers she's not ready to say goodbye just yet. Sookie gets up and tells the crowd she's a telepath-it's because of this power that she overheard Terry's first glowing thoughts about Arlene when he met her at Merlotte's. "He loved you the second you walked into his life," she reveals.

Sarah desperately makes her way to a crank that opens the roof in the white room. However, Bill has already found his way inside. In the hopes that Lilith was correct, Bill gives himself over to the vampires and they feed with abandon.

Eric, with Jason, Finn, and a newly rescued Ginger in tow, enters the white room and grabs Steve-the only vampire kept from feeding on Bill. He forces him into the growing shaft of sunlight: "Every time I've lost someone I've loved, you've been there." As Steve burns, he shouts his dying words: "I love you Jason Stackhouse!"

At last, Arlene gets up to speak. She recalls their first night at the hospital with their newborn son, Mikey, and how Terry kept her calm when the baby wouldn't breastfeed. "The reason we worked was on account of we always took turns freakin' out-one day it was his turn to be strong, the next day it was mine."

At vamp camp, the vampires delight in Bill's magical blood, reveling in the sunlight and destroying boxes of contaminated Tru-Blood. However, Bill is nearly drained and on the brink of death. Lilith's blood sirens come to him in a vision. They tell him Lilith is proud and that his time on Earth is over.

As Reverend Daniels prepares to wrap up the funeral, Big John speaks up. Though he tells everyone he's not good with words, he decided to sing something for Terry-a song called "Life Matters."

Jason tackles Sarah Newlin as she tries to escape and holds her at gunpoint. Though very tempted to kill her, Jason doesn't want any more blood on his hands. He orders her to get into her truck and never return.

Jessica realizes that Bill is not among the revelers and she and James go to him. Desperate to save their savior, James offers to feed Bill back some of his blood.

Big John finishes his song and the Marines fire off their salute. They hand Arlene the flag that covered Terry's coffin. Sookie listens in again and is relieved to hear the ceremony brought comfort to Arlene after all.

Jessica and James return to the euphoric vampires-with Bill in tow. Jessica invites everyone to come and celebrate back at the Compton place. As she turns to go, Pam spots Eric off in the distance, waving. Crushed, she tells him, "Don't you dare leave me," but Eric flies off into the sky anyway. He's devastated that his rampage of death and destruction brought him no comfort for the loss of Nora.