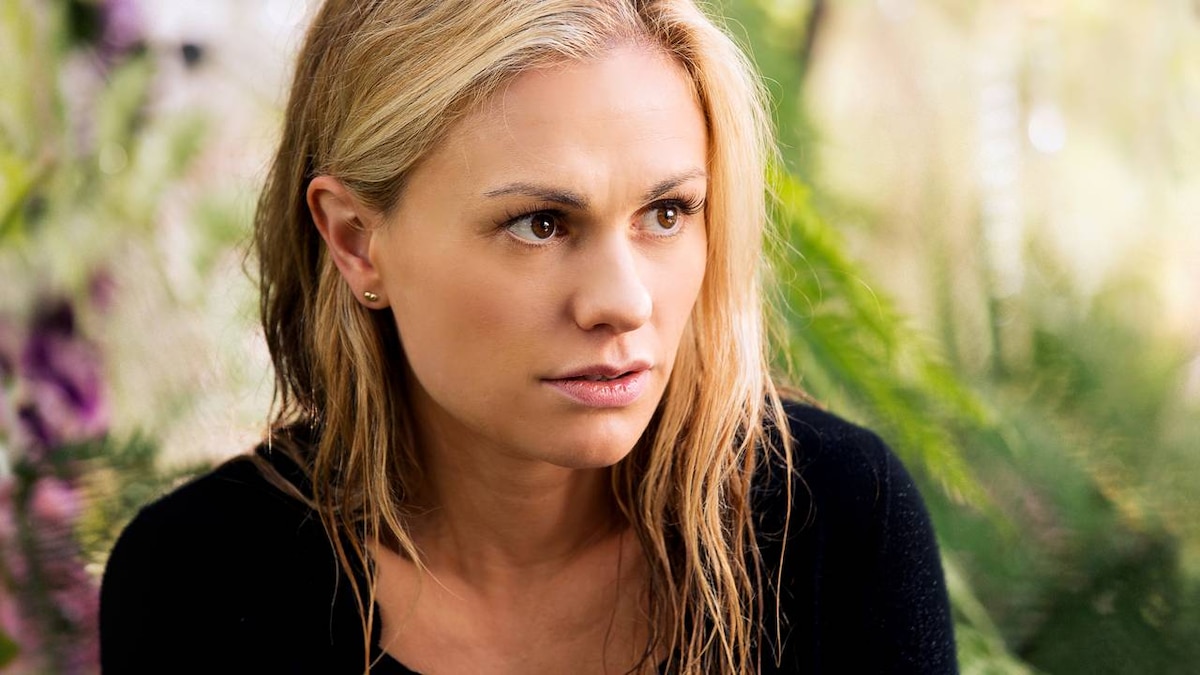 Don't You Feel Me

Sookie, near death, is saved from Lafayette-Corbett when Warlow appears and rescues her, having been allowed to leave by Bill. Sookie orders him to blast Lafayette with light to expel the spirit of her murderous dad.

Bill summons Warlow and to save his life, Sookie transports them both to Cemefaerie. Unable to feel Warlow, Bill goes in search of Jessica for answers and finds her bedroom empty - Lilith's prophecy is unfolding. Desperate for guidance, Bill glamours Dr. Takahashi and asks to be put into coma so he can commune with Lilith.

To save Jessica, Jason heads to an LAVTF recruitment center and taps into his former vamp-hating self to get fast-tracked into the vampire internment camp.

In Cemefaerie, Warlow makes a strange request: He wants Sookie to tie him up to a gravestone, as it's nearing nightfall on the earthly plane and he'll be unable to control his vampire side.

Jackson calls Alcide to his hotel and reveals that Sam and Nicole are also there. But when Alcide goes to their room, he finds it empty - Jackson neglected to mention he saw them hours earlier.

Andy's only surviving daughter asks him for a real name - one that helps her remember her three sisters. They settle on Adilyn-Braelyn-Charlaine-Danika - a name for each of them.

Terry drops by Lafayette's house and insists on giving him his safety deposit box key. Unsettled by his urgency, Lafayette calls Arlene, worried that Terry might kill himself. Wanting to put an end to Terry's misery, Holly and Arlene contact a vampire friend who successfully glamours Terry into forgetting about the war.

Warlow explains to Sookie that he killed Lilith long ago as he despised what she made him. However, his self-loathing can end if Sookie agrees to be turned into his faerie-vampire bride. They would be "a closed circle" needing only each other's blood to survive.

Burrell brings a surprise to Eric, chained up in a cage. A scientist wheels Nora in on a gurney and Burrell explains how he'll avenge what Eric did to Willa: A new strain of a deadly virus has been created - Hepatitis V - and Nora will be patient zero.

Bill meets with Lilith but she continues to speak in riddles: "The tyrant took your progeny, the blonde took Our Salvation." She tells him he must act now and forbids him to seek any more answers from her.

Sam meets with Martha at a lone gas station, returning Emma to her on the grounds she leave her pack and never return. Shortly after, Alcide confronts them and learns what they did with Emma. Though angry, Alcide backs down and warns them to never show their faces anywhere his pack can sniff them out, as he won't be there to save them.

At camp, Jason is "introduced" to Sarah Newlin. When alone, he threatens her into silence, promising to expose their history to Burrell if she reveals who he is. Sarah agrees - for now.

Bill wakes to a newscast announcing the partnership between the State of Louisiana and the parent company that produces Tru-Blood. A statement from Burrell promises the return of the beverage in just a few days at a discounted price. Realizing he's out of time, Bill demands the remainder of Warlow's blood from Takahashi. Once fortified, he speeds off into the daylight.

Sarah brings Jason to an observation room where she's set up an experiment to torture him - a "copulation study" where he'll be forced to watch Jessica have sex with another vampire. Jessica, distraught over killing Andy's daughters, believes she deserves her fate and begins to disrobe. However, James refuses - he's "a vampire, not a rapist."

A new, happy Terry brings the trash out at Merlotte's where he's shot. Arlene rushes to his side, but the shot is fatal.

At camp, Willa feels Eric summoning her. She glamours a guard into punching his way through other guards and scientists to Eric and Nora's cell. Once free and disguised as LAVTF, Eric uncovers the secret bottling plant and discovers that all the Tru-Blood is being tainted with deadly Hep V.

Bill approaches the Governor's mansion, impervious to the guards' bullets. Using mind control powers, Bill orders the guards to turn their guns on one another and fire. After confronting Burrell, Bill rips off his head and continues his search for the white room.

Back in Cemefaerie, Sookie tells Warlow that everyone considers her a "danger whore" and that maybe everyone's right - she has feelings for him that she doesn't want to have, but as it isn't the first time she's been attracted to a bad boy, she thinks she ought to accept this about herself. She offers her neck to Warlow so he can eat and bites his neck in return. Amid the feasting they have sex - with Warlow still bound to the gravestone.