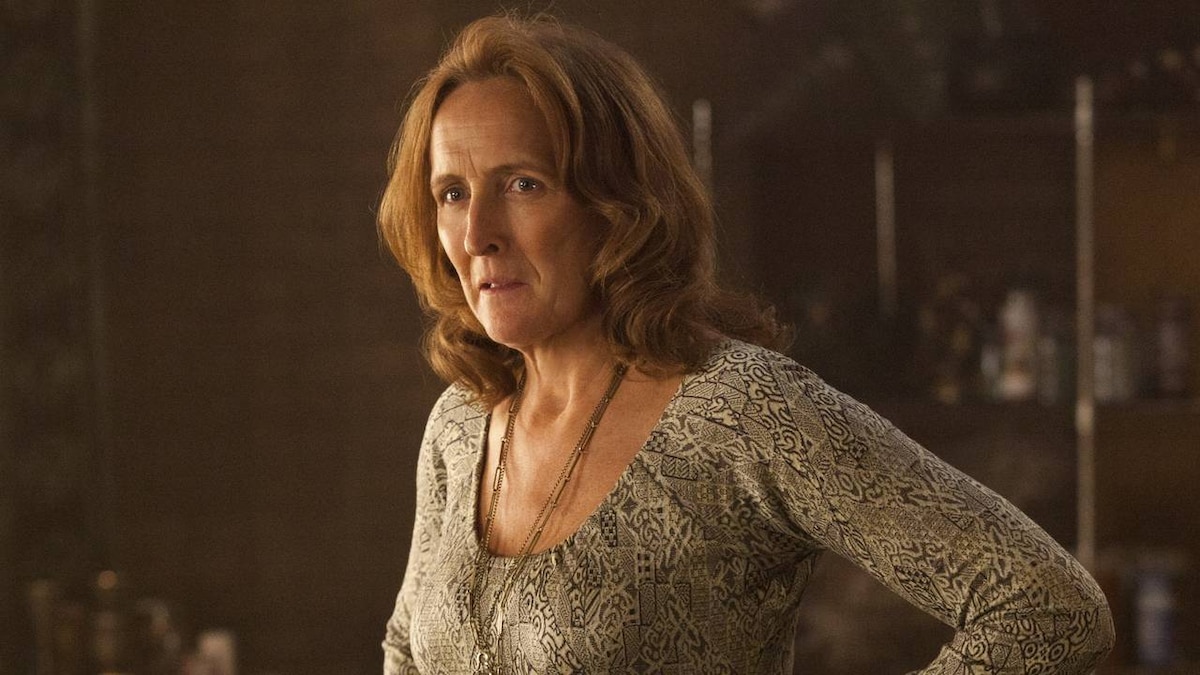 The witches' spell continues to draw Jessica further into the light. As her skin burns in the sun, Jason tackles her to the floor and slams the doors shut behind him. Marnie (Antonia) winds the spell down, and Jessica realizes that Jason saved her life. They kiss on the floor of Bill's house, and Jason carries the wounded vampire back to her maker. Bill is relieved to see his progeny is safe, but wary, as the spell may only be broken temporarily. He advises Jason not to report what he's seen-for everyone's sake.

To help Eric recover from the silver, Sookie allows him to feed on her. Then, he returns the favor. High on each other's blood, they enter the shower, where the world falls away, and they make love on a wintry landscape in their shared hallucination. Eric suggests they run away from everything, taking pleasure only in each other's company, but Sookie isn't having it. "You're a warrior," she says. "You don't run from a fight." They agree to go to war with Bill.

Marcus addresses his werewolf pack, including Alcide and Debbie, instructing them to stay out of the war between vampires and witches-no matter what. Alcide and Marcus gain a grudging respect for each other, recognizing responsible leadership and an understanding of their own limitations. Debbie asks Alcide to stay away from Sookie and the vampire baggage that comes with her. He agrees to commit to the pack. Marcus visits his ex-wife, Luna, and is shocked to see Sam there. The alpha in him ignited, the packmaster tries to intimidate Sam, who brushes him off.

Andy investigates the death of Beulah Carter, a closeted vampire who was killed by the witches' spell, and he can't help but crave V. Bill arrives on the scene and delivers a statement to the press about "vampire suicide." As Marnie (Antonia) watches the footage at the MoonGoddess Emporium, she is incensed that her efforts only killed one vampire. Bill calls her on the phone in an attempt to broker a peace between their kinds. She agrees to meet him in the Bon Temps cemetery at midnight, alone.

While Maxine is surveying the crime scene, Tommy breaks into her home and steals her clothing and makeup. He shifts into her and takes a meeting with the natural gas prospector at Merlotte's. Maxine (Tommy) agrees to the man's terms in exchange for a check cut on the spot.

Also at Merlotte's, Lafayette sees the Creole woman singing to baby Mikey again, and she locks eyes with him. That night, Lafayette dreams of the woman, whose name is Mavis, back in the 1930s. She's addressing her former lover, Virgil, with Mikey's creepy doll in hand-back when it was new. Virgil, who is white and married to someone else, has killed their child. He tells Mavis, "It's better for everyone if no one knows he existed." "Better for you," she counters. Lafayette wakes up, and Mavis inhabits his body. Lafayette (Mavis) breaks into the Bellefleur mansion, secures a sleeping Andy's gun and kidnaps Mikey.

Jessica returns home and tells Hoyt she wants to break up. She imagined he would be heartbroken, but he's angry instead. "You don't deserve me," he says. "And I don't deserve you...I deserve someone who's not f*cking dead." He rescinds her invitation to his home. Jessica shows up at Jason's door, but he too takes back his welcome, out of loyalty to his best friend.

At the cemetery showdown, neither group comes alone. Bill reaches out for a truce, and while Marnie (Antonia) appears to be considering the offer, Sookie reveals that she's actually casting another spell in her mind. Bill's human assault team moves into position, and Marnie (Antonia) summons a deep fog. Amidst the bloodshed of battle, Tara shoots a vampire and Pam pounces on her. As the rotting vampire is once again about to kill Tara, Bill forbids it.

After repelling one witch with her faerie power, Sookie is shot in the stomach. Bill has been silvered and incapacitated. Eric, who's been murdering and feeding on the witches with abandon, is stopped by Marnie (Antonia) and placed under her direct control. Alcide enters the fray and carries Sookie's body to safety, while a hurt Debbie Pelt looks on through her tears and her rage.