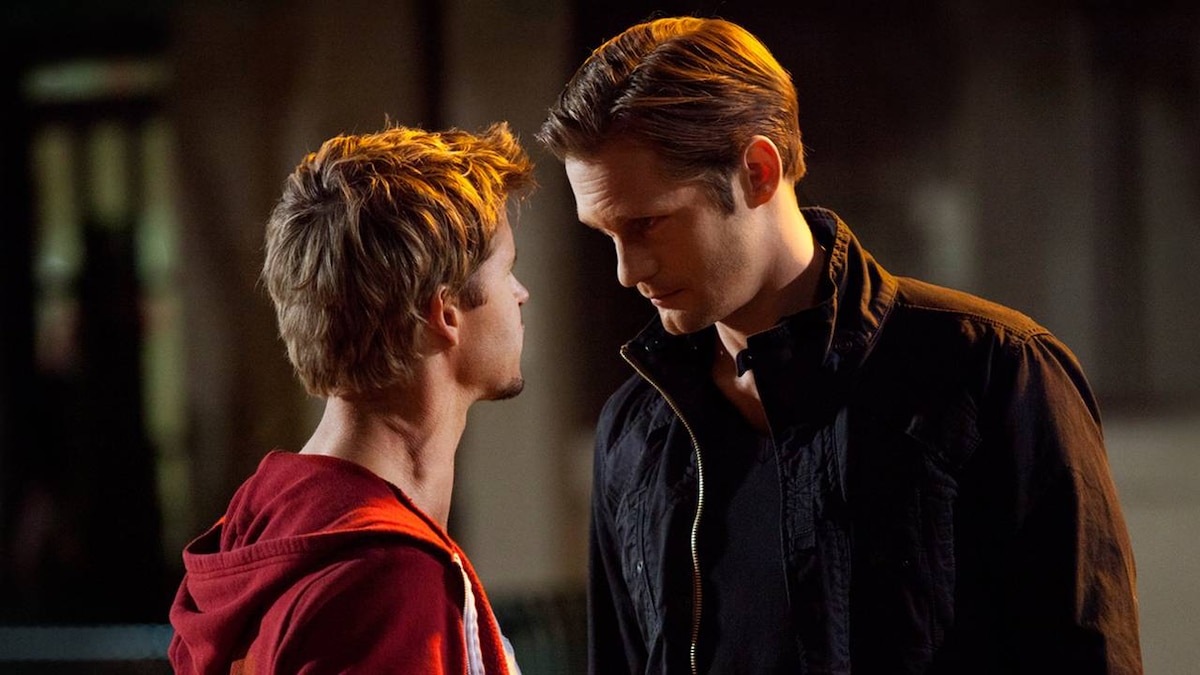 As the vampires gather outside to attack the MoonGoddess Emporium, the wiccans inside begin to panic. One of them, Casey, rushes at Marnie (Antonia), who flings a dagger at the young wiccan, killing her. The spirit of Antonia is outraged and disassociates herself from Marnie as Lafayette looks on. He reports to the others that Marnie and Antonia are having an argument, until Marnie overpowers the older witch, casting a spell that binds them together.

Jason convinces the vampires-Eric, Bill, Pam and Jessica-not to attack the MoonGoddess Emporium because Sookie is inside. The vampires under Marnie's control attack them, and are quickly subdued. Bill hurls one of them towards the MoonGoddess Emporium. She is caught in the protection spell wall, which harnesses the power of the sun, and she is instantly fried, as any other vampire would be.

Marnie agrees to negotiate with the vampires; she will allow Sookie to leave if Bill and Eric kill themselves. To everyone's shock, they agree to her demands. As they set about pulling it off-Bill will shoot Eric, then Pam will kill Bill-Pam fires a rocket-propelled grenade at the MoonGoddess Emporium. It hits the protective barrier and the explosion rocks everyone, inside and out. Jason's face is half-burned off in the blast, and Jessica rushes over to heal him with her blood. She and Pam are both hurt by their makers' decision to give their own lives for Sookie's.

Luna meets Sam and Alcide at Marcus's bike shop where she informs them that Marcus has taken Emma and gone missing. Emma calls Luna's cell phone, and Alcide recognizes the phone number as his own. They head over to his house, where he catches Debbie Pelt with Marcus. As Alcide holds off a screaming Debbie, Sam fights the man who killed his brother. He has the packmaster pinned, but ultimately lets him go. Marcus then lunges for gun, and Alcide snaps his neck. He turns his attention to Debbie and abjures her-a devastating act of disavowal among werewolves.

Andy wanders home alone from Fort Bellefleur, arguing with himself out loud. He hears a noise in the woods and sees several blasts of bright light, one of which manifests into a spectral figure. It's a woman, who introduces herself as Maurella. She reads his thoughts and asks him to protect her. After making him "swear to the light" on her glowing finger, she implores him to make love to her, and Andy happily obliges. Hours later, Andy returns home and recounts the story to Arlene, but it just makes him sound crazy.

Marnie looks into the pool of Casey's blood collected on the floor and sees a vision of her own dead body. She calls the wiccans to cast what she says is a protection spell, and they all reluctantly join hands, including Sookie. In reality, Marnie is having the wiccans cast a spell that draws the vampires towards the protection barrier to meet their deaths. Powerless to stop them, Jason communicates to Sookie on the inside. With a flash of her faerie light, Sookie breaks the spell. Marnie is outraged and places Sookie inside a ring of flames.

While all this is happening Jesus and Lafayette are holed up in the bathroom with Casey's dead body. Jesus lied to Marnie, saying he could save her, but actually plans to use her corpse to break the spell binding Antonia to Marnie. Using supplies he finds at the MoongGoddess Emporium and his own blood, Jesus goes to a very dark place. He channels the brujo power inside of him and unbinds Antonia from Marnie. Suddenly, the spells are lifted. Sookie is free of the ring of fire, and, with the protection spell broken, the vampires storm inside. A lone wiccan tries to protect Marnie, and Eric rips out his heart and tastes it. Bill shoots Marnie in the chest several times with an assault rifle, then once in the head.

Later that night, Lafayette and Jesus lay in bed, recovering from the night's excitement. As Jesus drifts off to sleep, the spirit of Marnie appears to Lafayette and disappears inside him.