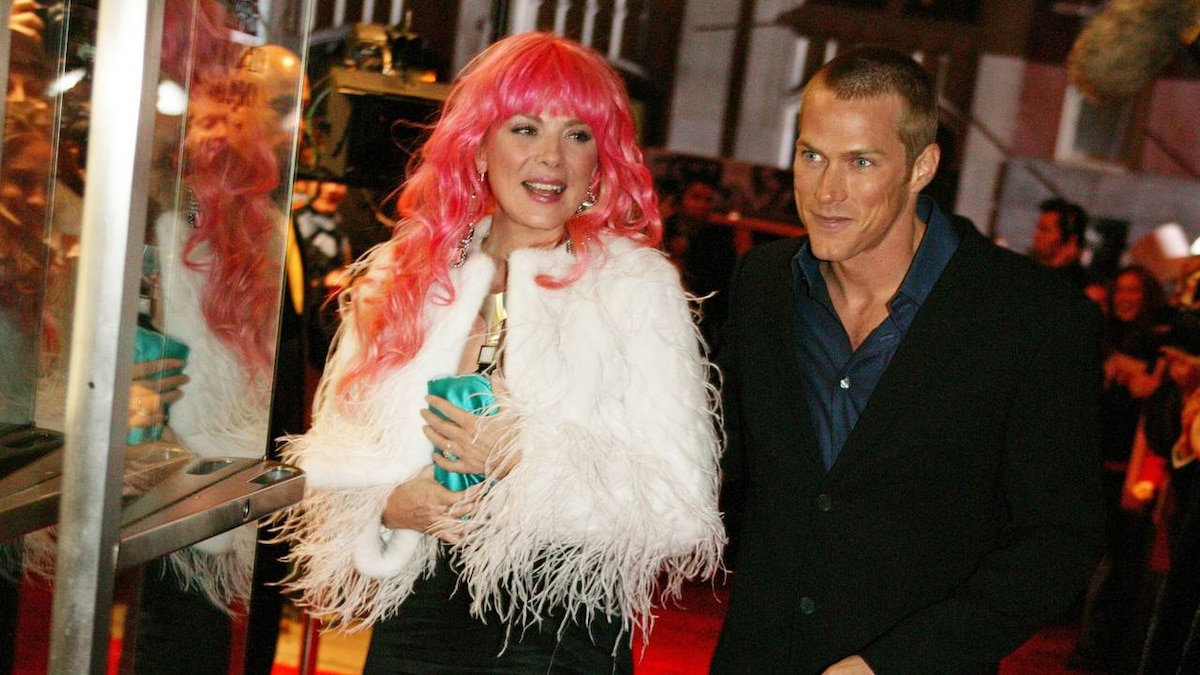 Out of the Frying Pan

In a change from their usual excursions around Manhattan, Petrovsky convinces Carrie to have dinner at her place. The meal goes well, but ends abruptly when a mouse (smashed by Petrovsky) runs across her countertop. Later, the two get to talking about Samantha and her cancer, and Aleks shocks Carrie by talking about a friend of his who had died of the disease, making her realize the severity of Samantha's situation. Carrie doesn't appreciate Petrovsky's black and white viewpoint, and she walks out on him.

Samantha's cancer treatments are going well, and she reacts positively to the chemo. Unfortunately, the procedure causes her hair to begin falling out. Samantha freaks out at this development, especially since she has Smith's big premiere coming up. A trip to a wig store proves unsuccessful, since none of the pieces can match her fabulous hair. After all of this, Samantha is forced to admit to both Carrie and herself that her condition scares her greatly. She then takes matters into her own hands, and decides to shave her head. Proving that chivalry isn't dead, Smith also shaves his own head in a show of solidarity, and the pair make the premiere in style.

Charlotte and Harry's quest to conceive continues in vain as Charlotte's latest round of IVF proves unsuccessful. She tries to run away from her problems (literally) by taking frequent jogs in the park. During one of these runs, Charlotte meets Trudy Stork and her King Charles spaniel Princess Dandyridge Brandywine. The Princess is a showdog, but she doesn't compete due to a minor cosmetic flaw. Charlotte relates to the dog, and her perceived imperfections. Trudy sees the bond between the two, and gives Dandyridge to Mrs. York Goldenblatt. A quick namechange to Elizabeth Taylor Goldenblatt cements the dog's place as the newest member of Charlotte's family.

Steve and Miranda discover that their apartment just isn't big enough for the two of them, Brady, Fatty and Scout. Steve suggests that the family move to Brooklyn, but the thought of leaving Manhattan doesn't sit well with Miranda. She grudgingly decides to take a look at one house in the outer borough, and though she doesn't immediately fall in love with the place, she does realize that moving to Brooklyn is the best course of action for her family. After some quick negotiations, she signs the deal, and the house is theirs.

After another mouse invades Carrie's apartment, she calls Petrovsky to try and eliminate that problem. After he takes care of the rodent situation, the pair begin to talk, and come to an understanding, bringing them back together again.

1.Let There Be Light

Carrie struggles to 'keep it light' after spending the night with Aleksandr. Charlotte volunteers to help others and winds up in the dark

Carrie wonders how many more romantic gestures from Aleksandr she can stomach. Miranda and Steve exchange 'I don'ts.'

Carrie considers whether or not the ultimate accessory for many women--a child--will match her lifestyle.

4.Out of the Frying Pan

Carrie avoids the cold weather with Aleksandr, but her friends don't warm up to him as easily.

Carrie considers a foreign concept posed by Aleksandr--and watches her old life fly out the window.

Carrie moves to Paris to be with Aleksandr, but finds things not quite as she expected.

Series finale. Carrie finds that life in Paris--and with Aleksandr--leaves her longing for familiar faces.