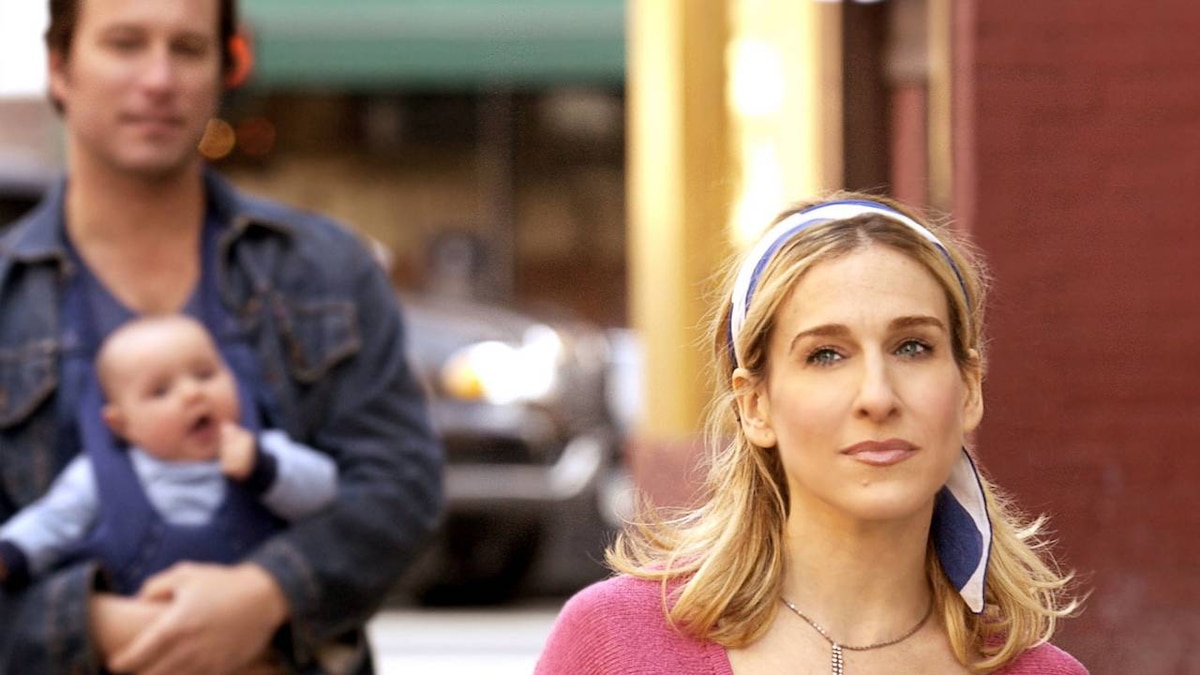 To Market, to Market

"I like my money right where I can see it... hanging in my closet." - Carrie

Carrie finally manages to set up a date with fellow author Jack Berger, but the situation makes Carrie as nervous as she is ecstatic. She fears that she'll screw up everything by having a lousy date, thereby dooming the entire prospective relationship. The girls suggest that Carrie go on a "Sim-u-date" with another man to calm her nerves and take the edge off the entire situation.

Meanwhile, Charlotte finds herself in a tough situation. Against all odds, she is falling deeply in love with Harry, but he can't get serious about her because she's not Jewish. She tries everything she can think of to make him change his mind (including bringing up the subject during the throes of passion), but he refuses to budge, since he promised his late mother that he would marry a Jew. Later, Charlotte begins to consider converting to Judaism for Harry. The lovers discuss their possible future, and when Harry accepts Charlotte's difficulty in having children, Charlotte realizes that he may be the man she's been looking for.

Things aren't any easier for Miranda, who finally admits to herself that she's in love with Steve. After much soul-searching, she decides to tell him during a dinner "date", but he beats her to the punch by revealing that he's already in an another relationship. Miranda's spirits plummet, and she keeps her feelings to herself.

Samantha, as usual, doesn't seem to be having any problems with men. She quickly seduces her new neighbor Chip, a successful stockbroker. Sleeping with Chip pays off well for Samantha, since whenever she becomes intimate with him, he gives her stock tips. Unfortunately, Samantha isn't the only woman getting stock tips from Chip, and during a delicate moment, the FBI burst in and arrest the broker for insider trading.

Carrie's "Sim-u-date" with graphic designer Willie Applegate does not go well. After getting balsamic vinegar in his eye and having a pigeon land on his head, Willie manages to absolutely destroy the entire tablesetting during a pratfall. This gets Carrie even more nervous for her first date with Berger. During an afternoon talk with Miranda, she spots Berger on the street, causing her to panic and run down the street and right into Aidan... and his newborn son, Tate. The meeting is awkward, but Carrie realizes that if both she and Aidan could survive their crash, then there is nothing that she could do on a first date that couldn't be bounced back from. She calls Berger up, and their first date goes off without a hitch.