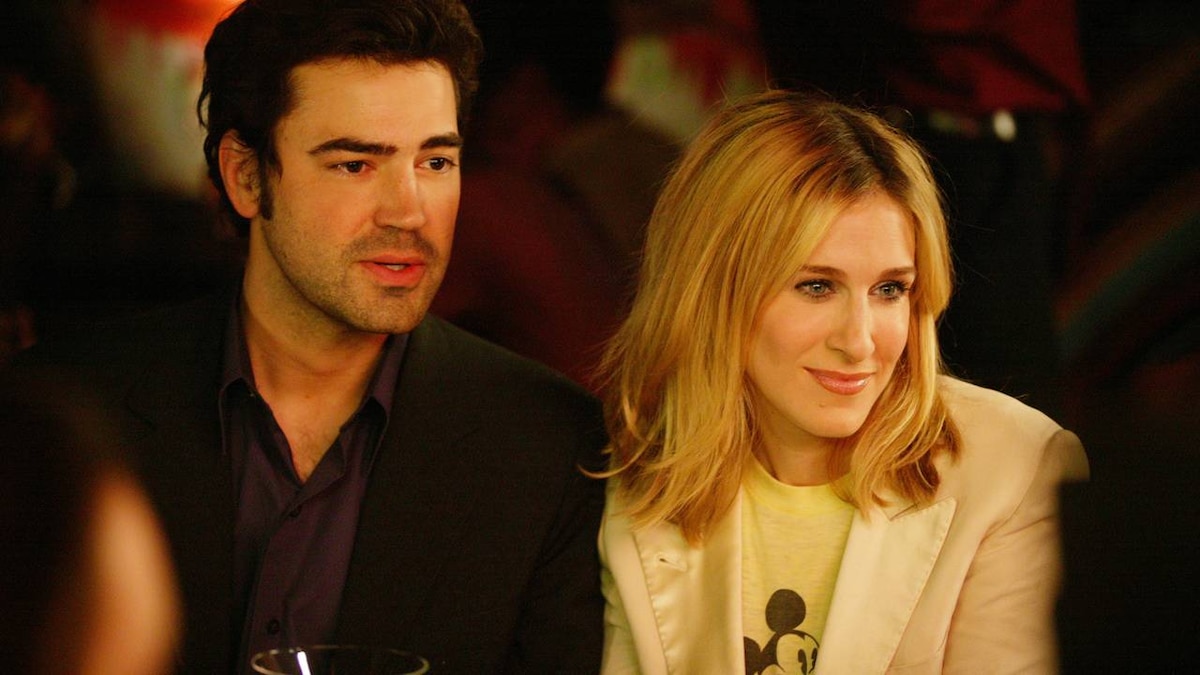 Carrie brings Berger out for a dinner with the girls, and the conversation flows smoothly, but things come to a screeching halt when Berger gives Miranda some blunt advice about her lovelife. The advice may be difficult to hear, but ultimately, Berger scores points with the girls for his honesty. Later that night, Carrie and Berger share their first "I Love Yous," and things couldn't seem to get any better.

Unfortunately, they soon get worse. Berger gives Carrie a copy of his book, "Hurricane Pandora." Carrie loves his writing, but gently ribs him for having a female protagonist from New York that wears a hair scrunchy. Berger does not take to this light criticism well, shutting down completely, and becoming very cold to our Ms. Bradshaw.

Meanwhile, Samantha and Jerry's sex life is heating up, with the pair acting out several different fantasies in the bedroom. Sometimes Jerry plays an IRS agent, other times a doctor... but the scenarios always end with a steamy bedroom encounter. While acting out one fantasy in a bar, Samantha is shocked by an unexpected bit of information about Jerry... that he's a recovering alcoholic. That puts the kibosh on the roleplaying for a while, until Jerry manages to meet up with Samantha and talk things out with her. Samantha accepts Jerry's past, but seems less thrilled with his real last name: Jerrod.

Miranda tries to test Berger's theory about men in her daily life -- namely that men don't send hidden messages to women -- but this backfires badly on Miranda when she goes out with a man and misinterprets her date's stomach ailments for a lack of interest.

The newly converted Charlotte takes to her new role as a Jew with great vigor. She peppers her conversations with Yiddish phrases and cooks Harry a massive dinner for their first Shabbat together. However, Harry wants to watch the Mets game during the Shabbos, leading to a huge argument between the two. Charlotte demands that Harry propose to her then and there, but instead, he walks out of her apartment, leaving her as another single Jewish girl in New York.

The tension between Berger and Carrie hits a boiling point at a Manhattan bar when Berger notices a woman wearing a scrunchy. He thinks that he finally gets one-up on Carrie, but it turns out that the woman is actually from Georgia, not New York. When the date ends, Berger decides not to come upstairs with Carrie, but rather than give up on the relationship, the two talk things out. Carrie discovers that Berger is still smarting from the commercial failure of his book, the real source of his recent discontent. With that out of the way, the couple make up and resume their perfect relationship.