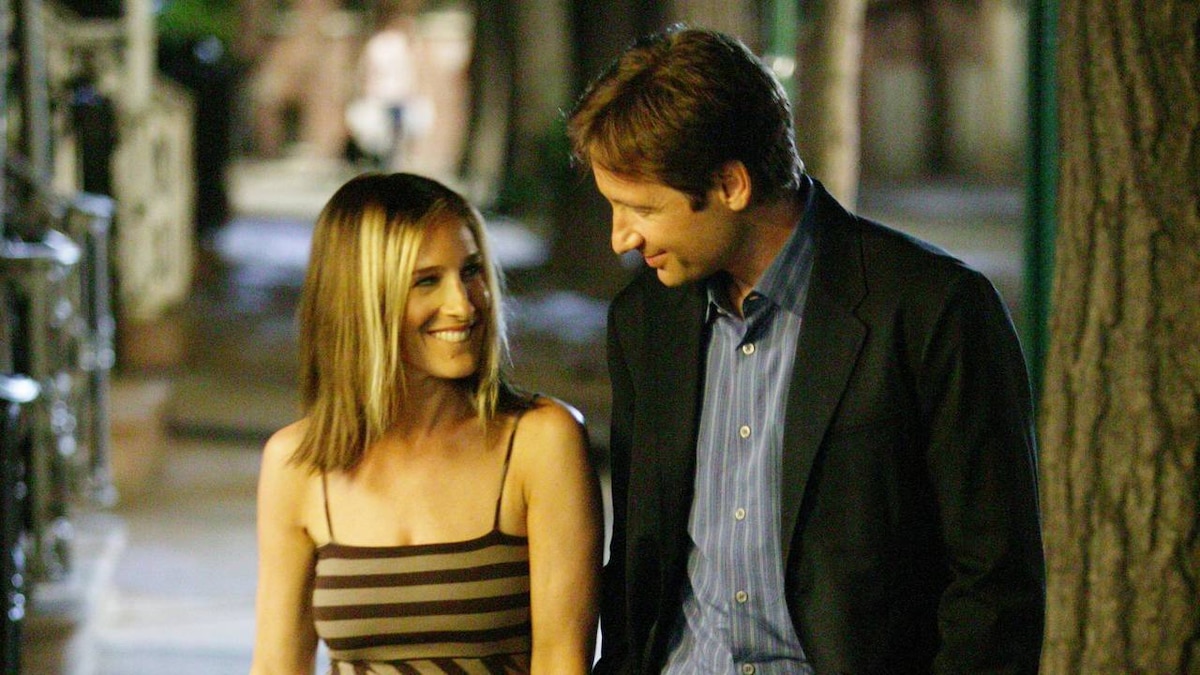 "He and Stanford are in love!" - Charlotte

"Well, according to 'Honcho', he used to be in love all over town." - Anthony

Carrie receives a pleasant surprise when her high school boyfriend, Jeremy, calls her up and asks her to meet for dinner. The pair broke up in High School, but their chemistry leads them to instantly reconnect. Everything seems perfect, until he reveals one fairly shocking bit of information... he is actually in the area because he's committed himself to a Connecticut mental facility.

The New York City summer heat is driving Samantha crazy, but equally frustrating is her inability to be granted access to SoHo, an exclusive club that features a fabulous swimming pool. Luckily for Sam, she finds a misplaced ID card that grants her access to the club, so long as she doesn't mind answering to the name Annabelle Bronstein. Unfortunately, a SoHo employee blows the lid off the deception, causing Samantha to beat a hasty retreat back into the sweltering Manhattan streets.

Approving Dr. Leeds' application to live in her apartment building proves to be one of the best decisions that Miranda has made in some time. The good doctor gives Miranda courtside seats to a Knicks game, but she isn't exactly thrilled to see a cheerleader flirting with him after the event. Later, Miranda thanks Robert for the tickets, and he comes clean with his feelings for her, sparking a romance.

While Miranda's love life is improving, poor Stanford's is in a downward spiral. Stanford and Marcus run into Charlotte and Anthony during lunch, and the wedding planner recognizes Marcus as somebody that previously worked as a male escort (advertising in 'Honcho' under the nom d'homme 'Paul'). Charlotte accidentally lets this bit of information make its way to Stanford, leading him to break it off with Marcus. Later, at the gay/lesbian/bi/transgender prom, Marcus approaches Stanford, and the couple decide to give it another go.

Carrie decides that maybe she can accept the prospect of dating Jeremy, even though he currently undergoing extensive psychiatric care. She even goes to visit him in the facility, discovering that he is easily the most sane person on the grounds. Unfortunately, Jeremy tells her that he's going to be in the instituation for another eight to ten months, smashing any potential that the two may have had as a couple. Even so, Carrie concludes that it was actually the sanest breakup that she's ever been through.