Full SERIES AVAILABLE | STREAM And Just Like That... ON HBO MAX

Sex and the City

Sarah Jessica Parker stars as Carrie Bradshaw, a New York writer who finds inspiration for her column from the genuine, emotional, and often humorous exploits of her friends and lovers.

Although Sex and the City last aired in 2004, the story isn’t over: Carrie, Miranda, and Charlotte navigate life and friendships as 50-somethings in New York City in And Just Like That..., a new series now streaming on HBO Max.

Discover more about the new series through the trailer and podcast, and stream the complete season on HBO Max.

1:32
TRAILER
A New Chapter of Sex and the City
Seventeen years after Sex and the City’s finale, see how the story continues in HBO Max’s And Just Like That…, which follows Carrie (Sarah Jessica Parker), Miranda (Cynthia Nixon), and Charlotte (Kristen Davis) as they navigate the complicated reality of their 50s in New York City.

Stream the very first episode of Sex and the City now — no subscription required. 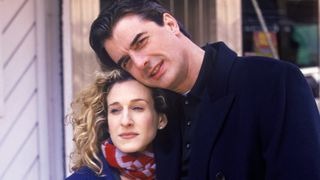 1.Sex and the City

In the pilot episode of this hit comedy series, Carrie and her friends vow to start having sex like men! 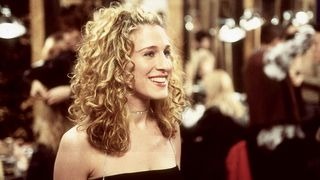 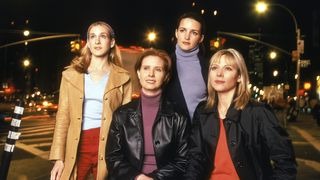 Carrie is invited to a couple's house in the Hamptons only to be flashed by the husband; Miranda's law firm thinks she's a lesbian.

4.Valley of the Twenty-something Guys

Carrie discovers the limitations of going out with a young hunk; Charlotte's boyfriend has a sexual favor to ask. 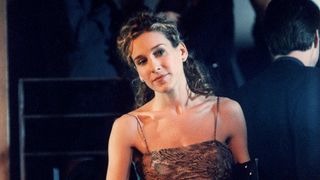 5.The Power of Female Sex

Carrie spends the night with a French architect who seems to be confused about her identity; a painter uses Charlotte as one of his models. 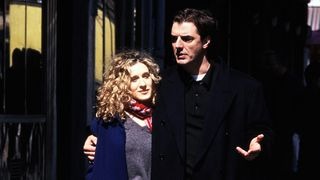 Carrie thinks that Mr. Big is keeping her a 'secret,' while Miranda discovers a sex secret about her new man. 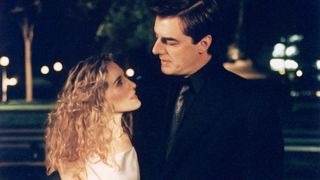 Carrie wants a monogamous relationship with Mr. Big, while Samantha refuses to have one with her realtor. 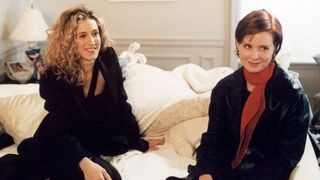 9.The Turtle and the Hare

Mr. Big tells Carrie he will never remarry, while Miranda introduces Charlotte to 'The Rabbit.' 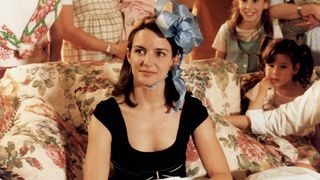 A baby shower for Laney--a wild-child-turned-soccer-mom--gets the girls thinking about their futures. 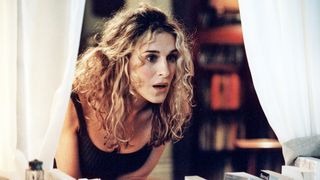 An accidental emission has Carrie certain that she and Mr. Big will never share a bed again.

In the Season One finale, Carrie wonders where things are going with Mr. Big after meeting his mother.