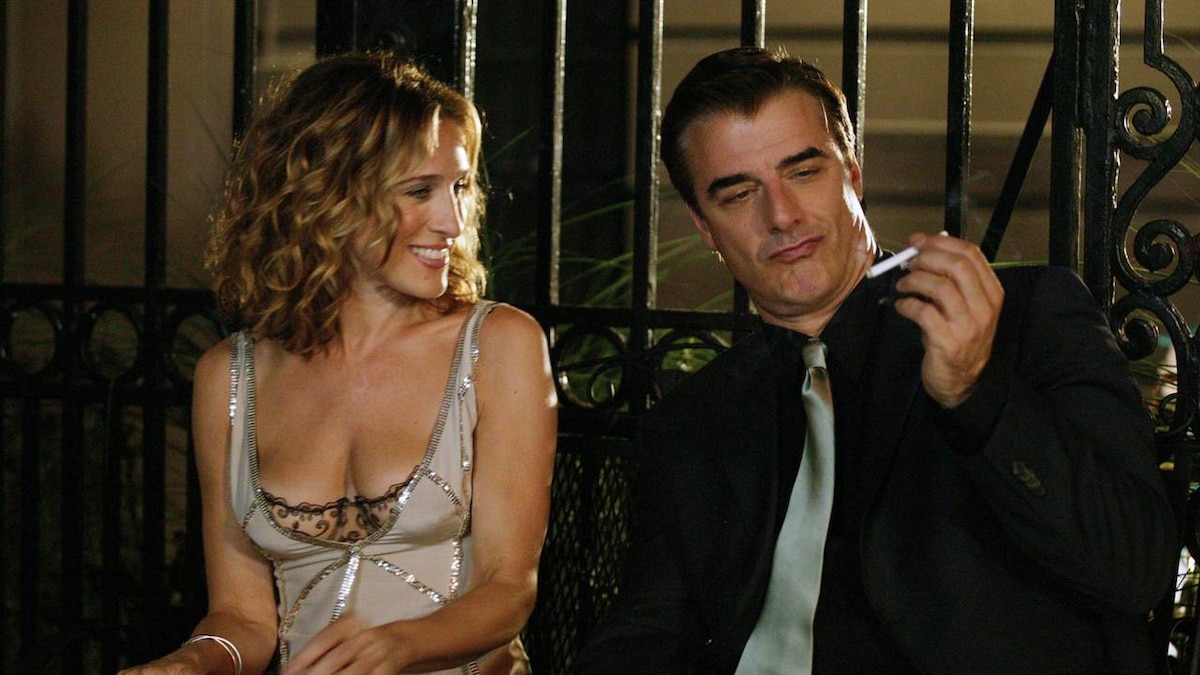 "Just how dangerous is an open heart?" - Carrie

Big is back in New York, but unfortunately, he's returned to Gotham to undergo an angioplasty. Carrie does not react well to this news, breaking down into tears whenever the subject comes up. The waterworks don't subside, even when Carrie visits Big after the procedure, making her realize that Big is somebody that will always be under her skin.

Miranda is torn as to how best to introduce Steve to her new boyfriend, Dr. Leeds. Luckily (or unluckily), this problem is solved for her when Steve walks in on the couple during a vigourous lovemaking session held in Miranda's apartment. The awkward meetings continue a few days later when Steve brings Debbie to meet Miranda, an encounter that suggest some residual feelings between Steve and Miranda.

Charlotte's ever present desire to conceive intensifies after a chance meeting with the very-pregnant Bitsy Von Muffling. She learns that Bitsy attributes her condition to the wonderful treatments of a Dr. Mao... leading Charlotte to sign herself up for an appointment. After a couple of visits (and scores of accupuncture needles), Charlotte finds that she's not able to center herself properly, since she can't block out all of the native noises of New York. Eventually, she abandons the treatments, attempting to get pregant without any help from far Eastern medicine.

Smith and Samantha's relationship hits an odd plateau when the actor tries to take Sam's hand as they're walking down the street. Samantha is so eager to refrain from the PDA that she actually trips and falls down an open hatch on the sidewalk. Smith isn't having any of this, telling Samantha in no uncertain terms that he loves her, and wants to be able to express his feelings. Samantha grudingly accepts, realizing that maybe a little hand-holding isn't so bad after all.

When Carrie tries to call Big in the hospital after the proceedure, she is shocked to learn that he's already checked himself out. Playing a hunch, she tracks him down at the Four Seasons Hotel, determined to help him recover. She makes the visit dressed as a candy striper, entertaining the patient with two boxes of dominos. After some light conversation, Big suddenly falls ill with a high fever. In a feverish delerium, Big opens up, and he and Carrie begin to wonder why they aren't together. But when the fever passes completely the next morning, Big is back to his old, closed-heart self. Carrie is saddened ,because she recognizes that life's too short for her to wait for Big to come around emotionally, no matter how much she loves him.