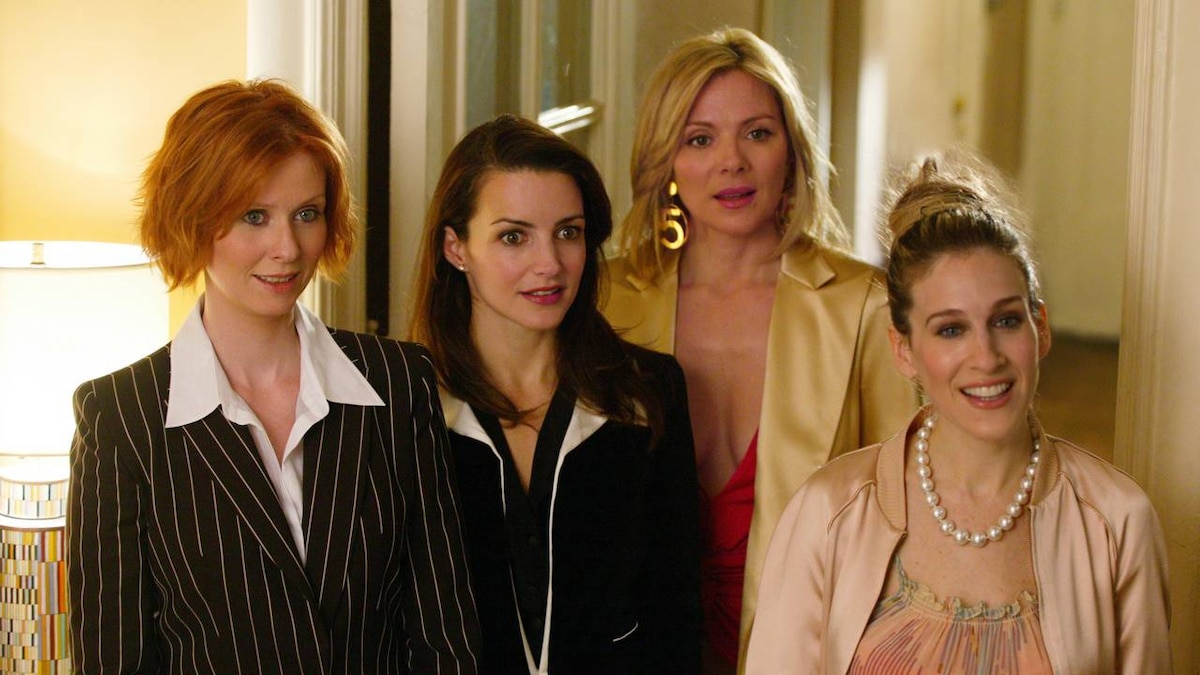 "The only one who should have to pay for a bad relationship is the person in your next relationship." - Miranda

Now past their problems in the bedroom, Carrie and Berger move firmly into the next phase of their relationship with Carrie making the first trip to Berger's apartment. While pleasantly surprised that Jack's apartment does not say "scary bachelor", Carrie is less thrilled when Berger uses the visit as an opportunity to open the dreaded "ex-file".

After a sleepless night at the hands of Berger's sound machine, Carrie accompanies the girls to the purse party of a recently-singled acquaintance. While surrounded by her beaded and furry creations, the girls begin to ponder the question: how much knowledge of your steady's past relationships is too much? The appearance of Samantha's nameless waiter takes the evening in a new direction. When Samantha and the waiter are caught behind the kitchen in a compromising position, he is fired and their "fragile" host ends the party abruptly. Several days later, Samantha tries to make it up to him with a $300 tip, which he refuses. After a conversation with Carrie, Samantha decides the only way to get back "in the kitchen" with her waiter is to turn the tables and "serve" him. The role-play works and waiter/actor reveals his name - Jerry.

Dealing with the new relationship of her ex, Steve, proves difficult for Miranda; particularly, when a diaper-bag discovery forces her to realize that the relationship is indeed moving forward, at least in the bedroom. Miranda continues to suppress her true feelings, lecturing a confused Steve on the importance of focus in parenting.

Meanwhile, a zealous Charlotte continues her conversion with an accelerated course in the Jewish faith. But doubts arise when she realizes that becoming Jewish means giving up some of her own traditions. Resolving not to be a "meat-eating vegetarian", she plans her last Christmas celebration (in July). After a touching moment with Harry by the tree, Charlotte realizes that the "memories she was giving up might be nothing compared to the memories she was getting." A content Charlotte completes her conversion, moving into her new faith with a bit of the old Charlotte and a bit of the new.

After a sexy "trip down memory lane" with Big and a spirited reaction from Berger to his ex's voicemail, Carrie continues to wonder "Can you get to a future if your past is present?" During another sleepless night, she breaks the ice by bringing up Berger's double finger incident, causing the two to confide in each other about their past relationships. With Berger's "ex-file" safely closed behind her, Carrie knows it's time to clean up her own past with a phone call to Big. The two resolve to be friends, as Carrie moves forward with her newly more serious relationship.