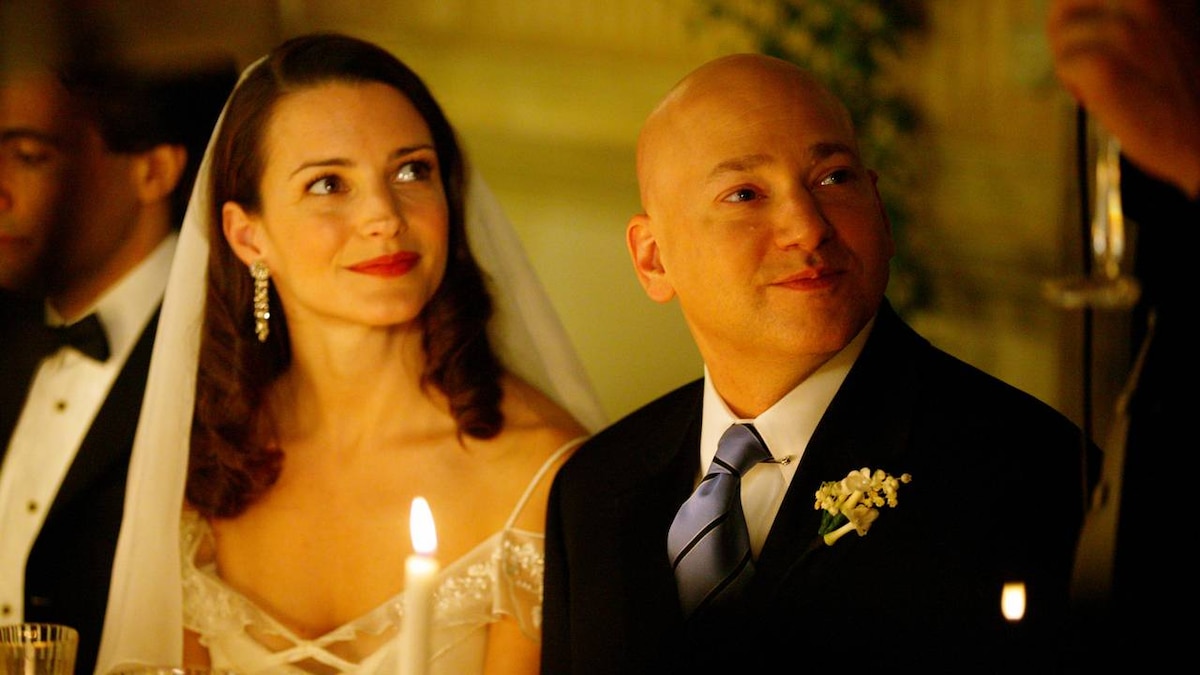 "I could never! I have the most terrible fear of heights!" - Charlotte

An assignment sends Carrie to explore the newest pastime for singles in New York... swinging through the air on the flying trapeze. Try as she might, Carrie just can't allow herself to let go of the bar and allow her instructor to catch her. While relating this situation to the girls, Harry appears and introduces Carrie to his best man for the upcoming nuptials. After much coaxing, Carrie allows herself a one-nighter with her fellow member of the wedding party, but winds up wildly unsatisfied after he proves to be a less than sensitive lover.

Also having relationship issues are Miranda and Samantha. Miranda finds herself hiding underneath her bed (nestled next to Fatty) when Steve drops by unexpectedly with his girlfriend Debbie. Miranda realizes that if she were to actually meet Debbie, she'd have to admit that Steve has found somebody else, and that's not something that she's overly eager to do. Equally troubled is Samantha, for loathe as she may be to admit it, Samantha realizes that she definitely likes having Smith around. She misses his helping hands in removing stubborn bracelets, but even moreso, she wants him around due to her ever-growing affection for the actor.

Charlotte and Harry's wedding day arrives, but much to the bride's chagrin, nothing seems to work out properly. First, Harry sees Charlotte while she tries on her gown, sending Charlotte into a panic. The Sunday Times wedding announcement is ruined with an ink stain on the image of Charlotte's face (making her look somewhat like a certain WWII dictator). Then at the ceremony, Charlotte manages to spill wine on herself, Harry is unable to smash the ceremonial glass, the best man (Carrie's fling) gives a raucous drunken toast and Miranda accidentally sets her tribute to the couple ablaze. Charlotte's "perfect" day is wrecked, but Carrie consoles her, reminding her that her wedding with Trey was flawless, but the marriage itself didn't work out at all. From that moment on, Charlotte enjoys the festivities, and happily anticipates her life with Harry.

Returning to the trapeze once again, Carrie still finds herself unable to let go and be caught by her instructor. However, as the girls cheer her on from the sidelines, she realizes that with friends like that, she'll always have a safety net.