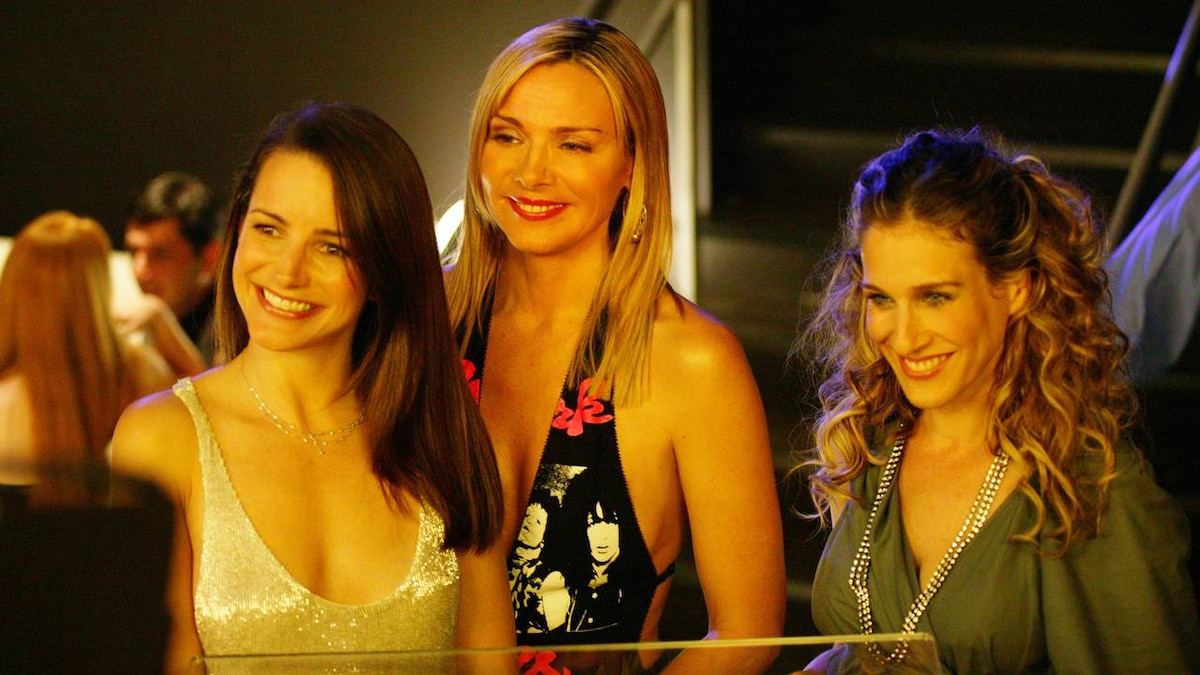 "I once was broken up with by a guy's doorman. 'I'm sorry Ms. Hobbes, Jonathan won't be coming down. Ever.'" - Miranda

Carrie and the girls are meeting for their usual breakfast when two bombshells are dropped. The good news is that Charlotte and Harry are engaged... but the bad news is that Berger dumped Carrie via a Post-it note earlier that morning. Carrie swears that she will refrain from giving Berger the satisfaction of an angry message, but winds up inadvertantly leaving one after badmouthing him to some of his friends at an exclusive club.

Charlotte absolutely basks in the glow of her engagement to Harry. Her ring is enormous (and patterned after the one given by Richard Burton to Elizabeth Taylor), and all seems well. All, that is, except for the nagging feeling that somehow this second marriage will be somewhat less special than her first. She tells the girls that this wedding will be far less elaborate than the last, releasing them from bridesmaid duties. Charlotte's attitude changes after running into a enthusiastic barhopping bridal party, rejuvenating her spirits and causing her to re-enlist her friends as bridesmaids.

Miranda is also in a funk until discovering that after many months of juggling motherhood and a career she is now able to fit into her "skinny jeans" for the first time since 1985. Her confidence soars, and she finds herself able to easily speak with the type of men that had been intimidating her. The jeans eventually split, but Miranda's positive new outlook remains.

Smith's career is rapidly heating up, but Samantha fears that he's moving too quickly by referring to her as his girlfriend during a private moment. She gives him a fabulous pair of Robert Marc sunglasses and coaches him to say that he's single when he makes an appearance on TRL, maximizing his teenage scream potential and keeping a comfortable distance between the pair. The plan backfires on Sam when she sees the broadcast and finds that she doesn't like hearing Smith declare his availability on national television.

Licking their wounds, the girls wind up in a dive bar. Samantha manages to score a joint in the bar, along with a man to potentially keep her mind off of Smith. Unfortunately, the man's girlfriend takes exception to this, chasing Carrie and Samantha out of the bar. The pair light the joint to take the edge off of their problems, but it just gets worse when Carrie gets busted for posession. Miranda, ever the lawyer, manages to talk the charge down to "smoking in a bar," leaving Carrie with just a small fine to pay. The girls then convene over shared banana splits, laughing as a very long day comes to an end.