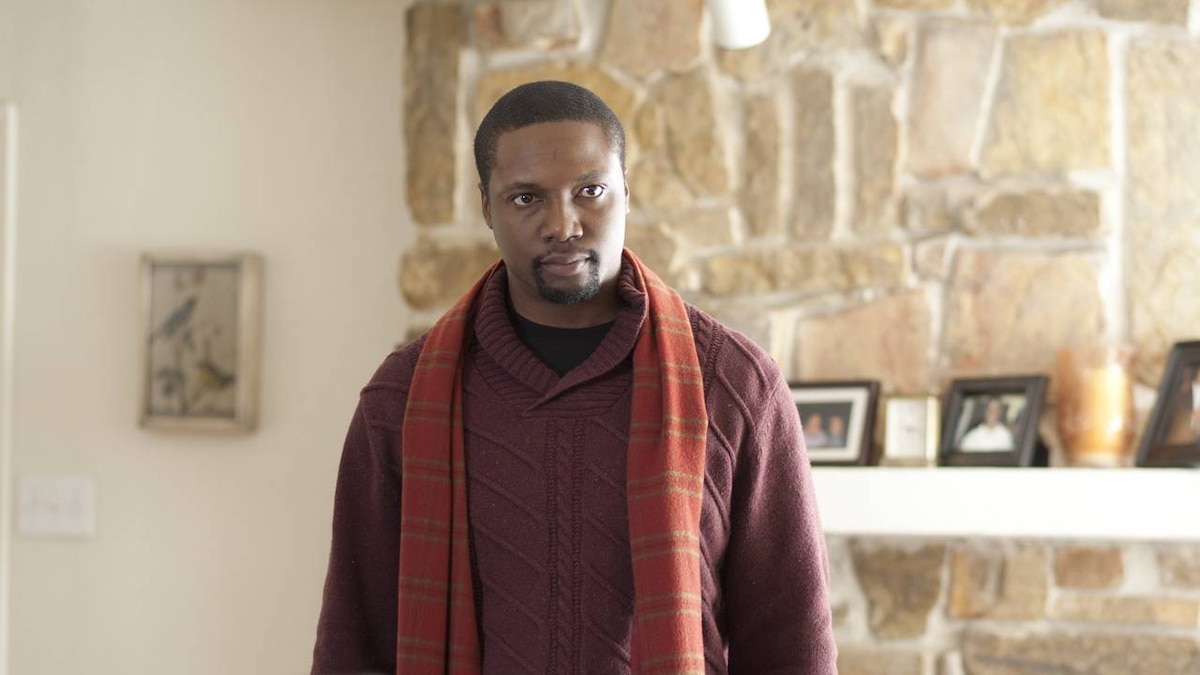 Antoinette 'Toni' Bernette finds Creighton Bernette sitting in the dining room. He chastises her for not telling Sofia about the "thingamahoogie" and she assures him she's been waiting for the right time. Sofia enters dressed as a mermaid and the three of them head out to join the parade. Toni wakes and realizes it was just a dream.

Nelson Hidalgo drives to a site and finds a wrecked neighborhood. "The glory that was Rome," he sighs.

As Albert and Delmond Lambreaux prepare to leave Davina's house in Houston, Albert works on a suit for Ronnie but says he's not going to Mardi Gras. Insisting he's been sewing, Delmond invites his father to New York to help with his suit.

Desiree approaches the principal at Plessy Charter School to see if he can make room for her cousin's kid, currently enrolled at John Mack, a school plagued with security problems. Although sympathetic, Dr. Frasor says there's simply no room.

Antoine Batiste and Darren LaCoeur address a room filled with disappointed band students: They won't be marching in the parade. LaCoeur says even with instruments, they aren't ready; Baptiste schools the kids about the soul of jazz music.

Sofia realizes everyone knew about her father's suicide but her. A friend reveals they all thought she already knew. When Toni arrives to pick her up, Sofia refers to her as "mama liar."

Harley Watt tries to encourage Annie as she struggles with a new song.

Sonny performs with the Soul Apostles but gets docked half his pay for arriving late. Henry Butler invites Batiste to think about joining him on his world tour.

Davis gives Lil Calliope CDs to help him channel the attitude and the anger of Guthrie, the Clash and Public Enemy. Although Annie is skeptical, Davis believes Calliope is the man to deliver their message.

Lt. Terry Colson encounters Capt. John Guidry who is angry that Colson went over his head with his opinions about the murder investigation. Colson says it's not about departments or districts - the city is on its knees.

Annie accompanies Tom McDermott and discusses songwriting techniques with him.

Hidalgo and C.J. Ligouri discuss the blighted property on North White Street. Hidalgo notes he was congratulated on his successful bid - but the auction has yet to happen. Ligouri suggests that $1.1 million seems a fair price for the lot.

Desautel and Delmond eat together in Chinatown and trade stories about following their dreams.

Davis drops in on Donald and Allan next door and presents them with a fine Bordeaux to smooth the way for the rehearsals set to take place at his house.

Albert arrives in New York and is shocked at how small Delmond's apartment is. The two head to the bead store for supplies and Albert is amused that after Delmond's bragging about the inventory, the shop needs to special order what Delmond wants.

At breakfast, Colson complains to Toni about Homicide. Majeeda Snead of the Law Clinic tells Toni she has updates on the Abreu investigation. Toni invites Colson to join the Pigeon Town steppers second line with her.

In her room, Sofia records her latest profanity-laced rant while Toni eavesdrops outside.

Eric Ripert, recognizing the bond of chef and sous-chef, gives Janette Desautel time off so she can take care of a situation with Jacques who has been arrested.

LaDonna tells Larry she plans to return to New Orleans after Mardi Gras. At Gigi's, Batiste finds out LaDonna hasn't been coming in. Upset with Sonny's continued lateness, Batiste fires him from the band and gives Richard control of logistics so he can concentrate on artistic decisions. Richard agrees to play straw boss, and then immediately fines Batiste who can't make it to the next gig.

Annie seeks refuge with Donald and Allan while McAlary's band practices next door.

Hidalgo wins his auction and approaches Thomas with a proposal to supply computer cable at discount prices. In exchange for considering, Thomas asks for help with a favor.

Bernette goes to the Law Clinic where she learns about a body found in the Iberville Projects. An eyewitness saw Leon Seals being chased into the building. When law student Robert Turner returned to the site, he found shell casings matching the ones from the Abreu murder.

Desautel visits Jacques in jail and promises to get an immigration lawyer on his side.

Hidalgo hands over $2000 to the head of the Pigeon Town Steppers so they can pay the fee and perform on Sunday.

Annie and Harley take in John Hiatt at the House of Blues. Moved by "Feels Like Rain," she is surprised to find out that it predates Katrina, and learns how a great song can transcend time.

Hidalgo tells his new date that he's realized New Orleans is really a village disguised as a city. He makes plans with her to go to see the second line.

Larry prepares Mrs. Brooks' house for sale. Desautel drives past her old restaurant and finds a new one in its place.

Delmond confesses he won't be ready but shows his father what he's managed to accomplish so far. "Someone taught you how to sew at least," Albert says begrudgingly. Delmond reveals that the Indian on the bib is Albert; it's his to wear on Mardi Gras.

The detective on LaDonna's case visits with a photo array - they arrested some men for the same crime the week before. LaDonna recognizes her attackers instantly.

The crowd gathers in Pigeon Town to watch the Steppers. Colson joins Bernette and his fellow officers kid him about it. Granted a reprieve, Sofia enjoys the second line with friends.