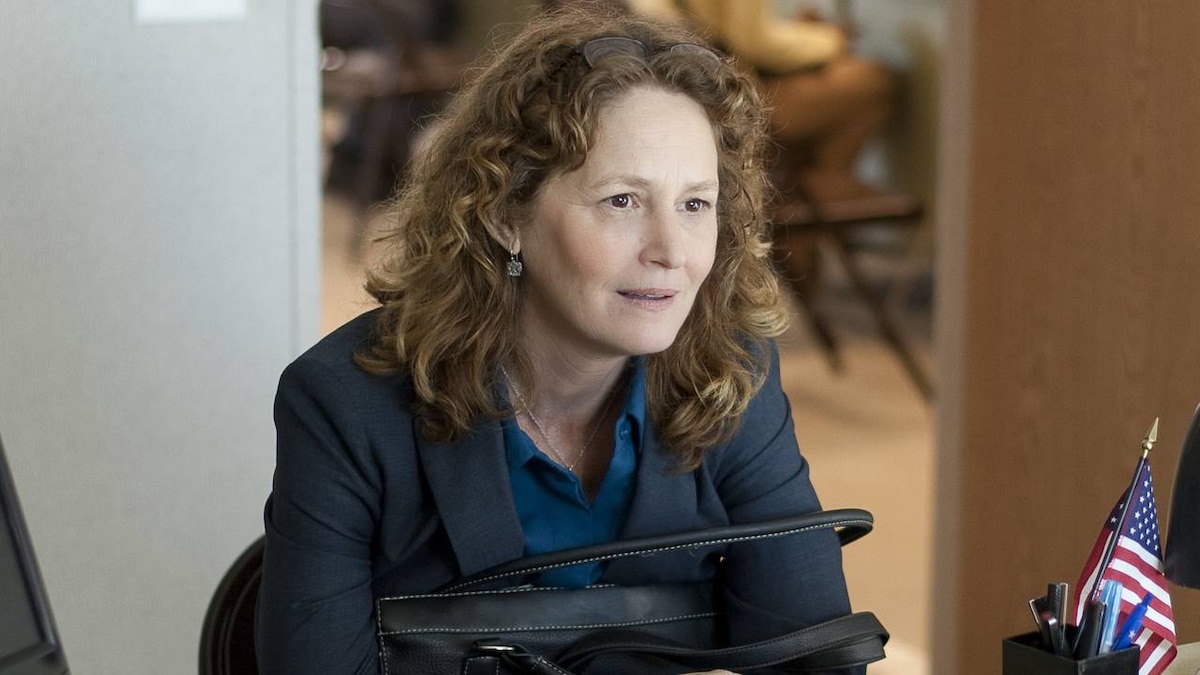 Everything I Do Gonh Be Funky

As Albert Lambreaux works on the ceiling of a mansion, he listens to his son Delmond on the radio. In tribute to his father, Delmond performs the first song Albert ever taught him to play. Finished for the day, Albert leaves the job site, walking away from the radio.

New Orleans Police Department Lt. Terry Colson addresses his officers and compliments them on a job well done, but reminds them to "let Bourbon Street be Bourbon Street": Don't write up the small infractions that will only end up taking them off the streets where they're most needed. Colson talks to Sgt. Percillina "Percy" Bechet about the grand jury investigation of the Danziger Bridge situation. "We can't look back," says Colson. "We need to deal with the here and now."

Vincent Abreu approaches Antoinette "Toni" Bernette about investigating his son's death during the aftermath of the federal levee failures. Abreu perseveres despite Bernette's misgivings. He was told his son Joey was killed by looters, but no one in the NOPD will give him the whole story.

Delmond looks for his father at Poke's and learns that everyone has decamped to Albert's house. Arriving there, he sees the house is in worse shape than Poke's. Albert shows Delmond the insurance check he received for "495 dollars and no cents."

In Brulard's kitchen, the saucier shows Janette Desautel a copy of Alan Richman's takedown of New Orleans restaurants in GQ magazine. She is furious.

A tag team of kids take Sonny's tip jar while he's performing. Eager to get off the street, he posts a flier looking for a stable guitar or piano gig.

Batiste tells Desiree he's thinking of starting up his own band. He travels to the clubs around town, courting musicians to perform with him.

Toni Bernette meets with a police public information officer to talk about the Abreu case, asking him to get the detective in charge to give Vincent Abreu a call and put his mind at ease.

Larry Williams and LaDonna's boys eat at Gigi's. Larry is unhappy to hear LaDonna's idea of bringing live music to the bar.

When Hidalgo meets with a FEMA official and hands him C.J. Liguori's business card, the FEMA official steers $200,000 in demolition work his way. Reyes points out they don't know the first thing about demolition and debris removal. They also don't have the equipment for it. Hidalgo is nonplussed.

Desiree sits in on a Parent-Teacher Night event at her school, listening to a list of complaints. She whispers to a colleague that this was bound to happen when the city laid off all the teachers. Noting the unusually large turnout, two agree they have never seen parents so interested in what's happening in the schools.

Toni checks in on Sofia and finds her bed empty. At a bar with her friends, Sofia ignores her mother's calls.

Brulard glares at the food his staff is plating while the waiters worry about unhappy patrons leaving. Stopping at Janette's station, he tells her to honor her fish, and not to rush the process. Demonstrating, he meticulously readies the dish - but the table it's meant for has already left.

Annie tries to get Davis to agree to buy a deep fried turkey from Popeye's, but discovers he already has family plans that don't include her. Davis tries to explain it's not her, it's them.

Janette wakes to find a stranger in her bed and her roommates getting high watching the Thanksgiving Day Parade. When she's not looking, her one-night-stand lifts some money from her wallet.

Toni goes to Colson for help on the Abreu situation, explaining that the public information officer was no help. Colson places the call, but warns her that people are going to know he's doing it for her.

Enjoying himself with Liguori at the race track, Hidalgo recognizes Ruffins performing. Liguori is impressed he's learning the city. Hidalgo breaks the news that even with an ongoing federal investigation, Bill Jefferson still has a number of supporters. Ligouri tells him he likes Bobby Jindal for governor, and also points him to City Council President Oliver Thomas as a man worth meeting.

Davis is chastised again by his station manager for playing too much bounce.

On Thanksgiving Day, Sofia and her mother have a silent dinner at Commander's Palace. Antoine carves turkey for Desiree and their daughter, Honoreé. LaDonna and her family have their last Thanksgiving at her mother's house before Mrs. Brooks moves to Baton Rouge. Annie joins the McAlary clan at their home in the Garden District.

Albert prepares dinner in the driveway for his extended family. Davina realizes that Delmond's date is his "local" girlfriend, and Delmond warns her to keep quiet. The two worry about their dad - he hasn't begun sewing yet. Delmond suggests they hint he wants to mask too, as incentive.

Davis tries to cut short Annie's bonding with his mother by taking her to a bounce performance. When Annie refuses to leave, Aunt Mimi surprises everyone by offering to take her place, and impresses Davis when she is at ease at the club.

The next day, Hidalgo puts his team of haulers together and promises $25,000 each for clearing the site in three weeks. The four haulers, including Robinette, take the work but wonder how much Hidalgo is clearing.

Davis argues with his station manager... and packs his things again. Mrs. Brooks removes the last of her belongs from her house. Albert fails to show up for Indian practice at Poke's. Heading out, Antoine runs into a robbery victim. He commiserates with his fellow musicians about the increase in crime.

Sofia fakes sleep to avoid talking to her mother.