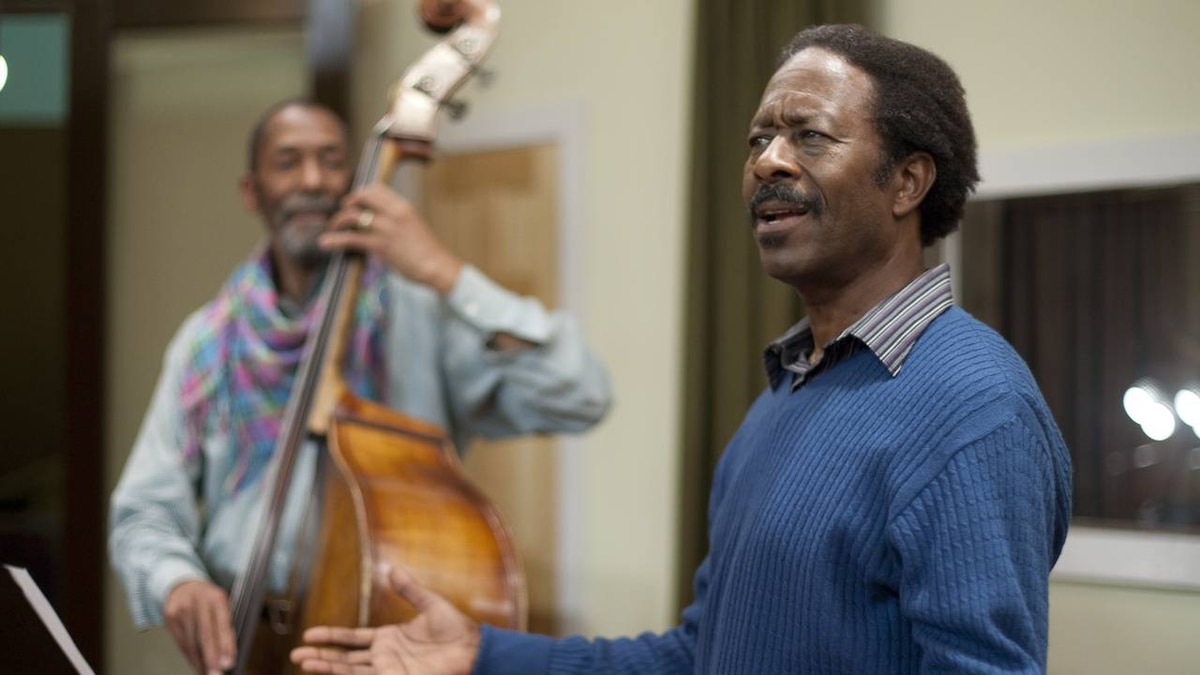 What Is New Orleans?

What more could you ask for? D.J. Davis McAlary is back on the air at WWOZ, although he's promoting his new record rather than hosting a show. He's brought along Lil Calliope, the rhyming phenom he discovered and features on the CD.

Well, if you wanted to get picky, you might ask that Darnell, the station manager, not get so livid at the mere sight of Davis in the studio. You might also ask that Lil Calliope not use the appearance as an opportunity to give D.J. Jeffy Jeff a copy of the track he recorded without Davis' blessing or participation.

Delmond Lambreaux's glass is similarly half full. He has assembled an all-star cast to record his new music including Dr. John on piano, Donald Harrison, Jr. on alto sax, Carl Allen on drums, and the legendary Ron Carter on bass. But Delmond's father Albert isn't happy with the sound. He even goes so far as to take the bass out of Ron Carter's hands and instruct him in the fine art of playing the instrument.

These days LaDonna Batiste-Williams does little but sit around the house and drink. Her husband, Larry Williams, is tired of it. He demands that she pull it together and sell the bar. On the legal side, the stakes get higher when LaDonna is told that the other victim has declined to testify against the rapists. That leaves her as the only witness.

Her arrest for joyriding and possession of drugs has done little to improve Sofia's attitude. But lectures from her no nonsense lawyer and her mentor, City Council president Oliver Thomas, may have more impact.

Toni Bernette is not the only one with kid problems. Lt. Terry Colson has his sons for the weekend. Desperate for a respite, he drops them off at the movies and meets Toni at the Columns Hotel bar for a drink. He tells her that he's been re-assigned to the homicide division, the very police unit he has criticized. Capt. John Guidry, the commander he has been criticizing, is still in charge of the unit.

Lil Calliope's star seems to be steadily rising. "The True," the song he recorded without Davis, is being played on Q-93, the hip-hop station. When D.J. Davis and the Brassy Knoll take the stage, the crowd screams for the song. Davis tries to be happy for him.

Janette Desautel is loving life at Lucky Peach, David Chang's restaurant. She watches in amazement as the master performs culinary magic with a soft-boiled egg. Nelson Hidalgo's fortunes are rising as he and his cousin, Arnie Reyes, look for more willing sellers in the lower Mid-City neighborhood C.J. Liguori has directed them to.

Sonny maneuvers to see Linh, the shrimper's daughter, again. Is he making progress? Antoine Batiste and the Soul Apostles are clearly not making progress. The club is almost empty when they play the Blue Nile. But Batiste has an idea. He'll steal the crowd from Kermit Ruffins' gig down the street. Kermit is not amused. Robert, Batiste's trumpet playing student from Theophile Jones Elie school, has snuck out of the house to hear his teacher perform.

Anthony King, the investigator, accompanies Toni as she tracks down a witness who had been reluctant to testify about the post-Katrina police shootings. This time the witness is more forthcoming. He says he had actually told the authorities about the shooting shortly after it happened. But a police officer with a French name, (Prioleau perhaps?) had made it clear that if he testified against the cops he and his family might have troubles of their own.

Harley Watt's friend "Slim Jim" Lynch is visiting from London. He plays his penny whistle with Annie and Harley on what turns out to be their last gig together on the street.