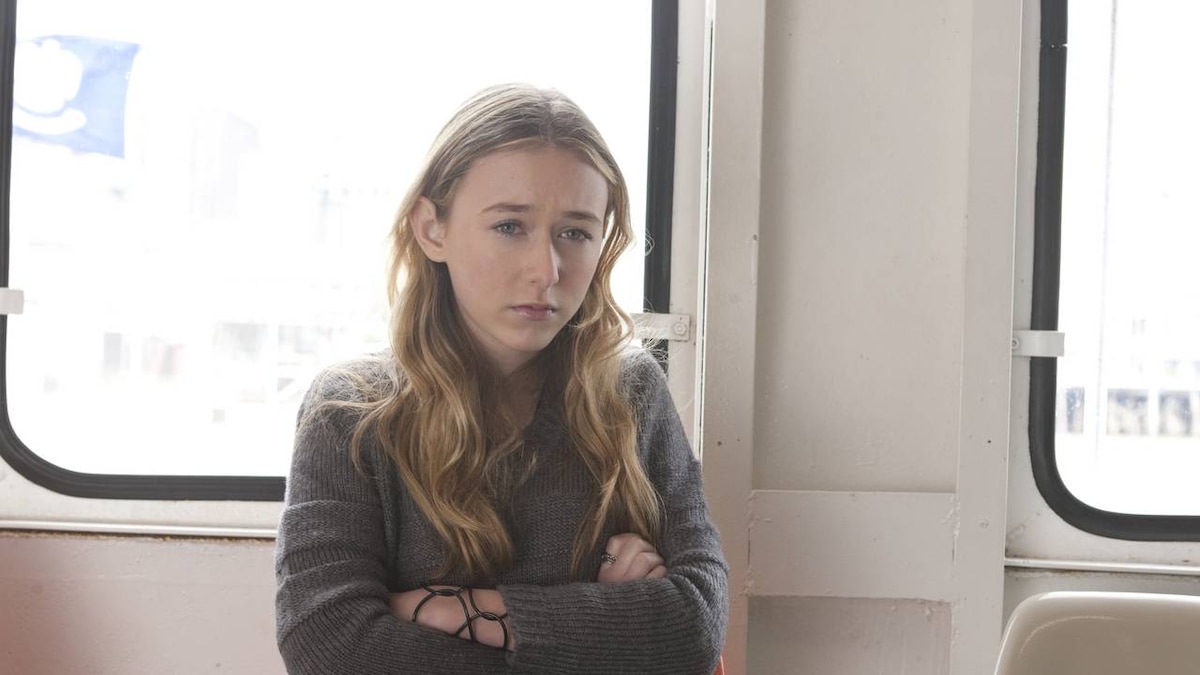 Mourners gather for the funeral of Dinerral Shavers. His sister, Nakita, breaks down remembering how he and his band surprised her with a second line parade at her high school graduation. Antoine Batiste, Davis McAlary and Annie are among the many who gather to pay their respects. The musicians in attendance lift their instruments in salute to their fallen friend.

Sofia Bernette attends an assembly about the recent suicide of a teacher at her school. She is surprised when a faculty member pulls her aside to offer special assistance.

In his band class, Batiste finds out that one of his students was hospitalized after a shooting. The other kids seem nonchalant about it.

Lt. Terry Colson watches the news as the "Danziger 7" turn themselves in after being indicted for allegedly shooting several people on the Danziger Bridge in the aftermath of Hurricane Katrina. Antoinette ‘Toni' Bernette watches on TV from her office; she represents one of the victim's families in a civil case. With so much going on and no fresh leads in the Abreu case, she decides to pass the case on to the Loyola Law Clinic.

Albert Lambreaux gets a surprise visit from a city inspector and finds out he's missing permits for the work he's been doing: He'll need a licensed plumber with a permit to redo the work. The inspector threatens to shut down the water over Lambreaux's protests.

Desautel apologizes to Tom Colicchio for the Alan Richman incident, as it was Colicchio who had recommended her for the job at Restaurant Brulard. The chef suggests she talk to Eric Ripert: Not only is Ripert a genius chef, he's also ate at Desautel's restaurant in New Orleans.

Annie tells Harley Watt that she felt a sense of community with her fellow musicians at the funeral that morning. When she recounts what happened with Shawn Colvin's manager friend, Harley tells her it's not enough for her to sing - she'll also need to write her own music.

C.J. Liguori and Nelson Hidalgo have dinner at Mosca's. Liguori points out what makes New Orleans so great - its devotion to its past - is also what's stopping its progress. The two of them talk about the logical next step - planning - and how Hidalgo's newcomer status will come in handy.

Sofia spends the afternoon riding the ferry. When she returns home after dark, she is grilled by Toni. She protests, telling her mother she didn't do anything she shouldn't.

Colson arrives at a murder scene - the year's first in his district, the fourth city wide. He goes to another location where a break-in has occurred. The mother was shot and killed instantly when she opened the door late at night. Her husband, protecting his infant son with body, survived three shots. When the investigating detective suspects the husband is the shooter, Colson is incredulous.

The live music at Gigi's has drawn a crowd, but LaDonna gets unnerved serving drinks in her packed bar. A patron startles her and she vomits in the bathroom. John, the bartender, escorts her to her car and she puts him in charge of closing.

Colson researches the stats and connects the shooting of the couple to a robbery a few blocks away. But the investigators on the case still feel the husband is responsible.

Toni sends Vincent Abreu a bill for the time she put in on his son's case but waives the fee. She just wants him to know what it would cost to pursue the case. Feeling financial pressure, she instructs her assistant not to take any more walk-ins.

Desautel goes to Le Bernardin where chef Eric Ripert offers her work, but she'll have to start at the bottom, as is the custom at the restaurant.

Mimi and Davis have a phone meeting with Mannie Fresh. When Davis strikes out with his pitch, Mimi steps up and quotes Mannie's verse back to him. Impressed that Davis' Garden District "teedie" has such chutzpah, Mannie agrees to participate.

Mrs. Brooks is worried when LaDonna refuses to get out of bed and opts to stay in Baton Rouge on Saturday.

Councilman Oliver Thomas takes Sofia to court to see her mother argue the case against the city's increased permit fees for second line parades. Sofia leaves before her mother is finished. When Sofia asks Thomas why he's hesitating about publicly sharing his opinion about the fees, he gives her a lesson in politics.

Batiste sets up at Gigi's and is annoyed that some of his guys have sent subs.

Liguori and Hidalgo work out some details of their deal, but Liguori still doesn't explain why they're investing in that part of town.

Davis uses Aunt Mimi's credit card to send a box of Sazerac ingredients to Desautel in New York. Annie performs her new composition for Davis and Simply. Neither of them mentions she has inadvertently ripped off Bob Dylan. When she performs it for Harley, he tells her.

Toni goes to the Loyola Law Clinic offices and reluctantly hands off the Abreu case.

Cotrell delivers mail to Lambreaux who learns his Road Home application was rejected for not having his wife's signature. But, as he already told them on the application, she died in 2003.

Colson talks to the deputy chief of operations about the possible connection between the break-in and the murder, and the overall poor quality of the police work in the case. The deputy chief agrees to talk to the captain.

At the Blue Note, Delmond plays Jelly Roll Morton's "Milenberg Joys," but the only audience member to really appreciate it is Desautel. Afterward, she joins Delmond and Jill for drinks.

Davis and Simply check out Lil Calliope, a young rapper. Davis is impressed.

Cotrell calls Delmond to express his concern - Lambreaux is fed up and packing for Houston.

Thousands of citizens, black and white, converge on City Hall from various parts of the city to protest the violence overtaking New Orleans. LaDonna watches the news from Baton Rouge; Hidalgo watches from a bar stool.