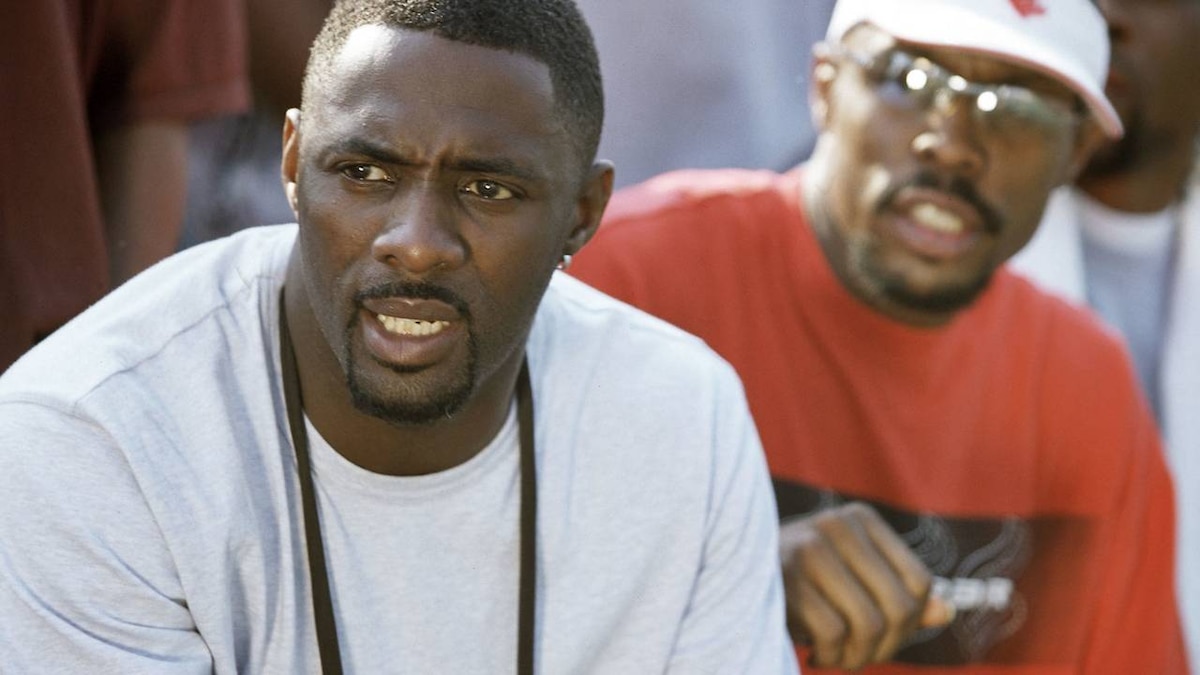 Avon and Stringer watch basketball practice at a local junior college and pay $10,000 to one of its players so he'll play for them in an upcoming game between the East and West projects. Afterwards the player leaves, they discuss Omar. Stringer again advises that they call a truce and wait for Omar to emerge. Avon is concerned about the message that would send about his standing in the community.

Wallace tells 'DAngelo that he wants out of the game. At 16, he feels there's still hope for him, and he says he wants to go back to school and finish the 9th grade. 'DAngelo gives him some cash, and Poot later observes Wallace buying drugs.

The wiretaps reveal that Wee-Bey will be picking up cash from the Towers shortly, so Herc and Carver follow him and take the money, which amounts to $22,000. "We don't have a charge," they tell him. "We just got your money. You want it back, you can explain to the state's attorney where you got it."

In the Detail Room, Freamon instructs Sydnor and Prez on the finer points of combing through corporate papers and public records to unearth Barksdale's hidden ownership in front companies. "It's a brave new world for you boys," he tells them. Freamon also collects campaign finance reports from the Board of Elections, to determine if Barksdale is supporting any candidates.

Bubbles, waiting to score at the low rise, is embarrassed when he encounters a speaker from the previous day's Narcotics Anonymous meeting, but again says he would like to get straight. He visits his sister, who is under-whelmed to see him. After he reiterates that he wants to get off drugs, she reluctantly gives him a backdoor key so he can stay in the basement.

As they unload the cash they seized from Wee-Bey, Herc and Carver discuss stealing some of it, but Carver points out the folly of doing so. "Say we turn in 20 and keep 10, and the bosses hear we took 30 outta that car on the wiretap. You didn't think of that did you?" But later, to their surprise, they are accused by Daniels of stealing some of the cash anyway. They deny it, now each suspicious of the other. When they go back to their car and find the missing money in the wheel well, Carver is relieved, and apologizes to Herc for doubting his word.

Omar swaggers into the low rise with a shotgun in plain view, demanding Avon's stash. The project residents scatter and he stands below a window insisting that he'll be back each day until he gets what he's after. Suddenly, a stash bag drops from a window. "Fair enough," he says, and leaves. Herc and Carver arrive shortly after and are puzzled by the empty project courtyard. "Maybe the whole thing's over and nobody bothered to tell us," says Herc. "Maybe we won." Carver senses something is up and suggests they go for a drive. When they do, they discover the basketball game in progress, being played in front of a huge crowd from the projects.

Greggs and Freamon pick up Shardene and take her to their office to talk. The show her the body of her fellow dancer and friend, who died at Wee-Bey's and Stinkum's recent party. She weeps when she sees her friend, whose body was rolled in a carpet and disposed of. Well spoken and forthright, she acknowledges that she dances at Orlando's but says she doesn't use drugs and isn't a hooker. Greggs and Freamon leave her for a moment and discuss flipping her. "I think she's a sweetheart," says Freamon, "and we push her hard enough, she'll tumble."

Shardene explains that she's involved with 'DAngelo but, now horrified, says she realizes that she has to quit her job. Freamon presses her to stay on a bit longer and help him gather information. She packs her things at 'DAngelo's apartment, and when he asks her why she's leaving, he's taken aback by her response: "Do I look like someone you can roll up in a rug and throw in the trash?"

Bodie and Poot turn up at the basketball game and encounter Herc and Carver, who then realize that Avon must be there too. Since they don't know what he looks like, they call the Detail Room to let the squad know, and Daniels and other crew members scramble so they can get a visual on Avon. Avon's team loses and he drops $100,000 in a bet with Proposition Joe Stewart from the east side. When Avon leaves, he's followed by several cars from the squad, leading them on a cat-and-mouse chase that ends when he drives by Daniels, wagging a mocking finger at him.

Omar shows up in the office of Proposition Joe Stewart, Avon's rival, and bargains with him. Omar gives him Barksdale's stash and says in return he wants two things: the number for Avon's pager and the code one of Avon's boys uses when he beeps. The deal is done. Later, outside Orlando's, Omar beeps Avon, and shoots at him when he steps outside to a pay phone to respond to the beep. Wee-Bey arrives at the same moment and shoots at Omar, hitting him in the shoulder. Avon is shaken but unharmed.