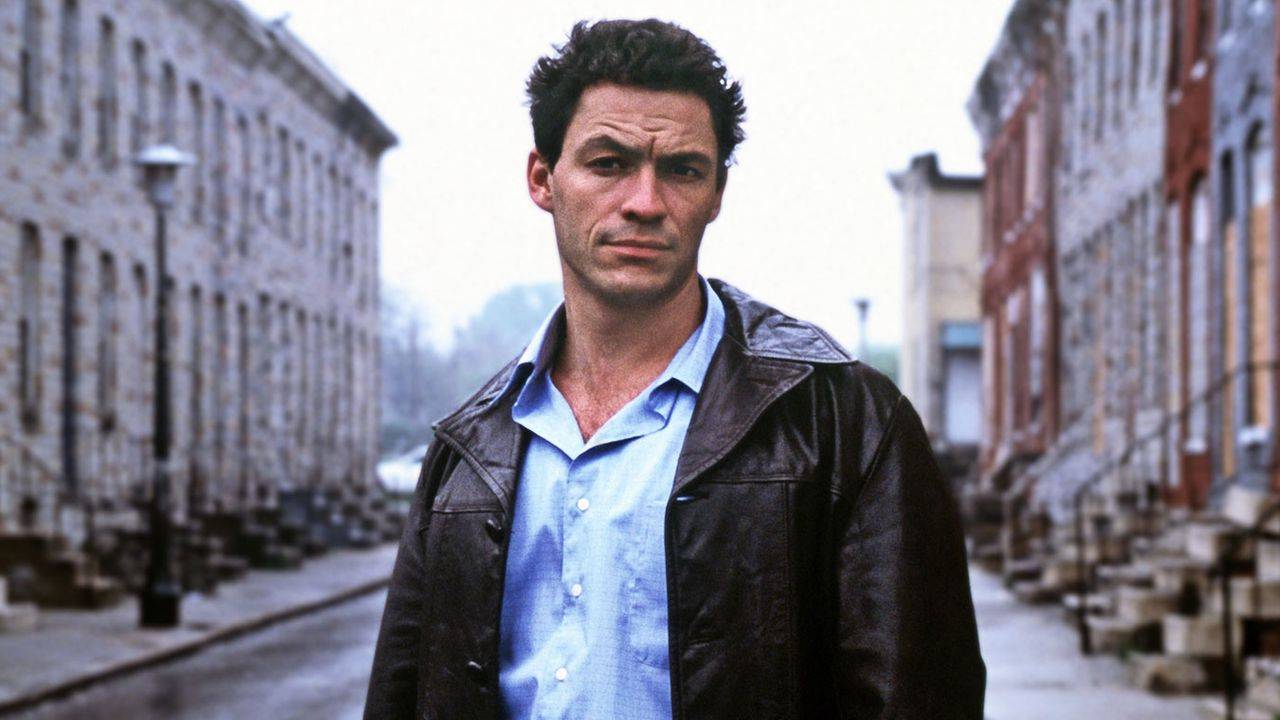 Baltimore Homicide Detective Jimmy McNulty drops in on the murder trial of a young drug dealer named 'DAngelo Barksdale. From his vantage point in the back of the courtroom, McNulty observes who is there and is himself observed, by associates of Barksdale and by the presiding Judge Phelan.

A witness to the murder, William Gant, is called to testify and positively identifies Barksdale as the shooter at the crime scene. Next on the stand: a security guard who witnessed the killing and who, despite having previously identified the killer, is suddenly unable - or unwilling - to finger Barksdale. In short order, 'DAngelo is acquitted of the murder.

Across town, Narcotics Detective Shakima "Kima" Greggs waits patiently in an unmarked car on a drug stakeout, accompanied by a woman who has set up her drug-dealing ex-boyfriend for a bust. After the deal goes down, Narcotics Detectives Thomas "Herc" Hauk and Ellis Carver order the driver of the car and his female passenger to lie on the pavement. When Greggs arrives on the scene, she shows her senior colleagues who is the smarter cop when she searches the car more thoroughly than Herc or Carver and finds two additional guns hidden in the back seat.

Back at the courthouse, McNulty is called into Judge Phelan's office, curious to know why he's attending a trial that does not involve him. McNulty explains that 'DAngelo's uncle Avon Barksdale and his partner Stringer Bell, are reigning terror in the high-rises and are apparently behind as many as a dozen murders a year, raps they always manage to beat. "Who's working them?" Judge Phelan wants to know. "Nobody," McNulty answers. The reason, he explains: the force is too busy doing community policing.

When McNulty returns to his office, Sergeant Jay Landsman tells him that his boss, Major William Rawls, wants to speak with him immediately. The Major is furious that McNulty spoke with the Judge. He is also furious because he's been called on the carpet by the Deputy Commissioner about Avon Barksdale, a man Rawls knows nothing about. McNulty is ordered to have a full report on Barksdale by eight the next morning.

'DAngelo Barksdale, now off the hook, is driven back to Orlando's Gentlemen's Club by his uncle's business partner Stringer Bell. When 'DAngelo expresses relief at the verdict and amazement over the way the security guard suddenly went dumb, Bell pulls the car over and reminds 'DAngelo of the rule. "Don't talk in the car or on the phone or anyplace that ain't ours." When they arrive at the club, 'DAngelo is greeted by his uncle Avon, who is unhappy over the murder 'DAngelo committed and reminds him that turning the security guard required time and money. Chastened, 'DAngelo prepares to leave when Avon hugs him and kisses his head. "You family," he says.

Nevertheless, when 'DAngelo shows up to oversee the drug trade at the Towers the next morning, Stringer is there to tell 'DAngelo he's being reassigned to the less prestigious low-rise projects. At the low rise, affectionately called the Pit, the junkie Bubbles and his friend Johnny buy heroin with crudely made counterfeit money. When they try the same trick the next day, Johnny is caught and beaten severely.

After McNulty files his report, he is warned by Sgt. Jay Landsman that another such stunt will likely leave him walking a beat in the Western District. When McNulty seems unconcerned, Landsman asks about his worst-case scenario. "The boat," McNulty says, laughing. The marine unit.

Narcotics Lieutenant Cedric Daniels is ordered to organize a detail to pursue Barksdale, but in a half-hearted manner. Daniels brings in the narcotics detectives under him, with McNulty sent by Rawls from homicide. When McNulty arrives at the detail, late, his new colleagues are already pissed-off at him for starting all this trouble.

When Daniels tells McNulty of the buy-and-bust scheme, McNulty rebels, saying the way to catch Barksdale is with surveillance and wiretaps. "He's been running the Towers for years and we don't even have a picture of him," McNulty says. Lt. Daniels disagrees: "No mikes. No wires. We do this fast and simple." In the meantime, Daniels says, we're going to go back through unsolved murders to see if we can't find one to hang on Barksdale.

McNulty visits his old pal FBI Special Agent Fitzhugh, who expresses gratitude to McNulty for the C.I. (confidential informant) he sent to the FBI. He astounds McNulty when he shows him a TV screen with a live shot of a major drug operation at work across town, the technology far superior to what the city detectives are given. When he tells McNulty that this is the last drug case the FBI has pending in Baltimore, since most agents have been reassigned to the war on terror, McNulty responds: "What? We don't have enough love in our hearts for two wars?"

McNulty goes drinking with his partner William "Bunk" Moreland and complains about his ex-wife, who prevents him from seeing his two kids enough. 'DAngelo goes to Orlando's for a drink and passes on a pretty stripper who approaches him. And Greggs arrives home, where she is kissed by her girlfriend.

The next day, Greggs, at a hospital, runs into Bubbles, her sometimes informant, who is distraught over the badly injured Johnny. Bubbles asks if Greggs is still working drugs and tells her he has something for her. Greggs realizes that Bubbles information is tied to Barksdale, the target of her new detail.

In the projects meanwhile, another dead body turns up in the middle of the street with two gunshots in the head. The victim: William Gant, the man who identified 'DAngelo Barksdale as the shooter in his murder trial. Passing by, 'DAngelo sees the body, recognizes who it is. The younger Barksdale, realizing that Gant has paid with his life for having testified, wanders off into the streets with his conscience tearing at him. 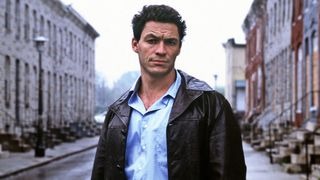 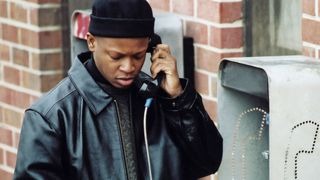 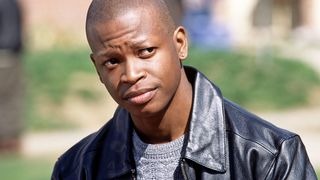 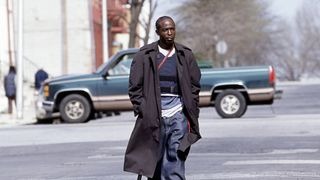 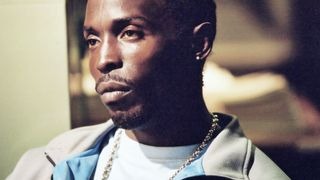 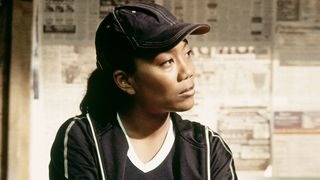 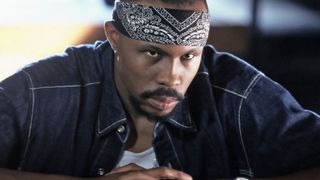 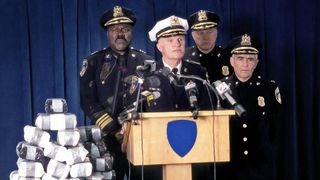 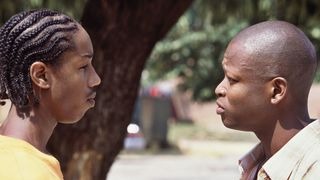 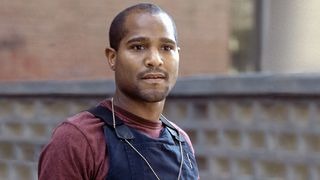