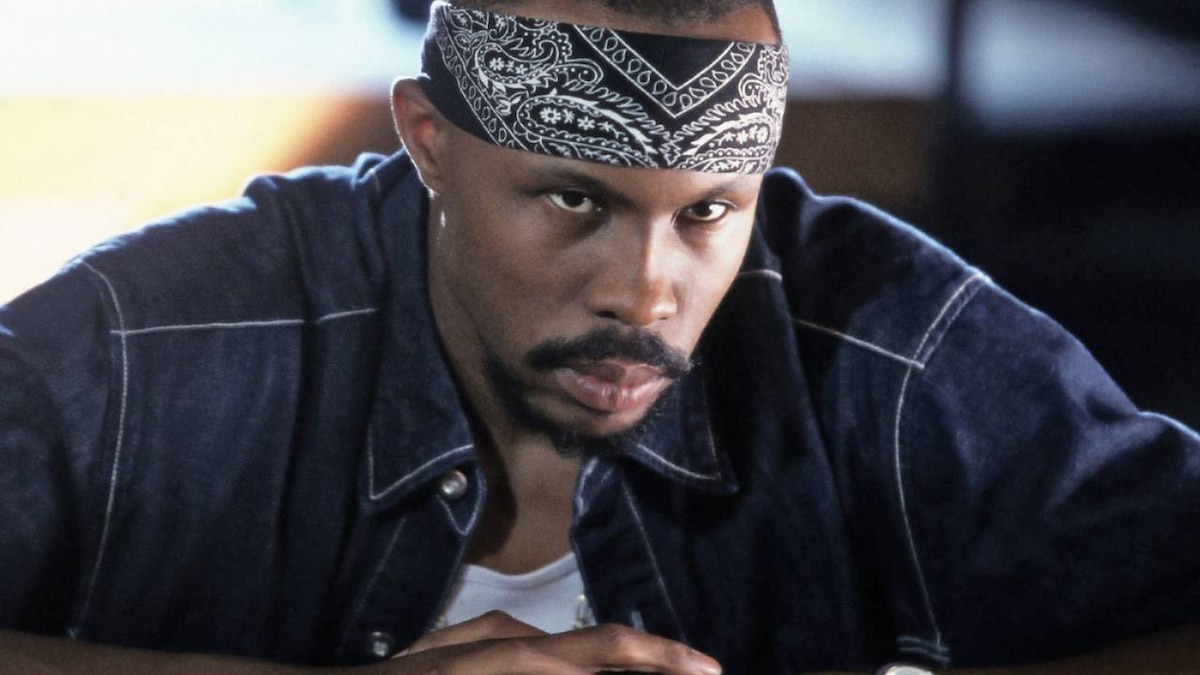 "And then he dropped the bracelets..." - Greggs

After his failed attempt to kill Avon, Omar lays low, afraid even to go to a hospital because Avon's boys, he believes, will be waiting on him in the parking lot when he gets out. Avon at last seems willing to take Stringer's advice, and Omar receives word that Barksdale wants a truce. Omar agrees to meet Stringer in person to discuss the terms. Stringer meanwhile tells Avon he should give up his phone, not touch any drugs, make no money runs and replace his pager with a New York pager number. "We gotta build a wall around you, B," Stringer says to him.

Omar tells Greggs and McNulty that Barksdale has sent out a peace message to him. "If I stop hitting them in the head for their product, they gonna call off the bounty," he says. A wired up Omar then meets with Stringer Bell and asks for money as part of the truce. Omar tries to get Stringer to implicate Avon on the tap, but Stringer is too careful to make that kind of mistake. McNulty convinces Omar to play it safe by hiding out in New York City. McNulty sees him off at the bus station, giving him money and urging him to stay in touch. "We'll need you for the Bird trial," he says.

Judge Phelan is losing friends and political support because of his assistance in the Barksdale investigation. Pearlman shows McNulty a campaign fundraising flyer from which Phelan has been excluded. When McNulty asks why, she answers: "Maybe it's the company he keeps." Nevertheless, the Judge is willing to sign another 30-day extension on the Barksdale phone taps.

Bubbles makes a valiant effort to go straight. He meets with Walon, who urges him to "forgive your own self. Love yourself bro, and drag yourself to some meetings." Greggs is irritated when Bubbles summons her but listens sympathetically when she learns he's been clean for three days and seems serious about getting off dope. What he needs he says, is a couple hundred dollars to get a place, some clean sheets and new clothes. Greggs jokes with him, "What the fuck am I gonna do with a clean informant?" but is willing to help and asks him to wait until tomorrow for the cash.

'DAngelo is less than thrilled when Donette, the mother of his son, makes plans to move back in with him. During a vist, she begins to list the things they're going to need, including a bigger apartment, a new bedroom suite and a new sofa. 'DAngelo leaves without warning during her recitation of what she wants.

At the Detail Room, the squad has detected a beeper pattern they want to investigate further. When Barksdale's drug stash runs low, a call is made over one of the tapped phones to an unknown pager, and a call comes back from a pay phone in Pimlico. Staking out the Pimlico phone, the squad follows the caller back to a most unusual house. In a conventional middleclass neighborhood, the house has security cameras covering every angle and heavy window guards all around.

Daniels asks Prez if he's ready for street duty again, and sends Sydnor and Prez on the back of a garbage truck to Pimlico. When the truck picks up garbage from the house they're watching, the two detectives take it back to the Detail Room and sort through it, finding major drug related evidence, which they photograph.

Orlando, still determined to get in the game despite Avon's warning, is busted by a narcotics officer when he tries to buy four ounces of coke. In jail, his claim that he can buy weight from Barksdale gets the attention of Daniels' squad as well as Deputy Commish Burrell, but McNulty is skeptical. "He caught a charge and now he's talking out his ass," he tells Daniels. Burrell has also heard of Orlando's claims and pressures Daniels to set up a buy-and-bust using Orlando. Meanwhile, Attorney Maury Levy visits Orlando in jail, asking him to sign documents transferring his liquor license and the club to someone else. "A front has to be clean, and right now, you aren't that," Levy tells him. "You wanted to be in the game. Now you're in the game."

Wallace, determined to get out of the game, is collared by McNulty and begins immediately to tell what he knows. He picks out pictures of Wee-Bey, Stinkum and Bird and says all three were at the convenience store the night Brandon was murdered. He also says he pointed out Brandon to Stringer himself. Daniels wants to keep Wallace safe until a Barksdale trial but a hotel is impractical, so he drives Wallace to his grandma in the country.

'DAngelo waits in front of Orlando's for Shardene to come to work, but she rebuffs his attempt to talk. At work, she is all ears, even listening through Avon's office door after she delivers drinks to the boys there.

McNulty's wife is furious about the spy game he had the kids play with Stringer Bell, and is asking a judge to allow only supervised visits. McNulty asks Rhonda Pearlman to represent him in an emergency hearing in family court. The Judge is reluctant to comply with the visitation request and asks that the two parents try and resolve the matter while the Judge goes for lunch. McNulty's wife is incensed that he's asked Pearlman to represent him, since his affair with Pearlman was one of the reasons behind the breakup of the marriage. McNulty assures his wife that he not only loves the kids but he still loves her, too.

Daniels tells his squad that the DEA has lent them $30,000 for a buy-and-bust operation in which Greggs will pose as Orlando's girlfriend as they make a purchase from Avon's boy Savino. Pearlman reminds Orlando that his plea bargain is contingent upon his cooperation. The car is wired but the cops don't have visual contact and when Savino directs them to a dark neighborhood, Daniels' squad does not know where they are. Savino takes Orlando's money and says he'll be back, but instead, shooters appear and fire into the car, killing Orlando and injuring Greggs badly. Daniels and his team hear the violence over the radio, but lose precious minutes locating them. McNulty performs mouth-to-mouth resuscitation on Greggs to keep her alive until an ambulance arrives.