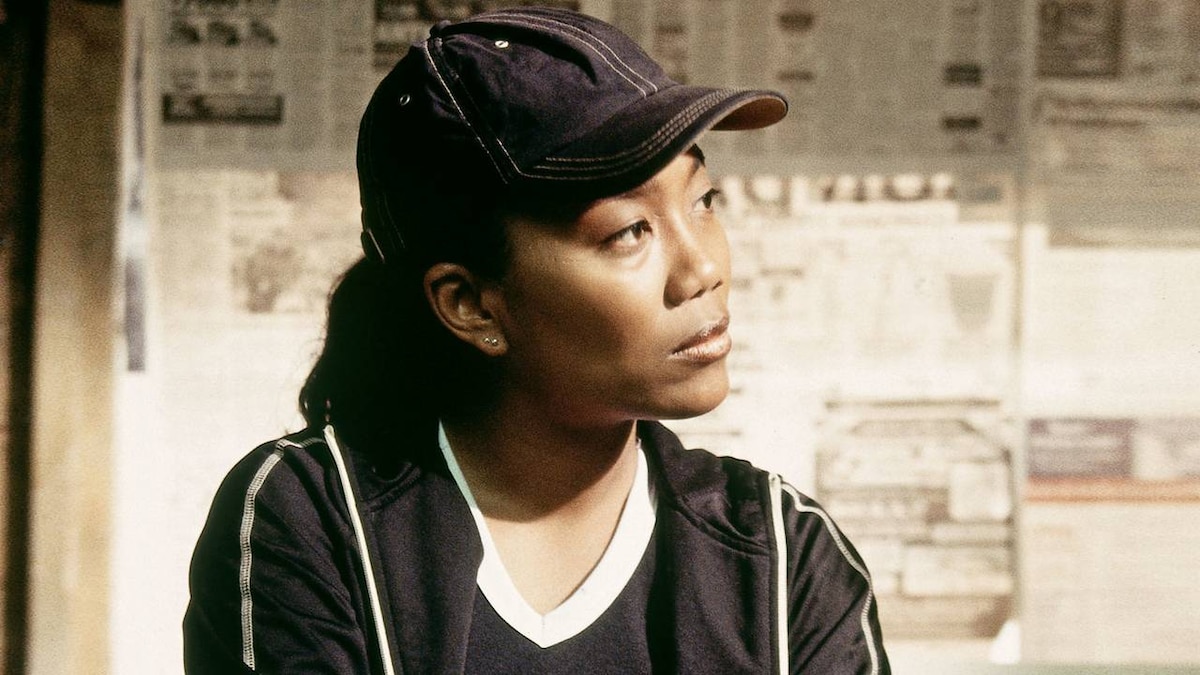 Sleuthing apparently runs in McNulty's family. When the detective encounters Stringer Bell in a grocery store while shopping with his kids, he has his sons play a spy game in which one leads and one follows the target. The kids tail Bell to his car and write down his license number, but not before McNulty loses track of his boys in the market.

With both phones at the low rise ripped out, detectives continue surveillance there to determine which phones the drug crew is using. When the taps reveal that some sort of pickup is being scheduled, the team makes plans to intercede. After observing a bag passed to a man in a fancy car, detectives stop the car a few blocks away and discover the driver, has received $20,000.

They seize the money and apprehend the driver, Day-Day. Turns out that he drives for a Senator Davis. An angry Deputy Commissioner Burrell insists that the money be returned. Unnerved by the way the investigation is going, he demands that Daniels bring things to a close. "I'm shutting this down and you charge what you can and do it by the end of the week," he tells Daniels. When McNulty learns what has happened, he accuses Daniels of complicity and asks what Burrell has on Daniels. And when Judge Phelan learns of Burrell's plan to end the investigation, he phones the Deputy and orders him not to do so.

Avon's boys break into Omar's apartment and ransack the place when he is not home. On their departure, they set fire to Omar's van.

At the Pit, Wallace is still in a funk following Brandon's death, staying at home and using heroin. 'DAngelo is invited by Avon's boys, Wee-Bey, Stinkum and Savino, to come celebrate their plan to open a new drug territory and he leaves Bodie in charge while he leaves for an hour. Over lunch, 'DAngelo mentions Orlando's offer to move some coke through the projects and is advised to run it by uncle Avon before he agrees. Later, however, they tell Avon of Orlando's approach. Orlando is seriously reprimanded by Avon before being physically thrown from his office and kicked in the ribs in front of a few strippers, including Shardene.

That night, 'DAngelo is invited to a wild party Avon's boys are throwing. He sees Stinkum and Wee-Bey getting high, in violation of Avon's rules, and later finds one of the strippers from the club unconscious — possibly dead — on a bed at the party.

Wee-Bey and Stinkum's plan to take over Scar's drug territory veers badly off course when Omar suddenly appears and shoots both of them, killing Stinkum and injuring Wee-Bey. From his perch in the darkness, Omar shouts to Wee-Bey: "If you come at the king, you best not miss." Greggs and McNulty are unhappy because Omar's actions cast doubt on his credibility as a witness in the murder trial of Bird for the killing of Gant. In a meeting with Omar, they urge him to cool it until they wrap up their investigation. His response: "I'll do what I can to help y'all, but the game is out there, and it's either play or get played." Later, he stands outside Orlando's, watching from the darkness.

Avon is enraged over Stinkum's killing and in a crew meeting at Orlando's, he exhorts his boys to find Omar and kill him. Stringer advises a more low-key approach, urging Avon to call a truce and hit Omar when he re-emerges. 'DAngelo meanwhile is unnerved by all the action and confides to Shardene that he may want another job. She shares his feeling, saying, "I can't stay pretty forever."

Greggs confides in Freamon that she is having second thoughts about her conversation with Omar, the one in which she said they needed a witness for the Bird murder trial and Omar volunteered. Freamon tells her that interviewing technique is more art than science, and that Greggs should go with her instincts. To emphasize his point, he shows Greggs photos of the strippers at Orlando's and asks which one she would approach for information on Barksdale's operation. She immediately chooses the same woman Freamon has, based on her lack of a police record and on her face. "She looks like a citizen, right?" Freamon says. That woman in the photo is Shardene.