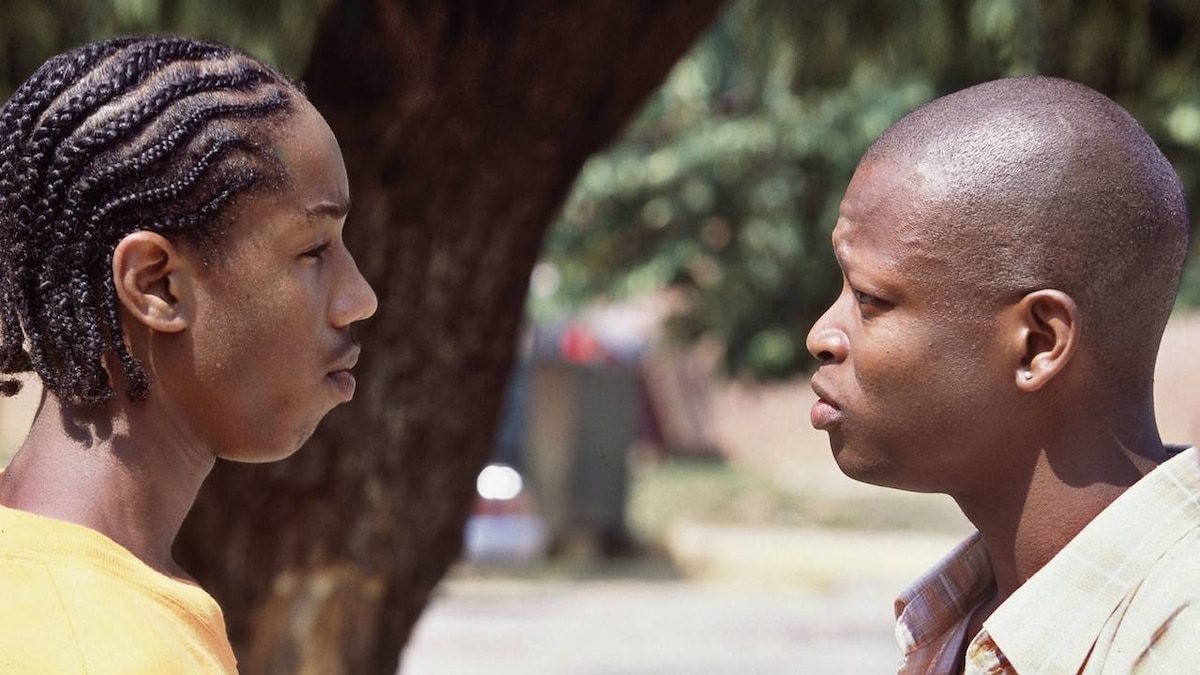 Greggs' condition has stabilized but McNulty is distraught and determined to feel guilty about her being shot. Drinking heavily, he's been unable to bring himself to visit her in the hospital or even call. "Avon Barksdale," he tells Daniels, "was just a way for me to show everyone how smart I was and how fucked up the department is. It was never about Avon Barksdale; it was just about me." Daniels calls him on his self-pity and says the case will move forward with or without McNulty.

Stringer arrives at the Pit and collects beepers from everyone in the operation. He gives cell phones to 'DAngelo and Bodie and orders everyone else "off the air." And when they do use a cell phone, he instructs, use it just to set up a meeting and then talk face to face.

Freamon has convinced Shardene to wear a wire to work, in the hopes that he'll pick up incriminating conversations. When she does, it's clear she's risking a lot with little hope of overhearing anything important. She's frightened, too, and begs Freamon to let her off the hook, but he needs one more thing. He wants to insert a fiber-optic camera and mike in the wall of Avon's and Stringer's office and needs inside information on its precise location. Shardene agrees to help once more.

Avon's attorney Levy helps Stringer and Avon focus on their vulnerabilities. Together they enumerate their weak points and come up with what is essentially a hit list, which includes the security guard who lied to save 'DAngelo as well as Little Man, who killed Orlando, and Wallace, who can connect them to the death of Brandon.

Burrell tells Daniels the investigation is finished now that the wiretaps are useless, and he holds out the possibility of a promotion for Daniels. Daniels nevertheless resists, pointing out that the court order is for 90 days of wiretaps, and that it hasn't yet expired.

Pearlman is taken aback when her boss inquires as to why Daniels' team is pulling campaign-finance reports on local politicians, and volunteers that he's checked his own contributors' list and is returning money to people he doesn't know. "I want you to take it back to whoever's on the hunt and make it clear they have no quarrel with me," he tells her.

When Avon and Stringer express interest in Wallace's whereabouts, 'DAngelo reassures them that Wallace is out of the game and in fact has moved away. When they persist, he tells them, "Let the boy be." Wallace, however, is bored in the country and returns to the projects to ask for his job back. Bodie and Poot are dispatched to kill him and they do.

Burrell summons Daniels to his office to meet Sen. Clay Davis, whose driver had been picked up with $20,000 in cash from the projects. "That was a mis-understanding of no concern of the police," Davis assures Daniels. Daniels leaves after persisting in his interest in the twenty grand, and Davis is furious: "You need to put his ass on a foot post so far out in the sticks he's gonna see the Philadelphia cops working towards you," he tells Burrell.

With a wire installed in Avon's office, the squad can see Stringer and Avon packing things up to move. They also see Avon asking 'DAngelo to make a New York City run that evening to pick up drugs. Reluctantly, 'DAngelo agrees, and before he leaves, the squad attaches a tailing device to his car. He's stopped and arrested after he makes the pickup, and is defiant when Daniels and McNulty try to flip him by showing him pictures of Wallace and the security guard Avon had murdered. "That's how you take care of your own?" McNulty asks him. But when Stringer and Levy come to visit him in jail, he is defiant with them, too. "Where's Wallace, String?" he asks over and over. As they leave, 'DAngelo yells that he'll get his own lawyer.

'DAngelo's mother visits her brother, Avon, angry that he's put her son at risk. When Avon says he's sorry, she says, "Sorry ain't gonna get him out of jail." Avon reminds her that he's provided her with a car and an apartment. "We all got a lot to protect here," he says. "You need to remind him of that."

Daniels is again on the carpet in the office of Burrell, who once more demands that the investigation end and Barksdale be arrested. Daniels protests that with the slender evidence he has, he can only put Barksdale in jail for a short time, and reminds Burrell that "these are the people responsible for dropping a police." Burrell threatens Daniels that if he doesn't end the case, Burrell will release a compromising FBI report that could end Daniels' career. "You'd rather live in shit than let the world see you work a shovel," Daniels says. "You can order warrants and I'll serve 'em, but as long as I have days left on those dead wires, this case goes on."

Outside Orlando's, a S.W.A.T. team readies itself for action, but when Daniels and McNulty arrive, they simply knock on the club door and enter when it's opened. There is no drama, Daniels cuffs Avon and, leaving Stringer to ponder the future, marches Avon out.

In the Detail Room, Sydnor says to Freamon, "Best work I ever did. Just feel like this ain't finished." At the Pit, the courtyard is empty. For the first time in a long time, no drugs are for sale.