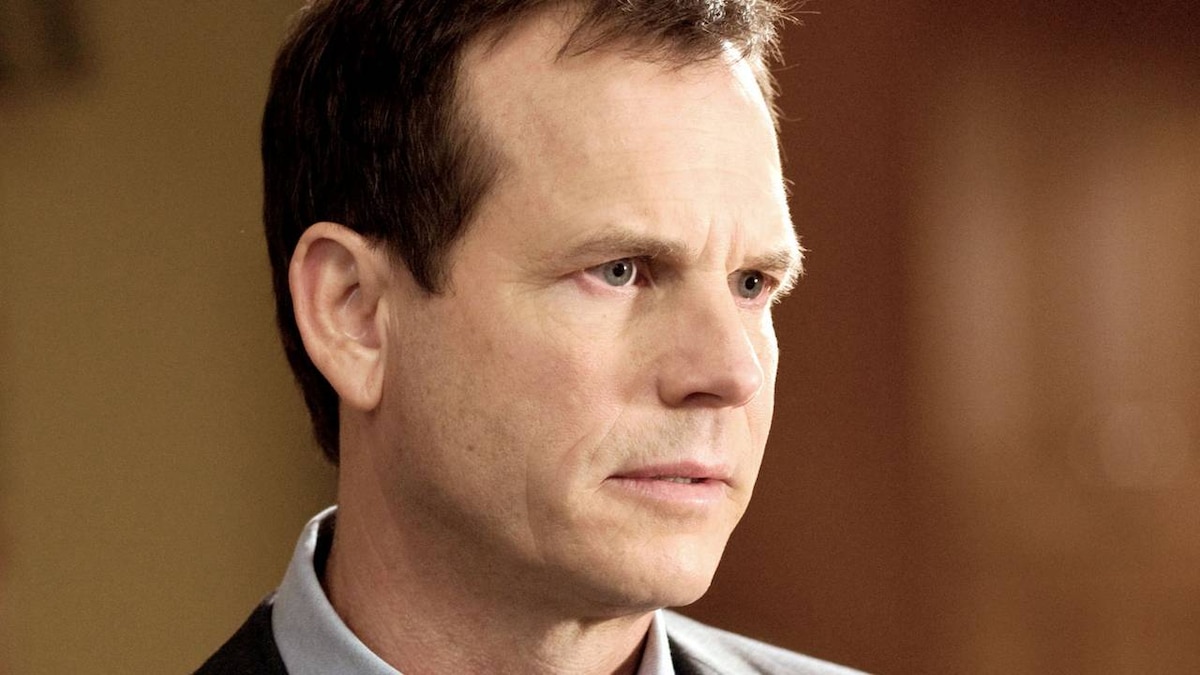 It's moving day for Nicki as Bill helps her pack up her car, leaving the boys behind but promising to join them for dinner. As a child of divorce, Margene is upset but Barb insists the separation doesn't necessarily mean the end.

Ray briefs his team on the plan to rescue Kim Lee from the Greenes as Ted, Cindy and Bill look on. They place the call for Roman to Hollis and the two men make a plan to swap the authentication document for Kim Lee. Bill convinces Ray to delay the arrest until Roman thinks they've gotten away safely. Ray is dubious but Bill convinces him that the Greenes will turn on Roman and implicate him for Kathy's murder, given the chance. But if they're arrested and Roman knows it, he'll get to them — or flee if he can't. Bill is convinced there's a way to get the Greenes and Roman if Ray follows his plan.

Margene is coached for her home shopping network debut and the sales coordinator tells her she needs to look like a million to make a million. When Margene asks for more time to prepare, she's denied.

Barb consoles Cindy as they wait for news about Kim Lee, and Cindy apologizes to her sister about her role in Barb's excommunication, asking if there's a way to put it all behind them.

On the way to meet the Greenes, Bill accuses Roman of keeping the letter secret for so many years because he wasn't named in it, that the prophet's own vanity kept the truth from being known. Roman laughs off the insult as his driver turns down a side road — not en route to the planned meeting place. When Bill tries to call Ray to alert him, Roman warns him he'll get the girl, just not by Bill's rules. But when Roman hands over the document, Hollis objects that the seal isn't embossed and insists Roman bow down to him to prove the document is real. Roman refuses and the Greenes hustle Kim Lee back into the van and peel off. As Bill breaks the news to Cindy and Ted, Ray watches, furious at Bill for trying to do it his way — now Hollis won't even talk to them. Bill insists Roman call Selma instead, and Roman is able to convince Selma to arrange a time to hand over the girl.

Scott barges into the Henricksons' to accept Sarah's proposal, and Barb and Ben try to talk them out of it. When they are unsuccessful she warns that they have to tell Bill.

After Alby gets word about Roman's imminent return to the compound, he and Nicki discuss what to do about their parents. Alby suggests they'd be doing the world a favor to kill them; Nicki goes along thinking he's joking. JJ barges in on their meeting with a young girl named Cara Lynn in tow, introducing her to a stunned Nicki. Alby sends him away, promising Nicki he'll take care of him. Nicki insists she's not rattled.

When Scott asks Bill for Sarah's hand, they are interrupted by a call from Nicki, canceling her dinner plans. Bill, Barb and Margene all get on the phone to reprimand her. When they hang up, Bill gives Sarah and Scott his blessing. Barb is furious and chases after him, demanding to know Bill's plan for what's going to happen with their family. Barb blurts out that she wants to have another baby — she wants to take Bill's sperm and rent a womb in India. Bill tries to talk her down but Barb breaks down, certain the family is disintegrating and she has no place to turn. Bill tries to console her, saying that no true church would leave her unconsoled.

Nicki spots Cara Lynn playing with a toad and the girl confides her desire to be a doctor and vet. Nicki admits she wanted to be a nurse. When Cara Lynn says her father wants to put her in the Joy Book, Nicki insists she tell her mother and father she wants to go to school. "Malinda's not my mother," Cara Lynn says, asking Nicki why she left.

Bill discovers that Margene sold her car to invest in her jewelry business and blows a gasket. Equally furious, Margene insists she has a business plan and wishes Bill believed in her.

Bill goes to Stake President Davis and offers endowment to BYU but Davis is dubious. Meanwhile, Roman informs Bill the letter is a fake, he's been fabricating phony documents to the church for years — Alby just took it to a new level. With this knowledge, Bill makes another appeal to Ray not to arrest Selma in Roman's presence, but Ray informs him there's a tracking device on the car now, and if Bill deviates from the plan, he'll bring charges against Bill and Nicki. Bill calls Don, telling him the letter is a fake and enlisting his help.

When Ben asks to borrow the car to bring some clothes to Nicki at the compound, Barb, furious that Nicki isn't coming home to see her boys, drives up to confront her. Nicki tells her the truth: she abandoned her daughter to escape her marriage to JJ, and now the girl is back and wants answers. Collapsing in tears, Nicki apologizes for who she's become. Barb drives Nicki to see Cara Lynn.

Margene has to take Nell with her for her QVC debut and it's a huge success; she sells out of her inventory.

On the way to meet Selma, Bill orders Roman's driver to pull over beside his own car, which is parked on the road. He shows them the tracking device to prove it's a trap: They're going to arrest Selma to get to Roman and put him on trial for murder, and Bill insists he's not about to let his family go through another trial. He orders Roman into his car, telling the driver to continue according to plan.

Meanwhile, Alby delivers a letter bomb to Roman's hotel room and knocks on the door. Inside, Adaleen fiddles with a propane tank for her Coleman stove. Before she can get to the door, a maid runs over the letter and sets it off, injuring herself and Alby. Adaleen comes running to Alby's rescue, and he informs his mother that everyone knows Roman killed Kathy — including Bill. Adaleen calls Roman, warning him Bill knows the truth; he can't be trusted. As Selma and Kim Lee pull up, Roman pulls his gun and trains it on Bill. He confiscates Bill's phone. Kim Lee runs to Bill and Roman orders Selma to get away quickly. Bill watches with horror as Selma gets away. Roman mocks Bill for his foiled plan to double cross him, and Bill calls him a false prophet.

As Don sees Selma speeding away, he calls Bill, wanting to know what went wrong and why he never got Bill's text. Panicked, Don calls Ray as he speeds after Selma.

Getting news that Roman's on his way back to the compound and Alby's been injured, Lura, Glory and the other women and children pack up and flee.

Ted thanks Bill for getting his daughter back safely and assures him they can work together on the Casino. But Bill informs him that BYU accepted his offer to endow a chair with 5% of his income from the Casino. The only impediment to his success, he told them, was Ted. And the church told him they could make that problem go away. "Don't take it personally," he tells him.

Ray watches as Selma gives her statement about Roman's role in Kathy's accident. He tells Bill he's asking for a murder indictment. Roman will be home for less than 24 hours.

Bill returns home and asks Ben to get bread and a pitcher of water. He gathers his family around and claims the authority for a new church, "born of necessity." At the same time, back on the compound, Roman picks up his guitar to play but is interrupted by Joey, who enters, full of rage...and suffocates Roman as he struggles, finally crumpling.

As the Henricksons take communion, Nicki returns home with Cara Lynn. They've fled the compound without anyone seeing them. As she introduces her daughter to the family, Barb and the others welcome her back.