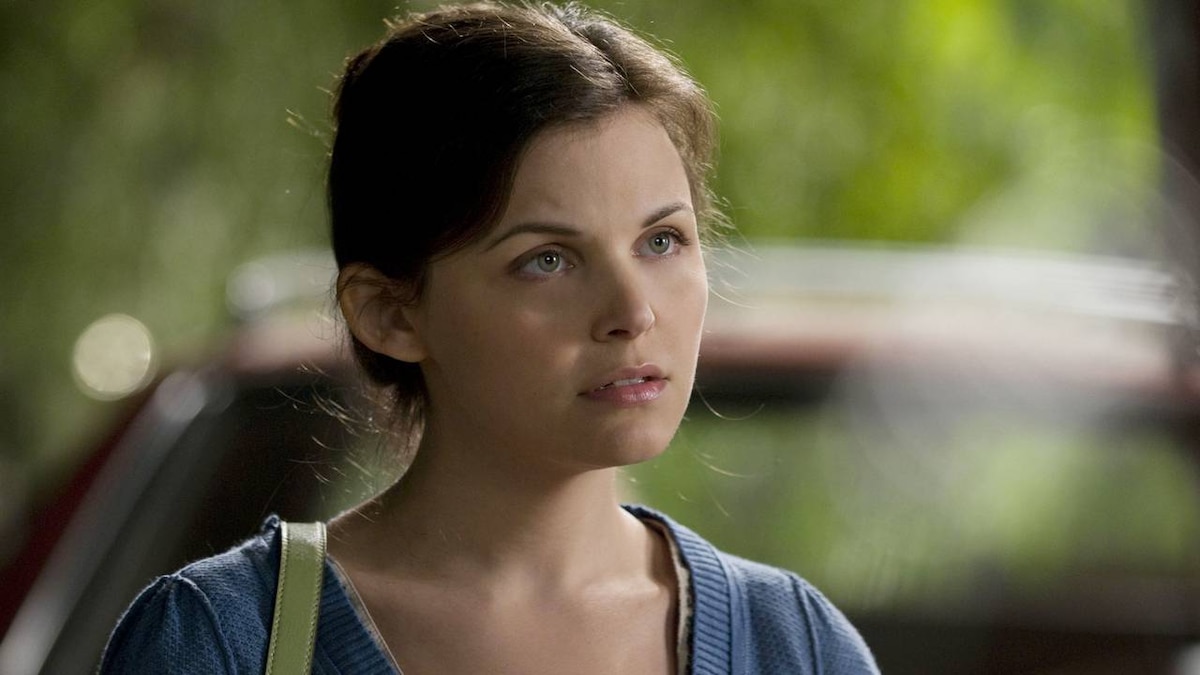 Lois and Wanda prepare Kathy's body for burial. Wanda doesn't believe she accidentally fell down the ravine. Bill and Joey go to see the DA (Ray), insisting that Roman murdered Kathy. As much as he'd like to prosecute, Ray says there's just no evidence. Desperate to convince Ray that he knows Roman killed Kathy, Bill reveals the truth: Roman is his father in law - he is married to Nicolette Grant.

Meanwhile, Adaleen grills Roman about Kathy's death and he tells her what happened. Only Hollis and Selma know the truth, he insists. Roman is desperate to get back to the compound to defend his name.

Bill confronts Nicki about taking herself off the schedule, and she tells him to put her back on. She was just tired. She goes to tell Ray the kiss was a mistake - but tells him, instead, that her relationship with "that other guy" is over.

Jerry informs Bill that their casino license has been rejected by the tribal commission due to an old grudge with the Utes. Bill orders Doug to go to the Ute reservation and make their case. But Doug discovers that it's actually Ted who killed their license. Furious, Bill confronts Ted but Ted insists Bill won't win this one.

JJ, Wanda's brother, shows up claiming he's there to pay respects to Kathy (his wife Kelly is Kathy's sister). He inquires after Nicki, and Wanda warns him to stay away from the funeral and from Nicki.

Bill hires Joel and his cousin Emory (who used to work for the Greenes) to break in and steal the authenticator's report from the lab. He calls Don to tell him it's locked up in a safe at the office. Don takes it from the safe.

When Bill surprises Ted and Cindy at a lunch he embarrasses them, explaining to their lunchmates that he has proof a letter exists that confirms the church never intended to abolish polygamy, and that Ted bought it to hide the truth. Ted takes Bill aside but Bill threatens to blow the whistle on Ted if he doesn't back off Bill's new business and publicly acknowledge the letter's existence.

Cindy comes to Barb, begging her to call Bill off, but Barb refuses. Later, Cindy goes to the Bishop of her church, asking for help "saving" her sister.

Margene is setting up a new business with Jerry's wife, selling jewelry made on the reservation. When she receives a bouquet of flowers she's shocked to discover the love note from Ray (intended for Nicki) and refuses the delivery. Ray shows up at Margene's house, trying to give Nicki her flowers. Margene lets him in and forces Nicki to deal with him. Nicki comes clean with Ray, and when he learns her real identity he realizes she's married to Bill Henrickson. As he storms out, Nicki chases after him just as Bill drives up. In front of Barb, Margene and Nicki, Ray spills the truth about the depth of Nicki's deception.

The family attends Kathy's funeral. Nicki begs Barb for forgiveness but she refuses. Nicki calls Ray to explain how she was forced to spy by her mother, but really had feelings for him. Ray informs her she's guilty of conspiracy, witness tampering, not to mention polygamy and hangs up. Even Margene has no sympathy for Nicki's plight.

At the reception after the burial, Bill confronts Alby about deceiving the church by selling the letter to Ted. When Joey is too wracked with grief to speak, Wanda says a few words about Kathy. Lois speaks as well but is interrupted by the appearance of Roman. Joey accuses Roman of murder while Bill tries to run interference, telling him this isn't the time or place. Alby warns Roman he knows he's undermining him but he wont be scared off. Nicki tells her father the DA knows everything - Adaleen must come forward so Nicki won't end up in jail. But Roman denies knowing what she's talking about: "It seems to me you voted with your hands in a stairwell at the courthouse," he tells his daughter.

Joey busts into Adaleen's motel room demanding to know what happened with Kathy. But Adaleen refuses to tell him anything.

As they are leaving the funeral, Bill asks Nicki if she is coming home with them. She decides to stay the night with Wanda and Joey. But Joey throws Nicki out as well, furious that she spied for Roman.

Joel and Emory bring the information about the letter's existence to Hollis Greene, who comes with his posse to Bill's office after hours to demand the letter. Bill tells them he only has the report but when he goes to the safe to get it, it's gone. As Bowl Cut tries to strangle Bill, Don shows up and pulls the fire alarm when he sees what's happening and the Greenes flee. Don explains he has the report - he thought if he showed it to Vernie and JoJo they'd come back to him, but instead they just laughed at him. Bill comforts Don as he breaks down over the dissolution of his family.

With nowhere else to go, Nicki shows up at Alby's and he takes her in.