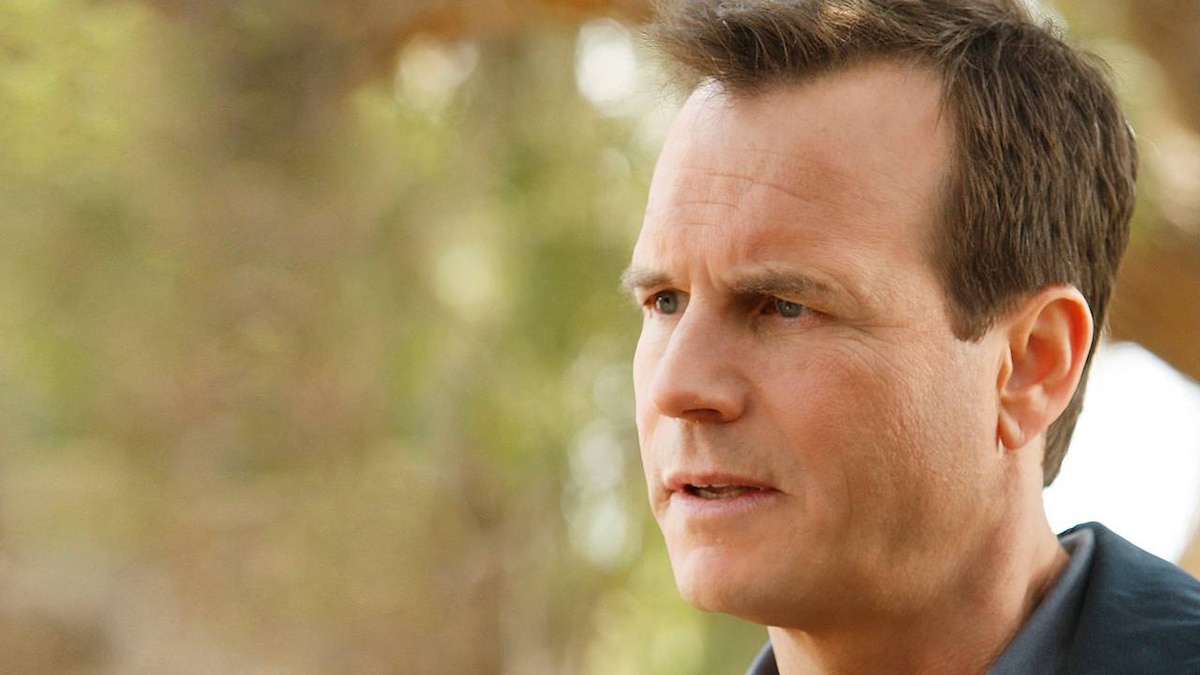 Bill plays with Baby Nell (Margene's newborn) amidst the usual morning chaos at the Henrickson household. It's Nicki's first day at her new job, but no one knows that she's really working at the DA's office (using Margene's name) to learn the identities of the Jane Does testifying against Roman.

Barb sneaks off for testing, concerned her cancer may be back. Facing her mortality again, she decides to take charge of her afterlife, which includes taking an active role in deciding about a fourth wife. Barb goes to Ana to announce they want to formally date her but Ana informs her she has no interest in marrying Bill -- and he's known that for a while. Furious, Barb confronts Bill and gives him three days to decide whether he's officially dating Ana or dumping her.

Bill and Don face increased financial pressures as they try to woo Jerry Flute to partner with them on a Mormon-friendly casino on Indian land. Bill's convinced a clean, kid-friendly, no drinking venue is a gold mine but Jerry is reluctant about Bill's lack of experience.

In jail, Roman argues with his lawyers about his defense for the rape charges - he doesn't want to hear that word used in regards to him. Adaleen reports that Alby has moved into the big house and is cleaning out Roman's office; they vow to crush him.

Neighbors Carl and Pam ask Bill and Barb whether they're coming to the block party. The new neighborhood map is out and the Henricksons are listed as "inactive" and Nicki's house is grayed out - people are aware she shares a last name with Roman Grant. Pam insists she didn't tell anyone about their plural marriage, but Bill believes the map is a wakeup call to become more vigilant. With Roman's case and the crackdown on polygamy in the news, he decides they should avoid scrutiny at the block party. Margene is furious, not wanting the kids to miss out on the fun.

Frankie from Juniper Creek shows up asking Bill to talk to their father, Frank, who has kicked him off the compound. Bill takes Frankie with him to the compound, stopping by Joey's to find out what his brother knows about why their father kicked out Frankie. Joey reports that Kathy and her twin sister Jodean were both sealed to one man (Ron) and when he died, Frank claimed Jodean (thinking he was picking Kathy). Alby sealed them, claiming Roman gave him the authority while he's in jail, but Joey says no one knows what's really going on. Spotting Bill, Lois rants at her son for refusing to take his chance to step up and run the UEB and get rid of the Grants once and for all. Bill drives Frankie back to Frank's who shows off his new "honey" Jodean. Frank claims he threw Frankie out because he was kissing a girl who was earmarked for a bishop - and hanging around Jodean. Frankie apologizes but his father refuses to take him back. Bill insists he'll help him, but Frankie bolts (later showing up back at the Henrickson's, beaten up).

Late at night, Nicki spots shadowy figures running away outside and discovers that her yard has been trashed with toilet paper. Just then, Bill drives up and sees her. She hisses at him to stay away - everyone's watching. But Bill joins in helping her clean up.

Alby signals at a truck stop to another driver and heads to the men's room for a hook-up, only to discover it's a set up; he's attacked and beaten, saved only by the unexpected arrival of some teens. Later, Alby calls Nicki accusing her and Bill of working for their father. He believes Bill tried to have him killed using knowledge of his proclivities, but Nicki insists it wasn't them.

Sarah reveals to Heather that she got into the U, but doesn't want to go because she can't bear to stay in Utah (having overheard her mother talking to Nicki and Margene about a fourth wife). She's applied to out-of-state schools.

Jerry and his wife Ladonna meet with Bill and Margene and Ladonna quizzes them on what polygamy is like. Margene handles it with aplomb, explaining that their life is really pretty boring. When Ladonna challenges them on the Mormon view of Indians - that they're dark skinned and cursed - Margene saves the awkward moment by spouting out an Indian phrase she's learned.

In spite of Bill's continued attempts to resist Ana, insisting he needs a ring on her finger, she eventually seduces him - but Bill is disgusted with himself. Barb and Margene confront him when he returns home and Bill declares it's over for good with Ana.

Adaleen is interrupted working on her autobiography in her camper with a visit from Nicki, who brings her mother the identities of two of the Jane Does set to testify in Roman's case. When she confides that Alby thinks Bill tried to kill him, Adaleen has no sympathy, saying Alby brought it on himself with his behavior.

When Bill is finally able to confront neighbor Rob O'Hare about not letting his kids play with Teenie, he becomes convinced all the neighbors know about their lifestyle and are shunning them. He decides they should attend the block party to take a stand after all. But Nicki refuses, assuming that she will be targeted as Roman Grant's daughter.

At the block party, the Henrickson clan try to pretend everything's normal while Nicki works to repair the roof of her house. When Rob O'Hare suggests Bill's "choices" are a bad influence on Ben, Bill, assuming he's referring to his multiple wives, starts to defend himself. At that moment, Barb and Margene learn that the O'Hare's real objection to Teenie has been the dirty magazines she's been showing their boys - they have no idea they're polygamous. They rush to stop Bill from spilling the beans. Jumping in to save the day, Nicki takes a stand, literally announcing from her rooftop to the neighborhood that she is Roman Grant's daughter and Bill and Barb and Margene deserve praise for being her friend and helping her break away from the compound. As they rush to help Nicki down from the roof, Ana shows up, announcing she's here - on their terms.