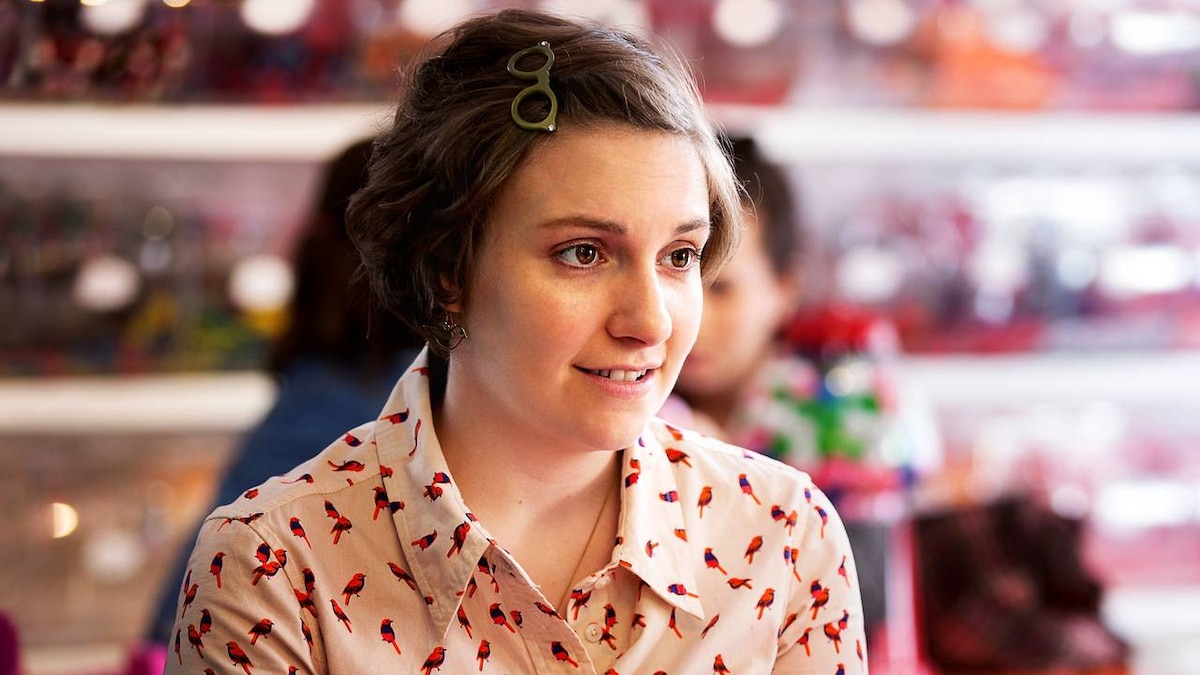 Now living together in Hannah's apartment, Hannah and Adam relish in their newfound domestic bliss. Under Adam's supervision, Hannah dutifully takes her OCD medication. Marnie sleeps fitfully on the couch at her mother Evie's house, nestled under her Rainbow Brite blanket. Shoshanna carefully extricates herself from atop the upper bunk in a college boy's dorm room.

Hannah works a shift at Ray's new coffee house when Adam drops by to borrow her keys after dropping his set down a subway grate. He is then spotted by his ex-girlfriend Natalia and her friend Angie, who together unleash a tirade of insults at Adam. Natalia warns Hannah that Adam is "an off-the-wagon, Neanderthal sex addict sociopath who's going to f*ck you like he's never met you and like he doesn't love his own mother." Ray comps their coffee and the pair storms out, leaving Hannah visibly shaken.

Evie chastises Marnie over what she perceives as a lack of ambition following her break-up with Charlie. Evie is sick of talking about it, explaining to Marnie that Charlie is just the first of 20 guys who's going to "f*ck you over." Marnie insists she's already fixed everything. She has a job where she's respected, she has friends, and she's getting her own apartment in the city. But Evie expects more from her daughter. After all, she gave Marnie her middle name, Marie, "a name with a legacy of strength and independence." Later, Marnie arrives late to the job where she's respected—working the counter at Ray's coffee house, swapping in for Hannah at the end of her shift.

Jessa sits in group therapy at a rehab facility, bored out of her mind and skeptical of the process. She claims to have "figured her shit out" by the age of 5 and mocks her fellow patients, including "Methface" Mindy and Kelvyn, "a dark horse of society, and not in a good way." She's sent to the office of Dr. Sterns, the director of the facility, who laments Jessa's lack of progress and inappropriate behavior. Jessa explains she's only doing the program because her grandmother will reward her with a plane ticket, rent, and Uggs upon completion.

Hannah has a meeting at a candy store with David Pressler-Goings, the editor who threatened to sue her during her OCD spell. He now finds himself excited by the prospect of working with Hannah's mental illness and impressed with the progress she's made on her e-book. They bite into their chocolate cups and Hannah heads to a meeting with her therapist, Dr. Rice. She admits she's worried about money due to Adam's lack of financial support, but Dr. Rice agrees that Adam is a comforting and stabilizing presence in Hannah's life.

Jessa causes yet another ruckus at group therapy. After being encouraged to share her feelings with the rest of the group, Jessa accuses another patient, Laura, of being a closeted lesbian on account of her lack of interest in sex with her hockey player boyfriend, as well as her vest. Laura tosses coffee in Jessa's face and storms out. Later, she enjoys a cigarette and a game of checkers with Jasper, an older British patient. He tells her that she needs to "learn when honesty is righteous and when honesty is nothing more than a party trick." He asks her to reflect on her life through "the kaleidoscope of her own daddy issues."

Jessa goes to Laura's room to apologize. They find some common ground, swapping stories about their uncles, and Laura finally admits that she suspects she may be a lesbian after all. Jessa rewards Laura for her grand revelation by going down on her before being caught by a staff member.

Hannah and a reluctant Adam host dinner at their apartment and invite Marnie and Shoshanna along. Shoshanna explains her new life plan: to alternate nights of sexual adventure with academic focus to prepare her for the real world. A despondent Marnie drones on about the perils of love and relationships. Adam comforts her, sharing a story about his breakup with his ex-girlfriend, a Colombian Columbia student. He explains that after months of being miserable, he realized they didn't know each other as intimately as he had thought. He promises her that "really knowing someone is something else. It's a completely different thing, and when it happens, you won't be able to miss it."

Dr. Sterns tells Jessa that she has a "pretty skewed view of the world" and kicks her out of rehab. Hannah tells Adam that she feels she really knows him, and he explains that he'd rather not see her friends for another three months. Hannah then gets a call from Jessa at rehab, asking her to come pick her up.