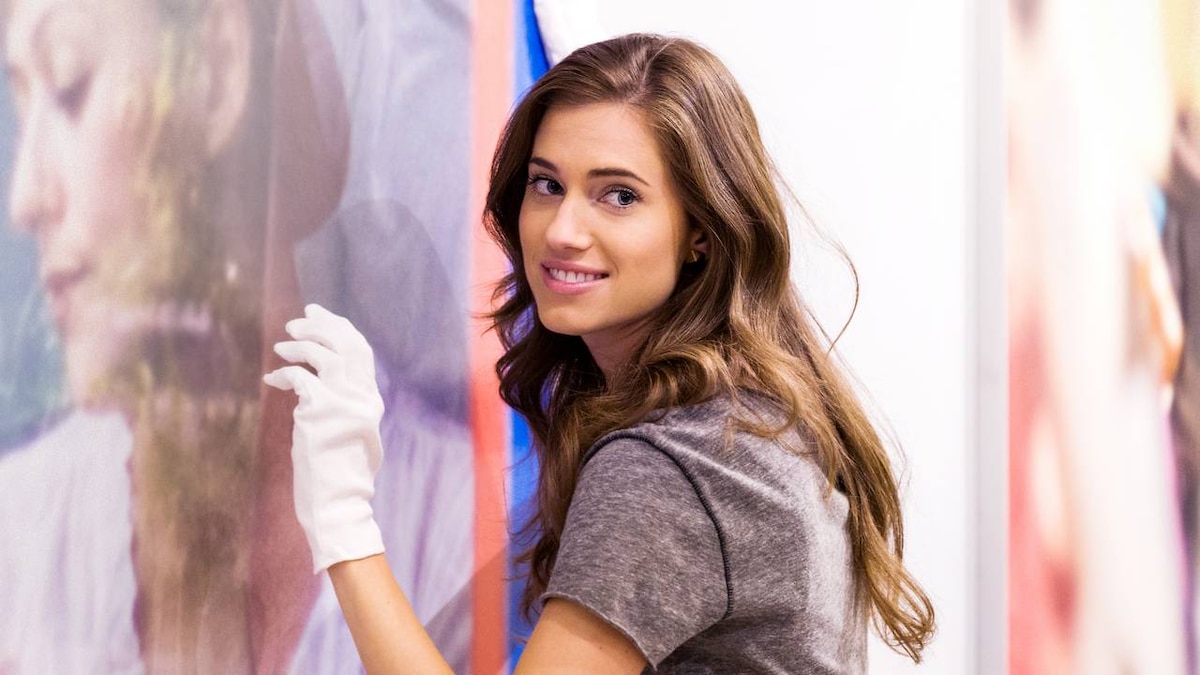 Hannah raises some objections when Adam prepares to head back to Ray's apartment after some sex at their place. She's worried that his leave of absence from their apartment is a foreboding sign of things to come. Frustrated, Adam insists that this is exactly the kind of drama that he is trying to avoid as he prepares for his Broadway debut.

As Adam runs through some lines with a reluctant Ray, they're interrupted by a surprise visit from Hannah, who claims to be dropping by to give Adam his customary one-and-a-half breakfast bananas. She later admits, "It's very hard to relax when I feel like you're leaving me in such slow motion that I'm not going to notice until it's done." She begs to stay, promising to be quiet, but Adam remains steadfast. He takes her home in a cab and then heads back to Ray's.

Soo Jin discusses her gallery's inaugural show with artist Bedelia "Beedie" Sharpsworth. After Sooj heads to a much-needed therapy session, Beedie asks Marnie, a longtime fan of the Sharpsworth oeuvre, to push her wheelchair around so she can review the gallery's placement of her work.

Hannah begs Elijah to join her at Marnie and Desi's open-mic, scheduled for the following night. When Elijah learns that Hannah is heading over to Patti LuPone's apartment to finish her Strenova advertorial interview, he invites himself along.

Marnie and Desi rehearse for their open-mic performance at Desi's loft. Desi is pretty amped, predicting that, "Tomorrow night is going to be the tits." He does have some reservations, however, after seeing Marnie's Edie Brickell cover video. "It was a bummer," he tells her. "It made me really uncomfortable." He encourages here to relax and act more natural. "Loose-y goose-y."

Hannah and Elijah arrive at Patti LuPone's apartment to find the star half in the bag. Patti invites the pair of mismatched lovers-turned-friends to stay for dinner, taking an immediate shine to Elijah. During their meal, Hannah learns that Patti's husband Peter is a professor in the CUNY system, but that he once harbored dreams of becoming a writer - dreams he abandoned so he could support Patti in her career. "I may be the second wheel," he says, "but without me, she'd be a mere unicycle!"

The next morning, Hannah interrupts a meeting at GQ to tell Janice and her colleagues that, "what's happening at this table is the biggest squanderization of talent I've seen in my life." She tears into Kevin, Karen, and Joe, accusing them of being sellouts and failures. Janice finally puts an end to Hannah's tirade and fires her. Hannah responds with gratitude. "Thank you for the firing. It has made my life so much better. You should all try it."

Back at the gallery, Beedie asks for Marnie's opinion on one of her photographs, but Marnie finds herself intimidated and unable to express herself. Jessa arrives, having just applied for a job down the street. She introduces herself to Beedie and shares some criticisms of the photograph in question. Impressed, Beedie agrees that it shouldn't be in the show and asks Jessa if she'd like to do some archiving work for her. "You're not a junkie thief, are you?" Beedie asks. Jessa assures her, "Not anymore."

Backstage at their open-mic night, Marnie admits to Desi that she's nervous about the "strong connection" between them. He reminds her that he has a girlfriend. They take the stage, and Elijah, Hannah, and Shoshanna find themselves pleasantly surprised by how much they enjoy the performance. Shoshanna turns to Hannah and asks her if she's going to be okay since "Adam's about to be on Broadway and Marnie's clearly about to be a pop star and you're supposed to be the famous artist in this group and now you're just working in advertising." Hannah tries to explain that she quit her job that day, but no one really cares enough to listen.

After the show, Desi's girlfriend Clementine joins the gang to offer her congratulations before they head off to a ‘Major Barbara' cast dinner. Distraught, Marnie decides head over to Ray's for some consolation sex. Though initially he stands by his claim that he would rather embark on a real relationship with someone, it doesn't take much convincing before he follows Marnie into his bedroom.

Hannah attends the cast dinner with Adam, where she reveals to everyone that she'd gotten fired on purpose in order to collect unemployment, an act that does not impress the cast of ‘Major Barbara.'

Hannah and Adam head back to Ray's apartment, where Adam tells her that his new living situation is helpful for his "creative process," and isn't sure he wants to move back to Hannah's after opening night. Before Hannah can protest, she hears filthy sex noises coming from Ray's bedroom. She throws open the door, catching Ray and Marnie in the act. She orders Ray to put his dick away, and then coldly tells Marnie, "You will never judge me again."