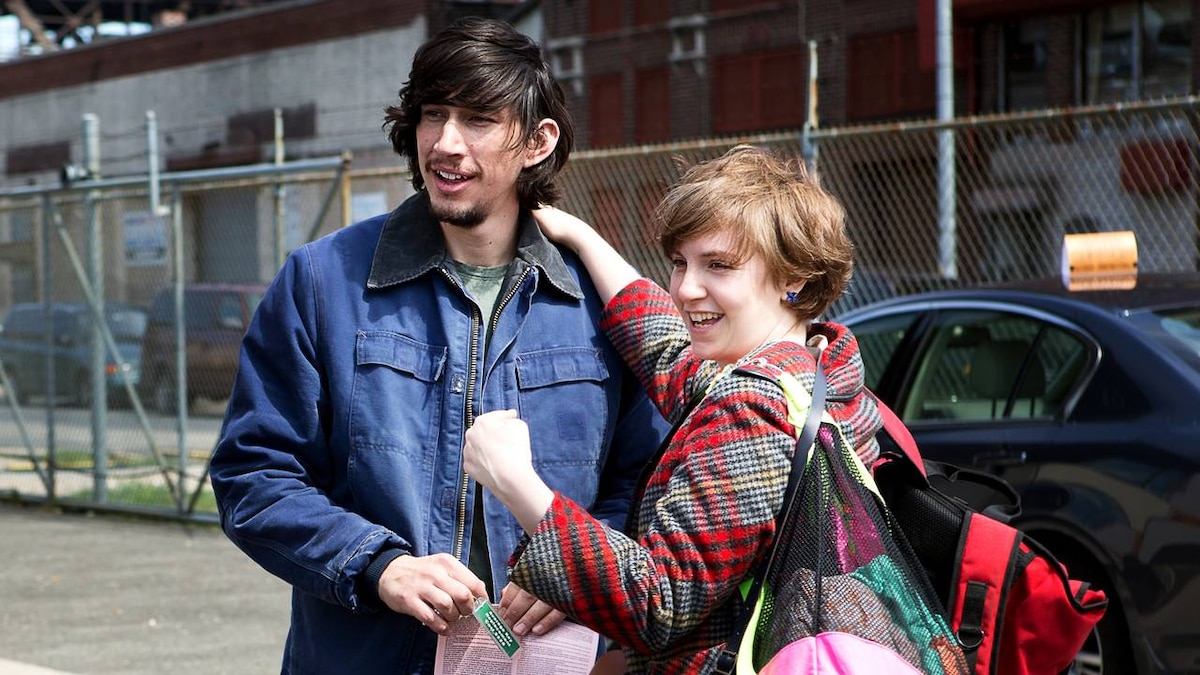 Hannah, Adam, and Shoshanna hit the road, on their way to pick up Jessa from rehab. Adam has no qualms expressing his opinion that the girls are not quite the "models of female friendship" they claim to be. Rather, he argues that they are interfering with Jessa's recovery.

The road trip makes a pit stop at a country restaurant, where Shoshanna encourages a frustrated Adam to choose his favorite utensil. With her mother's help, Marnie moves into her tiny new apartment, the scent of which Evie aims to take from kimchi to Sephora. Desperate for a buffer from her overbearing mother, Marnie calls Hannah to see if she'd like to come over to check out her new place. After lying about her whereabouts, Hannah reveals the truth about the nature of their trip. Marnie claims to feel left out, before admitting that she just really didn't want anyone to go at all.

Hannah expresses disappointment over the unremarkable nature of the road trip, having expected it to provide rich material for her e-book. "This road trip is not a metaphor, it just isn't," she declares.

Later, Hannah finds Shoshanna sitting in the motel's hallway. She asks Shoshanna if she thinks Adam is right, not about the lack of value in watching sitcoms, but that picking up Jessa might do more harm than good. Despite her binge-drinking, heavy drug use, and recent divorce, Shoshanna doesn't believe her cousin has anything to worry about, citing rehab is a rite of passage for celebrities. She has surmised that Jessa has "probably already met Ryan Philippe, and they're probably engaged."

The next morning, Hannah, Adam, and Shoshanna are back on the road. Adam, sick of Hannah's whining, pulls over and announces they're taking a spontaneous hike. Despite Adam's joyful insistence that God is all around them, Hannah refuses to go along. "It's liberating," she tells him, "to say no to shit you hate."

Jasper returns to his room to find that Jessa, who slept at the foot of his bed the night before, is still there. He admits that he was "pants-shittingly scared" that he'd return to find that she'd left before they had the chance to "properly f*ck." She rebuffs him, assuring him they were never going to have sex despite his belief that it was destined from the moment they met. After learning he's been using pills, she bids him goodbye. He insists their paths will cross again.

They arrive at Sheltering Winds, where Dr. Sterns hands Jessa over to Hannah, explaining that she's been removed from the program for various offenses—including fraternizing (intense sexualized socializing, not joining a frat as Jessa tries to explain) and "distributing a ‘zine of provocative cartoons." She also shares the unwelcome news that Sheltering Winds employs an open-door policy and that they'd even offered to drive Jessa to the airport.

Hannah privately berates Jessa for lying to her as well as abandoning her at her father's house. "I just wish that you would get it that this is not okay behavior for a friend!" she says. After airing her grievances, Hannah throws her arms around her friend and tells her how much she's missed her. "I would really like it if you would please stop leaving because I'm really looking forward to you being around more." Jessa assures her she's done with all that. Adam offers to bring Jessa along to a "meeting or whatever" and the four friends drive off back to New York.