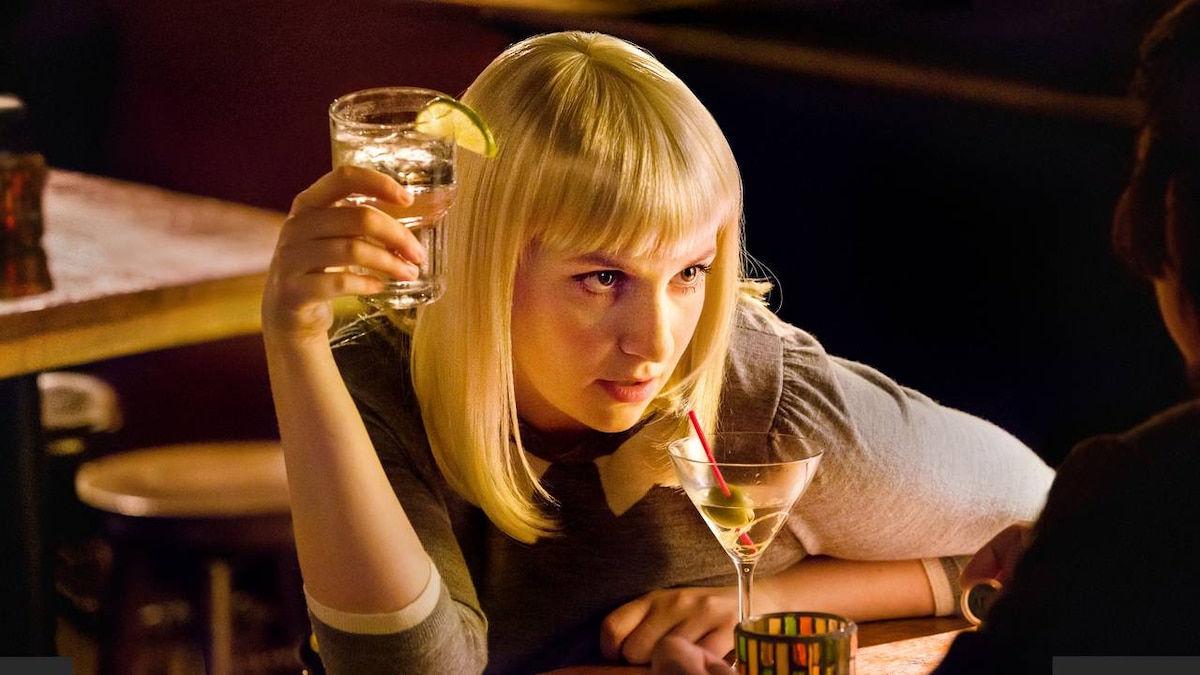 Hannah spends an evening at a bar with her coworkers, pounding drinks, dancing, and carousing. When she caps off the night by vomiting all over herself, Joe hustles her into a cab back to his apartment, where he continues to care for her while she recovers from being over-served. In the morning, Hannah wakes up alone in Joe's bed, dressed in his pajamas.

Marnie meets with Soo Jin at her new gallery to discuss job opportunities. Soo Jin explains that what she really needs is an assistant -- someone "more qualified" than she is, adding that Marnie would be a perfect fit. Thinking she might be in line for a position with a little more cache, Marnie is initially reluctant to consider the offer, though she eventually accepts.

Hannah bursts into her apartment and apologizes to Adam for her disappearance the previous night. Adam, caught up in the excitement of his upcoming Broadway debut, barely noticed Hannah's absence. He shows off the coat he'll be wearing onstage in ‘Major Barbara,' a garment that he plans to wear around the house as he does "stuff he normally does" like organizing his newspapers, eating muffins, and going to the bathroom.

After a shower, Hannah joins Adam on the couch and straddles him. Adam puts a stop to any funny business, insisting that he doesn't want to get "sticky before rehearsal." Hannah is incredulous but tries to mask her disappointment. She promises to go watch him at rehearsal that afternoon.

Marnie spends the afternoon at Desi's, working on their music. He aims to inspire her and encourages her to believe in herself. He starts to sing a romantic song of his own, and Marnie is disappointed when he explains the song is about his girlfriend Clementine.

Hannah attends ‘Major Barbara' rehearsal but is quickly expelled from the theater by the director, who has little tolerance for visitors. She is further humiliated when Adam does little to prevent the ejection. Back at home, Hannah shares some burritos with Elijah and complains about Adam's recent change in behavior: "He treats me like an ottoman with a vagina." She tells Elijah she needs to do something to remind Adam why they love each other. Later, when Adam calls during a break, Hannah tells him to meet her at a bar after rehearsal and then leaves a message for Marnie, asking to borrow her apartment.

Concerned over her cousin's recent relapse, Shoshanna lures Jessa and Jasper to lunch, promising the pair of intoxicated Brits some free steaks. Unbeknownst to them, however, Shoshanna has invited along Jasper's estranged daughter, Dottie.

Disguised in a platinum blonde wig, Hannah waits for Adam at the bar she frequented with her coworkers the night before. She approaches him with a "vodka" (really an ice water) intended for her "workaholic husband," who has stood her up once again. Confused at first, Adam slowly catches on to Hannah's game.

Dottie confronts Jasper, upset at him for not contacting her since he's been in New York. She explains to Jessa how wonderful he is when he's sober and how she wants him back in her life. Sensing that Jasper is slipping away from her, Jessa tears into Shoshanna for arranging the intervention. As Dottie prepares to leave, she makes one final plea to her father to get rid of Jessa and to let her help with his recovery. Moved by his Dottie's efforts, Jasper accepts, and the reunited father and daughter walk off together.

Hannah takes Adam to Marnie's apartment, where they continue their role-playing scenario. He poses as a violent stranger who has forced his way into this older married woman's apartment.

After they begin to have sex, Hannah switches roles and becomes Kim, a high school cheerleader, accustomed to f*cking football players, but now slumming it with "the school weirdo." Uncomfortable with the whole situation, Adam pulls out abruptly. Startled by his reaction, Hannah explains she was just trying to have sex "the way they used to." Adam reveals that rough sex with strangers used to help keep him from drinking, but once he fell in love with Hannah, he no longer felt compelled to behave that way. He tells her he needs to start concentrating his focus more on the play and that he plans to stay with Ray until the show opens.