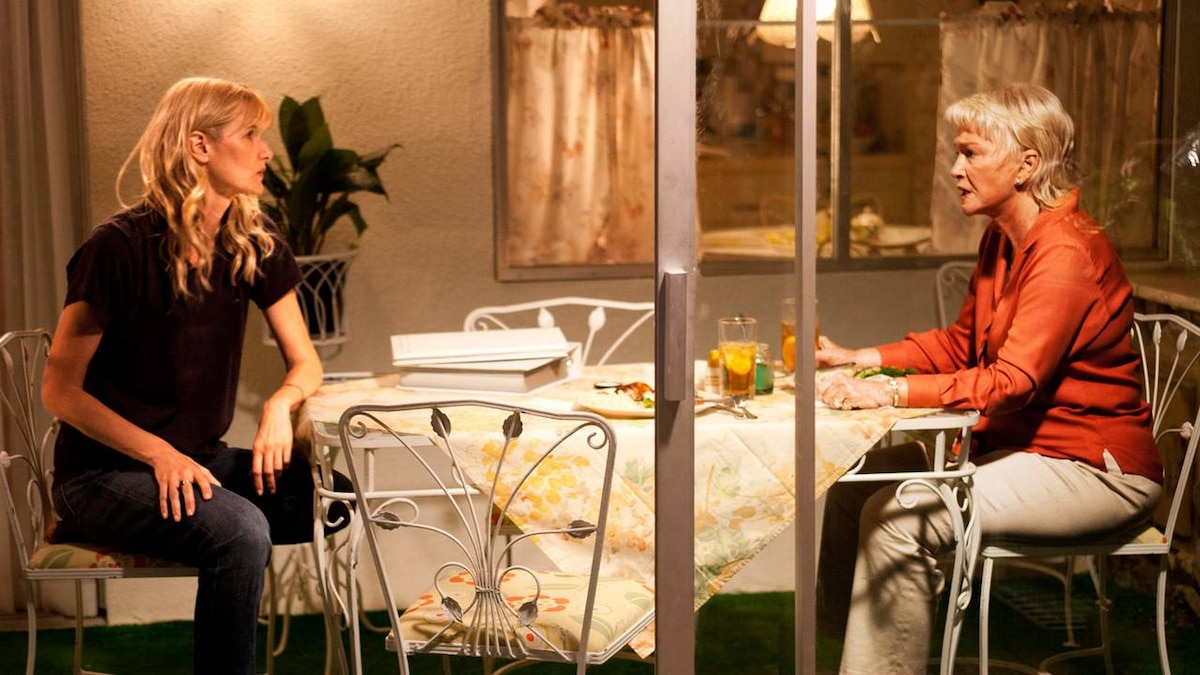 Helen prepares breakfast and notices that Amy has a cold. Amy says she's just tired, having been up all night writing an email to Levi. She asked her ex-husband to return her old photo albums and told him she didn't want to see him again.

At the supermarket, Helen runs into Carol, an old friend. Carol is eager to share stories and pictures of her grandchildren. Helen indulges her while growing increasingly uncomfortable, then reveals that Amy's moved back in while she gets back on her feet and that her other daughter, Bethany, is quite busy. Carol says her husband looked up to Jim, Helen's deceased husband. Helen asks why Carol's husband pulled out of a business deal years earlier, but Carol doesn't know.

Back home, Levi arrives to drop off the photo albums. He tells Helen that instead of Amy telling him off, as she's been doing for years, she should just not contact him at all. Helen accuses Levi of not having been there for her daughter, but he says the love that Amy's been missing is Helen's, not his.

In the empty house, Helen thinks back on old times. She recalls raising the girls with Jim and comforting him when his business deal fell apart. Finally, she enters the garage, where Jim killed himself with the exhaust from his car.