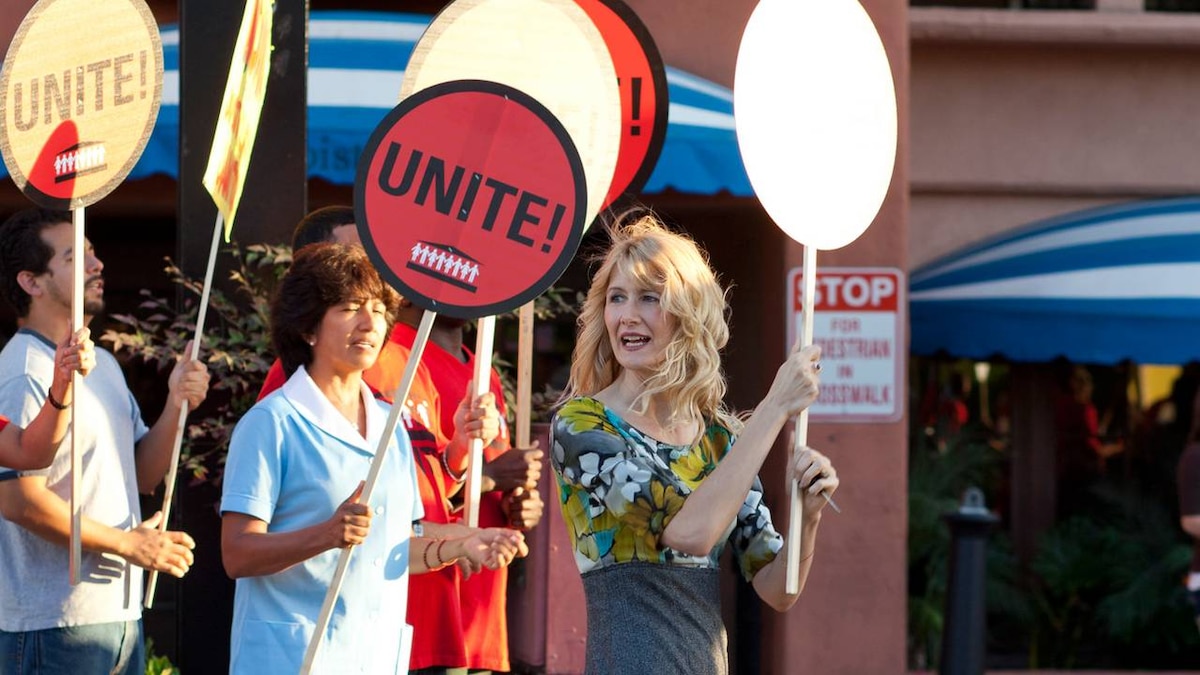 Distracted by a union protest on the way to work, Amy arrives late once again. When she shows up, Dougie tells her that her lack of productivity is becoming a problem. Tyler reluctantly tells Amy that Dougie is mad because she "c*ck-blocked" him. Amy asks her co-workers what exactly Cogentiva does. When no one else will tell her, Omar explains that they're monitoring the exact level of productivity of employees across the entire company. The information is used to keep track of the workers and sometimes, provide cause for firing them. Amy likens it to working for Big Brother.

When Amy is brought in by Human Resources to discuss her poor performance, she tells them that Dougie wants her fired because she c*ck-blocked him and he acted inappropriately. She runs to Krista to help her get out of the department and asks her to arrange a meeting with Damon and the Health and Beauty department.

Back at her desk, Amy is shunned by her co-workers for dragging them into her problems: Human Resources is interviewing the entire department about Dougie's behavior. Krista informs Amy that Damon refused to take a meeting with her. Desperate, Amy prints out the material about the harmful environmental impact of Abaddon's vendors and delivers it to Damon personally. He tells her he'll look at the material and that Krista never spoke to him about her. Amy confronts Krista about the lie, and Krista says they don't need to be friends anymore.

Human Resources lets Amy keep her job -- she's not the only one who's complained about Dougie's behavior. Amy thanks Tyler for sticking up for her, but in the parking lot, Connie tells Amy that it was she who complained about Dougie because of his use of profanity. On the way home, Amy joins the union picket line.