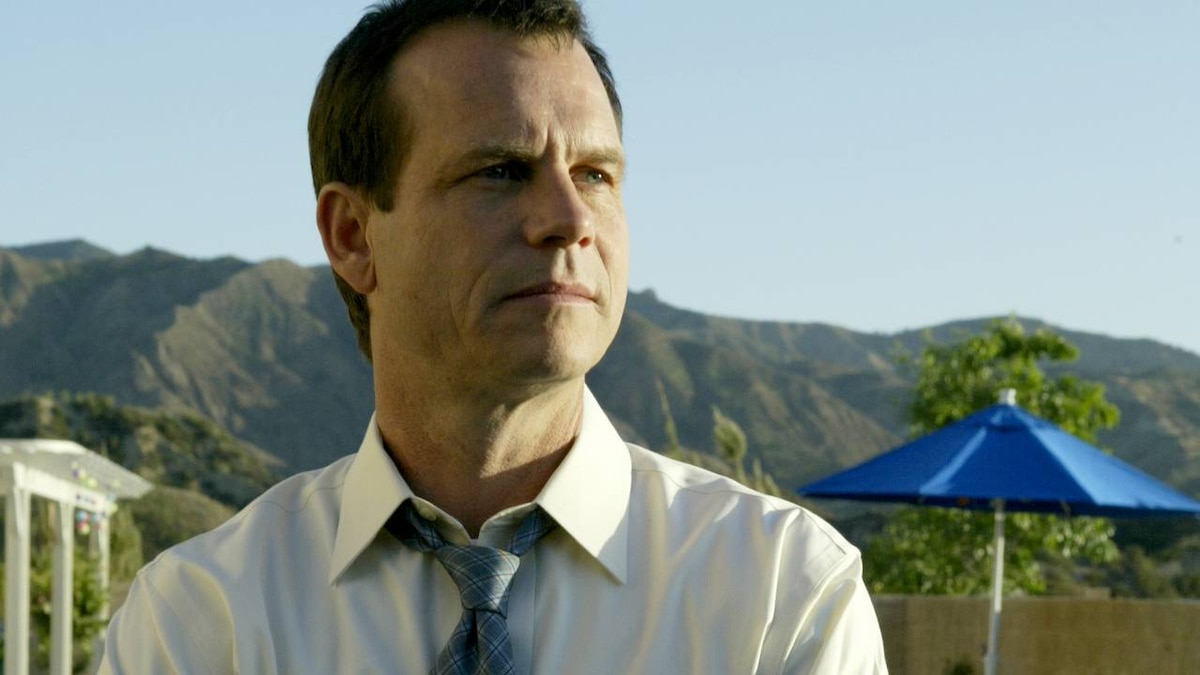 Written by Mark V. Olsen and Will Scheffer
Directed by Rodrigo Garcia

Bill Henrickson has not been himself lately. The stress of opening the second of his "Henrickson's Home Plus" superstores has been getting to him, and he is struggling to keep up with the mounting demands from his wives and kids at home. Barb, the oldest of his wives, recently returned to substitute teaching, and she needs him to pick up some of the slack with the errands. Nicki, the second wife, wants more money to fix up her house — after all, Barb got to do hers. And Margene, the third wife, with two boys under two, is preoccupied with losing her baby weight — and with Bill's inability to get an erection with her.

Things get even more complicated when news arrives from Bill's ne'er-do-well brother Joey that their father Franklin may be meeting his end. He makes a long-avoided return to the rural Juniper Creek Compound where he was raised, only to discover his father foaming at the mouth on the living room floor. His mother, Lois, couldn't pick him up, and she refuses to take him to a hospital ("it just brings more attention to us"), leaving it up to Bill and Joey to sneak him out when she leaves for work.

Back in suburban Salt Lake City, Bill's oldest daughter Sarah unwittingly befriends the daughter of a state trooper — putting the family's secret at risk. Ben, his oldest son, wants a new gun. Teenie, the 8-year-old, calls her dad to ask him to get grub for her lizard. And Nicki's two young boys have been clammering to be picked up and played with in the pool.

Through all this, Bill manages to make it to the grand opening of his second store, but his celebratory spirit comes to an abrupt end with a surprise visit from Roman, the ruthless head of the Juniper Creek compound and Nicki's father. Roman helped Bill finance his first Home Plus store, and now he wants a cut of the profits on the second. Bill refuses, and the stalemate threatens their relationship — and possibly more.

Adding to Bill's anxiety, the hospital calls with toxicology tests on his father. He's full of arsenic, and Bill suspects his mother may be to blame.