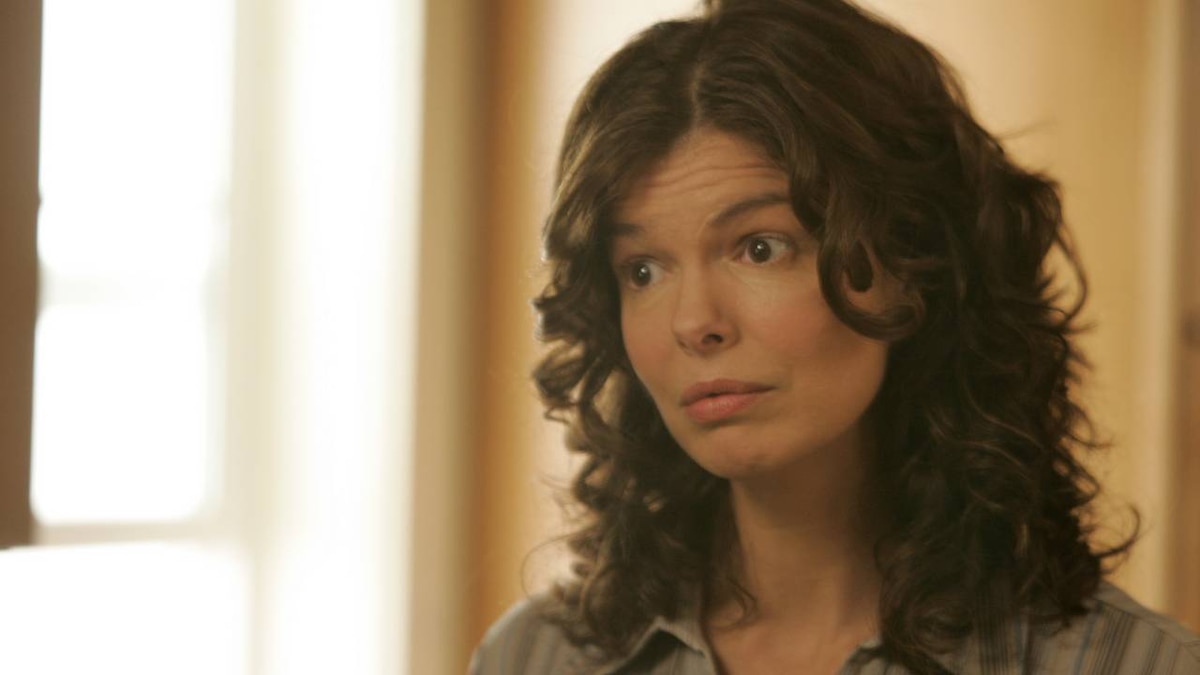 Written by Mark V. Olsen and Will Scheffer
Directed by Charles McDougall

Margene's lack of inhibition — in the bedroom, in the kitchen — rankles the other sister-wives, and when her 'day' spills over into Barb's, Nicki decides to confront Bill about it, only to end up getting some spillover time of her own. Margene nearly walks in on the two of them, and overhears Bill using the same sweet nothings with Nicki that she had just used with him.

Reeling in shock, Margene flees to a hiding place, before summoning the anger to confront her husband later in the day. But Bill has bigger concerns. Worried about Roman's threats, he looks into installing a security system at home, just as his father receives a hospital visit from the tyrannical compound leader. "Tell [Bill] to shape up. Tell him to get back in line... he's not allowed in the compound." Roman warns Frank, who's still recovering from arsenic poisoning.

With tensions brewing at home, the Henricksons host a bridge game with Bill's business associate, Don Embry, and his three wives. As the six women help each other prepare snacks, Don confides to Bill that he's seeing someone, and has his wives' permission to expand the family. During the card game, Don's two younger wives, Verna and Julep, play footsies with each other under the table, while Margene and Nicki's simmering jealousies erupt over a bridge hand.

While their parents are playing cards, Ben Henrickson and Jason Embry double date at a drive-in. Ben's older girlfriend Brynn, a senior at their high school, gets randy with him in the front seat, setting Jason on edge. "She's just after your manhood," Jason warns Ben later. "I think you need some serious guidance... CTR man... Choose The Right."

Sarah's new work friend, Heather, lets her know that she's a tolerant Mormon (she volunteers with a gay, lesbian and transgender teen group), and though she doesn't believe in polygamy, she still wants to be friends with Sarah. "Even if we don't approve of others actions, I think that love is still unconditional," Heather explains. Sarah confides that she doesn't approve of polygamy, either.

Since no one else will do it, it falls on Bill to take his father home from the hospital, but the two get into a row after Frank tries to shake down his son for $5,000 to protect him from Roman. Bill confronts his father for throwing him off the compound when he was 14, leaving him to fend for himself in Salt Lake City. "Just how it goes," Frank shrugs. "Boys get run off so old men get to have all the pretty girls to themselves." After a silent ride to Juniper Creek, Bill is nearly run off the road by Alby and his henchmen. Frank decides to walk the rest of the way, and Bill races back to his own three-home compound in the suburbs. Suddenly realizing the danger he's in, he stops in the driveway to say a prayer. "Heavenly Father, I'm lost. Guide me to the path of righteousness... Show me the way."

Though it's not her day, he searches out Margene and apologizes to her for his breach with Nicki, and for dismissing her feelings. Like their ancestors, he explains, they must make sacrifices to keep their faith, and their link to "family to come, souls yet unborn." He tries to reassure her of her place in the family. "You make us complete... I wasn't complete, until you."

Margene smiles at him through tearing eyes. Then she reminds him she needs a car.

As he heads towards Nicki's house, he takes an angry call from his mother, who apparently received a visit from his father — now convinced his wife tried to poison him. "You told him to watch his back around me!?" Lois asks her son. "He says he's gonna kill me!" Flummoxed, Bill tries to assure his mother that he said no such thing. "Traitor!" she yells, before hanging up.

Before he can make sense of this, Nicki calls from her bedroom. The demands never end. He pops a Viagra pill and makes his way to her.