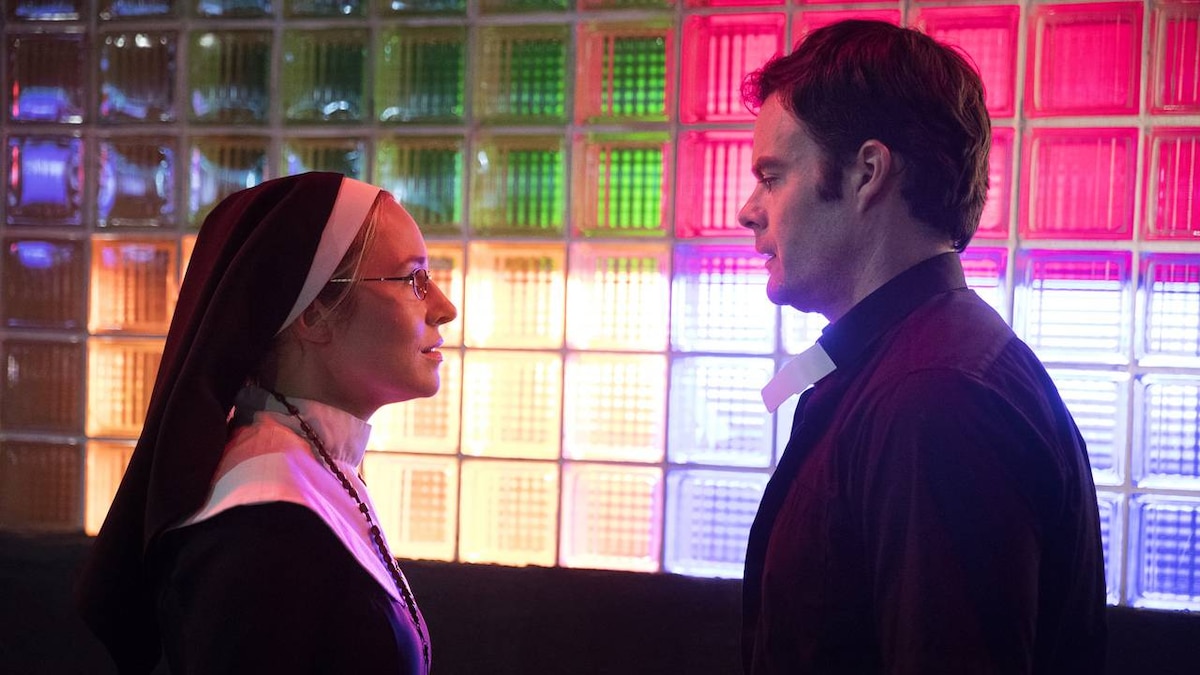 Chapter Two: Use It

Cousineau tells the class Ryan Madison is dead and implores them to use their pain in their acting. Sally convinces the group to hold a memorial scene night for Ryan, but Barry is distracted by a text from Fuches. The Chechens want the two of them dead.

The police find a camera in the car with the dead Chechens. Two techs try to figure out how to recover the footage, but they can't unlock it.

Barry convinces Fuches to leave and tells him he's going to stay and face the music. But while Barry steps outside to take a call from Sally about doing a scene together, the Chechens enter the hotel room and assault Fuches. They bring bring Barry and Fuches back to Pazar's to be tortured.

Pazar tells them he's angry Barry killed his men, including one who was supposed to carry out a hit that night. Now, they want Barry to do the job, and Pazar's henchman, Vacha, starts filing Fuches' teeth until he agrees to do so.

At the memorial, Barry and Sally prepare to perform a scene from Doubt, but decide to scrap it when Ryan's dad makes a speech that gets under Barry's skin. He takes Sally home and she tells him it would be a mistake if they slept with each other. Barry leaves, puzzled.

Vacha, through a long lens, spies on Sally and follows Barry as he drives off.