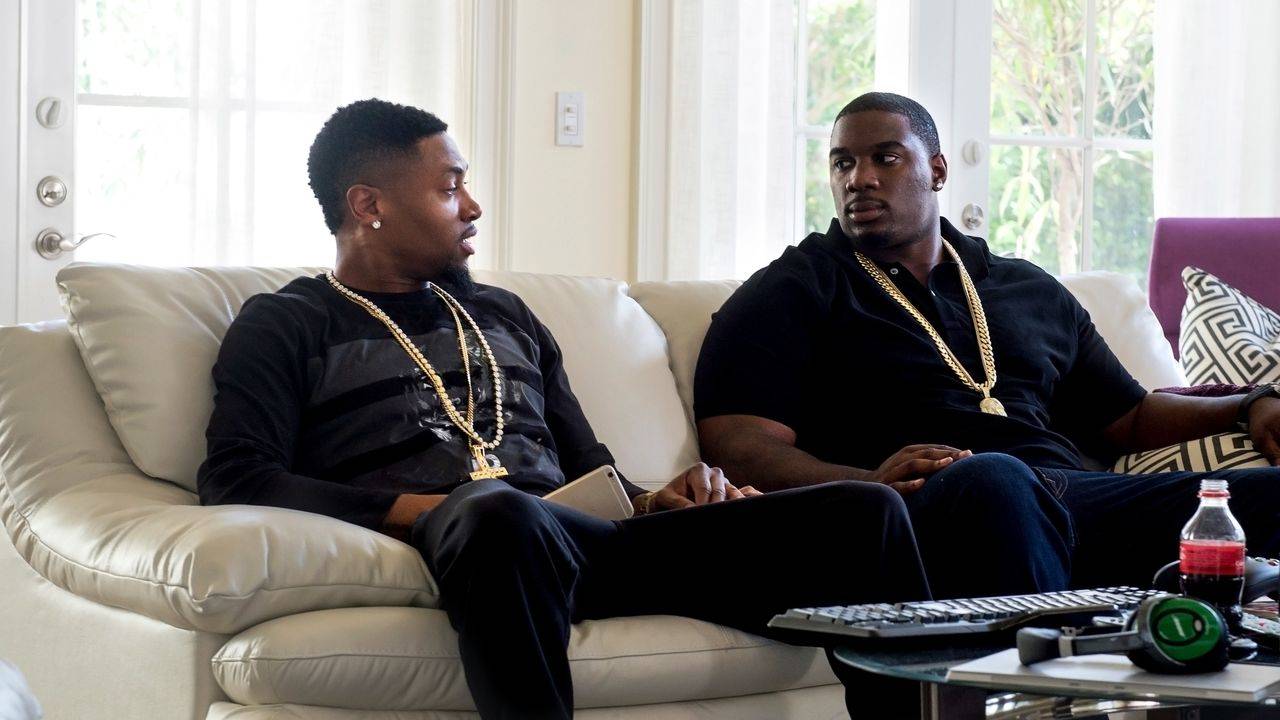 Spencer makes breakfast for Joe, Vernon, and Reggie. He delivers the good news that Angie has agreed to lower the asking price for the incriminating photos from $500,000 to $150,000. Even Reggie is impressed, but Vernon is still reluctant to give her any money. Spencer volunteers to pay her himself, and imparts some wisdom to Vernon - he needs to get smart and pay attention.

Spencer visits Tina, Rodney's widow. She gives him a gift - Rodney's ashes - and tells him to dispose of them however he sees fit.

Ricky, depressed, calls Annabella and leaves an angry voicemail. He takes out his frustration on the leg press while Charles looks on with concern. Ricky searches for Bella at her friend house but she's out with Julie Greane, who tells her about Ricky's "Fun House."

Spencer and Joe meet with Maximo to finalize the deal, but the lawyer has one last stipulation: Angie wants a sit-down with Spencer before she hands over the pictures. Spencer, furious, refuses the request.

Jason visits his mother, and meets her new boyfriend, David. He can't get over how young David is, and is further put off when he asks Jason to consider representing him in his career as a golfer. Worried that David is using his mom to get to him, Jason tells her to break it off. Later that night, he walks by her bedroom and witnesses something he wishes he hadn't. He leaves the house, taking his deceased father's golf clubs with him.

Ricky shows up at the Latin music club where Bella is dancing with Chris Anderson, the basketball player. Ricky loses it and goes after him, but Charles and Spencer intervene. Ricky storms out, worse off than ever.

Spencer and Charles decide the best place for Rodney's ashes is the field where they played in college. On the field for the first time since he retired, Charles thinks about getting back in the game.

After Spencer turns her down, Angie takes matters into her own hands. She emails the photos to Joe and Spencer's boss at Anderson.