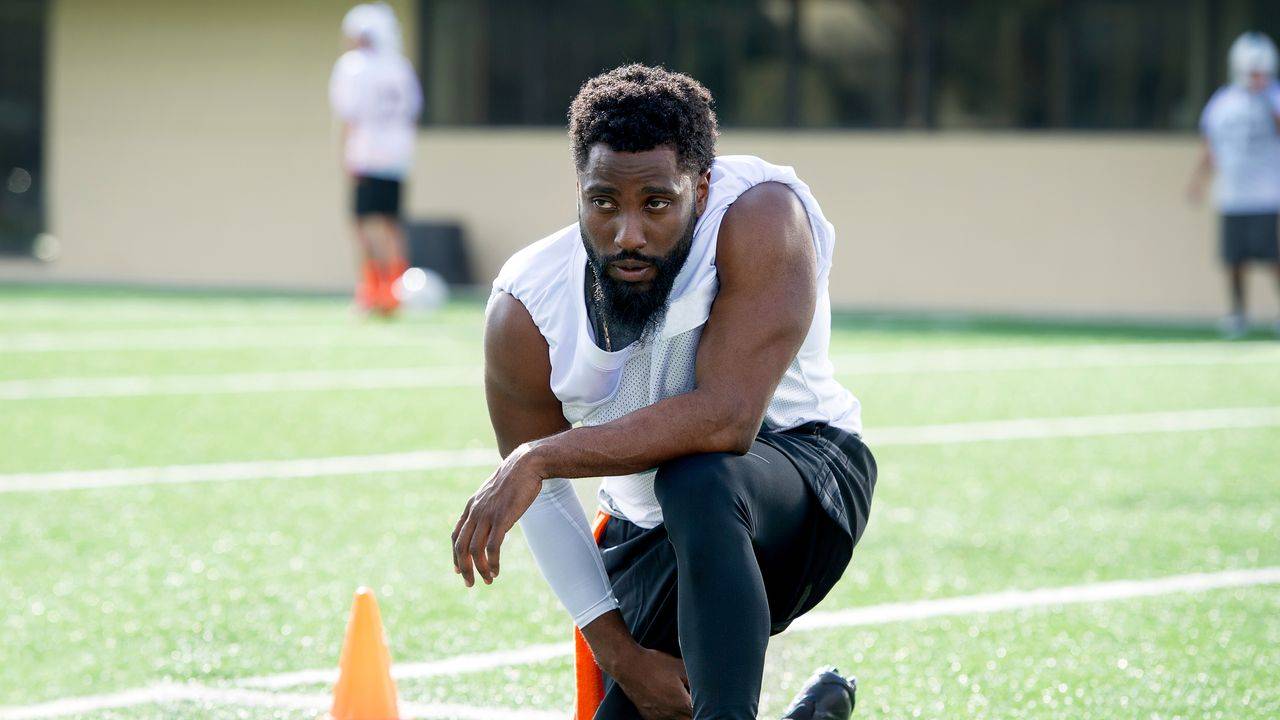 After Spencer sells a savings bond to an older woman, Joe tells him to stop playing small ball. Spencer counters that he's just signed on Vernon Littelfied as a client. Joe breaks out the tequila to celebrate, until Spencer reveals that Vernon hasn't actually signed the authorization forms yet. Thanking Spencer for the "blue balls," Joe sends him out to get the signature.

As Ricky prepares to leave for his first practice with the Dolphins, his girlfriend Annabella gives him two things: a diamond necklace with his number 18, and a warning that if he steps out on her again, she'll leave him.

At practice, Ricky sees another receiver, Alonzo Cooley, sporting his beloved number. Ricky offers him $40,000 and the necklace in exchange for the jersey, but Alonzo isn't having it.

Spencer visits Vernon to get him to sign the paperwork, but Vernon's childhood friend and "advisor" Reggie intercepts him. Reggie doesn't want to be left out of any conversation about Vernon's finances, and he lets Spencer know it. Vernon's mother suggests they meet for lunch at the Biltmore to talk things over.

Despite his aversion to air travel, Jason flies to Dallas to unofficially begin renegotiating Vernon's contract face to face with the team.

At the Chevy dealership, Charles gets another visit from Larry Seifert, the Dolphins GM. Seifert tells the former lineman that instead of selling cars, he could still be playing in the league - if he were to get in shape. Charles rebuffs the offer and sells him a truck instead. When he goes home, Charles asks his wife, Julie, if she thinks he's fat. She says she likes him "burly," but admits he could lose a few pounds after he breaks an ottoman.

At the Biltmore, Joe and Spencer are surprised to see Vernon invited his friends and family, all of whom are now enjoying a lavish lunch on the company dime. After Jason calls to deliver the news that Dallas hasn't yet agreed to renegotiate, Spencer has a heart to heart with Vernon. He needs to cut down on the spending, or his crew will bleed him dry.

Vernon agrees to let Spencer control his finances - as long as Reggie is involved. They sign the paperwork, and Vernon and Reggie drive off in their brand new (leased) McLaren.