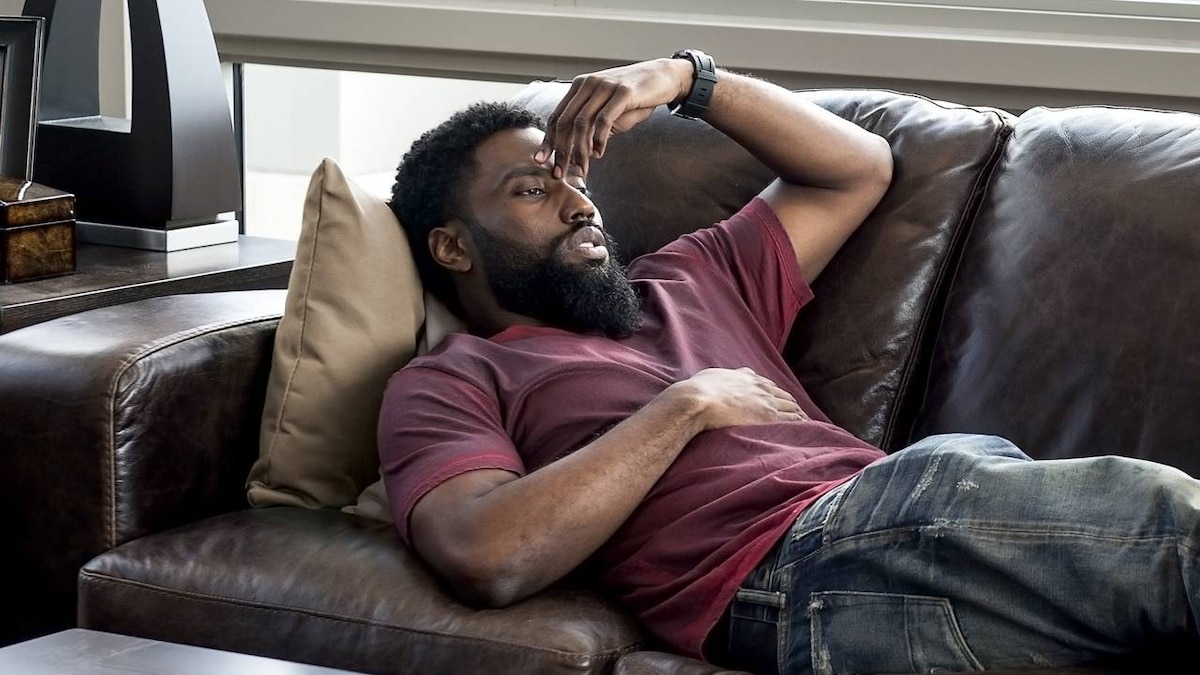 Spencer wakes from another fitful night's sleep, dreaming about a particularly hard hit. Tracy notices that something isn't right and insists he go see a neurologist.

Joe wakes up on Anderson's yacht, severely hungover. The captain informs him that Anderson requested the boat back for the afternoon; Joe and the girls who stayed behind will have to leave. When the girls' friends bring pro players Victor Cruz and Lamar Woodley on board, Joe takes command of the vessel and orders it out to sea.

Spencer and Jason meet with Vernon and Reggie (wearing a neck brace after his tussle with Spencer) to discuss Vernon's contract with Dallas. Jason feels he secured a fair starting offer, but Reggie wants to hold out for a lot more. To do all the things they want to do - buy Vernon's mother her dream house, build a children's hospital wing - Vernon needs to earn $101 million with half of it guaranteed, which would make him the highest paid defensive player in the game.

Ricky apologizes to Alonzo for sleeping with his mom and Zo says it's all behind them. But when Ricky leaves practice, he sees his Ferrari is gone. He talks to Siefert about his problems, and the GM suggests he adopt a mantra, "I'm bigger than my problems." The mantra works until Ricky discovers the tires have been removed from his car.

Over breakfast with Julie and her sister, Charles gets a text from Sammi, a girl he met at the yacht party. When she sends him a sexy photo, Charles freaks out and leaves for work. Later, she calls him and suggests he come over. Panicked, Charles tells her not to call him again. On his drive back from work - and with Sammi on his mind - Charles drives right past his own house.

On the boat, Joe connects with Victor about being underestimated. When he sees Anderson waiting for them on the shore, Joe asks Victor to consider signing with them so he can introduce the star receiver as a potential new client. Victor agrees to a meeting.

Jason renegotiates Vernon's contract with Dallas. The team steps up their offer, but it's still short of Reggie's astronomical number. Jason and Spencer think Vernon should definitely take it.

At Tracy's urging, Spencer sees the doctor. Everything looks fine, but the neurologist wants Spencer to get an MRI, just to be safe. Before he goes in, Spencer receives word from Jason that Vernon didn't just reject the offer, he hung up on Dallas.

An incensed Spencer shows up at Vernon and Reggie's dinner. He levels with them - Vernon should have taken the deal. Reggie disagrees. Spencer puts it to Vernon to decide, and he says simply, "It is what it is." Spencer tells Vernon that as soon he returns the $300K loan, the two of them are through.