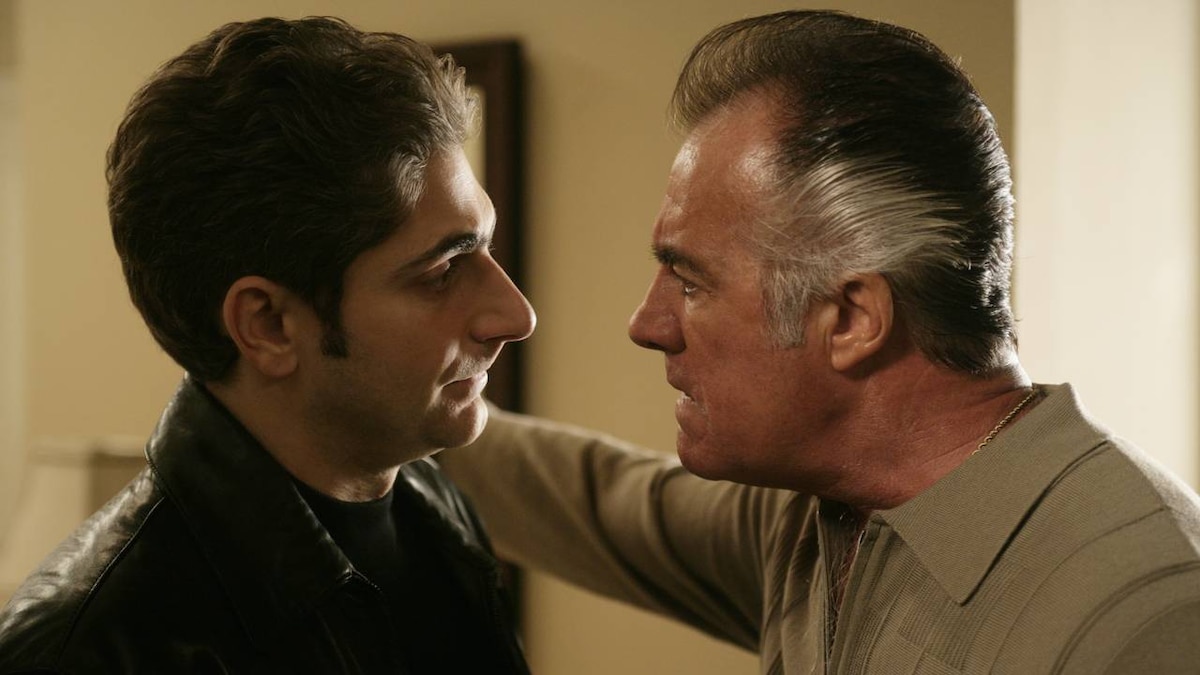 "I know human nature. And I know a crutch when I see it."

AJ is in a funk over his break-up with Blanca and nothing Carmela or Tony do or say seems to help. "It's better to have love and lost AJ," says Carmela, but AJ just takes out his despair on his parents.

Having set his father-in-law up with a regular supply of stolen power tools for his hardware store, Christopher divvies up his take with Paulie. But when Paulie sends Little Paulie and Jason Molinaro over to lift some equipment without going through Christopher, Christopher goes to Tony in a rage. Tony brushes him off, blaming Christopher's lack of face time at the Bing and Satriale's for Paulie's disrespecting behavior.

Tony goes to Agents Harris and Goddard with the names of the Arabs who used to hang around the Bing, getting the cell phone number of one of the guys, Ahmed al Najafi, from Christopher. "Can I bank the result in good will?" he asks. But all Agent Harris can promise is a letter to his file--should he ever get arrested it will be considered at sentencing.

Falling apart when Blanca agrees to meet him for coffee, AJ sinks deeper into a depression. Having quit his job, AJ spends his days curled up in bed, staring at the TV, and talking about the futility of "it all" - Meadow tells her parents she's concerned he may be suicidal.

Tony is prepared to quit therapy at his next session with Dr. Melfi, but as he tells her, "Guess what? My son is talking suicide so now I'm trapped here forever." He gets emotional, admitting how painful it is to think that his son inherited his depressive tendencies from Tony.

Christopher makes an effort to be social, hosting a large Sunday barbecue and dinner at his house with Kelli but Tony still rides him about not being around enough. When Christopher tries to explain how hard it is for him because of his addiction, T dismisses the "disease concept" as bulls***. But Christopher insists he inherited it from his parents. "Let's be honest about the great Dickie Moltisanti--my dad, your hero--wasn't much more than a f**king junkie."

After Patsy Parisi brags about all the action his son is getting at Rutgers, Tony runs into Jason Parisi and his friend Jason Gervase at the Bing and urges them to call AJ up to go to a party. Tony orders AJ to go.

At an AA meeting, Christopher complains that his not being able to socialize is taking food from his daughter's mouth. He admits to an AA friend about the affair he had, and though he ended it, he suspected this woman was the thing that poisoned his relationship with his uncle/boss.

AJ goes to see his own therapist who quizzes him on his mood, and AJ admits to feeling suicidal. The therapist prescribes an anti-depressant. When AJ gets home drunk from his night out, Carmela is furious at Tony for sending their under-age son out to a strip club when he's such an emotional wreck. But Tony is convinced that this is the road back to college for AJ - frats and partying.

When Christopher finds out Little Paulie and Jason Molinaro have lifted more tools from Al's, he goes ballistic, busting in on a poker game and throwing Little Paulie out a window. Christopher goes to Tony to apologize for his rash actions and still doesn't get much sympathy, though Tony admits he needs to have a talk with Paulie. Meanwhile, Paulie is retaliating by doing donuts on Christopher's lawn, tearing his landscaping to shreds. Christopher calls Tony after their meeting to report how his wife and daughter were terrorized by Paulie but promises he will "sit tight."

At another party, the two Jasons invoke "Tony Soprano, Jr." to threaten a kid who hasn't paid his betting debts. They drag the kid off into the woods to torture him. AJ goes along, both excited and repelled by his participation.

Christopher shows up at the VIP room at the Bing to make peace. He and Paulie apologize to each other and Christopher, in a show of fraternity, orders up "whatever he's having" at the bar. Many drinks later, a drunk Christopher waxes on about fatherhood and when Paulie gets everyone laughing at his expense, he stumbles out angrily. Christopher shows up at J.T.'s, trying to spill mob secrets but J.T. doesn't want to hear it. He tries to make coffee and get Christopher to call his sponsor but Christopher keeps talking. When JT refuses to listen, Christopher shoots him dead.

Tony and AJ arrive home at the same time from their nights out to find Carmela and Meadow having a late night snack. The family sits at the table, sharing conversation, wine and pasta, seemingly back to normal. Meanwhile Christopher returns home, propping up a toppled sapling as he stumbles into his house.