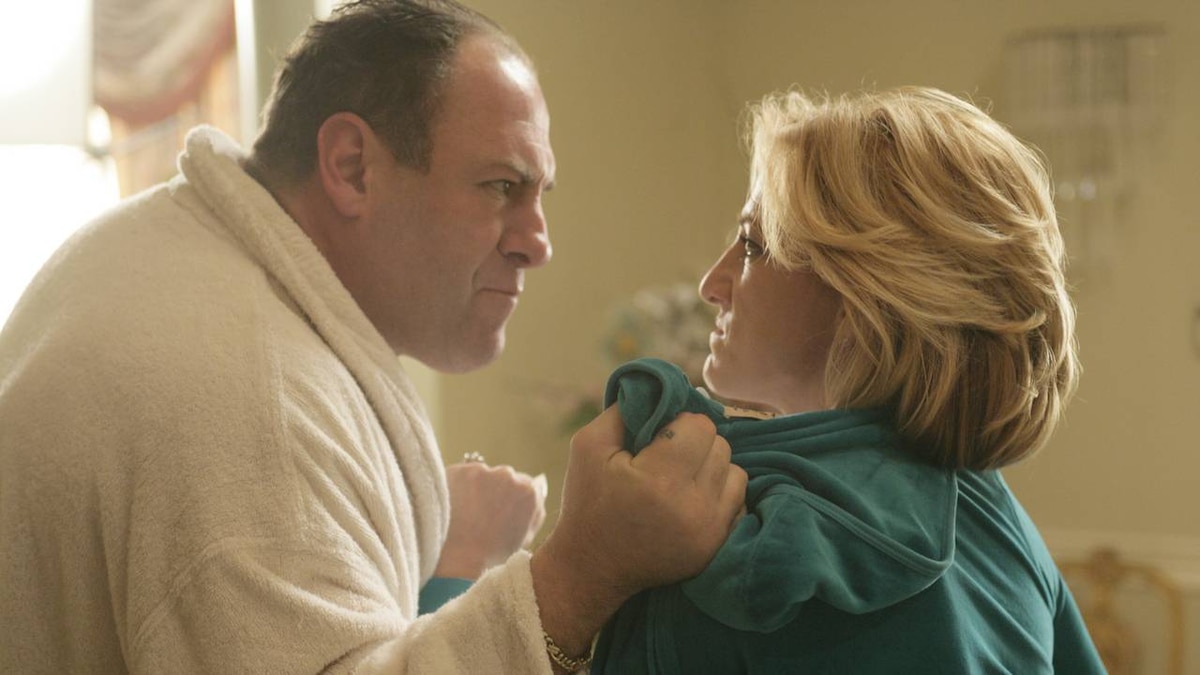 "What are you chasing? Money? Or a high from winning?"

At the Borgata Casino, Tony decides to let it ride after winning at roulette. Bobby, Christopher, Silvio and Paulie watch nervously as the croupier spins the wheel - and T loses everything he'd won, and then some, on 23.

Meanwhile, Vito Jr. is going through a rebellious phase, knocking over tombstones at night, wearing eyeliner and black lipstick and making his mother Marie miserable. Marie comes to Tony in tears, begging for $100,000 so she can relocate her family to Maine, where no one will know them or what happened to Vito. Already feeling strapped due to the loss of Vito as one of his big earners, Tony is reluctant to shell out more. He feels Phil Leotardo should step up - as Marie's relative, and the one who clipped Vito to begin with.

At a dinner in Queens celebrating Phil's promotion to boss, Tony excuses himself before the festivities have ended and pulls Phil aside to ask him to talk to Vito Jr. Phil grudgingly agrees. Tony stops by Hesh's on his way home for a visit and shares some of his concerns about Phil and his own team. "Lonely at the top, boychik?" asks Phil. When Tony presents him with a Cleaver cap, Hesh admits he was hoping for some of the 200k he loaned him instead. Bristling, T hands over $3000: "Don't want you eatin' catfood."

At a session with Melfi, complains about Jews and money, referring to Hesh being on him about the loan. He talks about his losing streak and when Melfi asks why he doesn't just stop, Tony says it's for the thrill when things go right. Before the session ends, Melfi calls him on all of the appointments he's missed. "Decide if you want to keep coming," she tells him, "but know there are protocols that have to be followed or I won't be able to continue."

Carmela's spec house has an offer and she and her father show up for inspection day. When it pours down rain one night, she can't sleep for fear of what might happen with the sub-code construction materials they used in the house. But her father tells her to relax.

Phil has his talk with Little Vito, urging him to stop his rebel ways and be a man for his mother, but it doesn't seem to take as the kid continues to act out. Tony pays his own visit, ordering the kid: "Your dad's gone, OK? You're the man of the house now. Start f**kin' acting like it."

Hesh stops by the back room at the Bing for a visit and Tony hands over another 3k, making Shylock jokes. Later at home, Hesh's blood pressure has spiked and he confides to his son Eli that he's nervous about Tony's attitude: "At what point is it cheaper for him to settle in another way?"

AJ proposes to Blanca over a nice dinner, promising her that he will rise from pizzeria night manager to restaurant chain owner in no time, and coaxes a "yes" out of her.

After the closing for Carmela's house, she's still skittish about celebrating but calculates she's cleared "about six." Tony tries to talk her into putting half on the Jets - it's a sure thing. She refuses but he keeps pushing and she gets pissed, "I thought this was my money." He backs off, but later when the Jets win, he's pissed about the profit they lost out on. "We coulda turned your bullshit into a f**king million dollars!" She blows up - that's her investment in her future - she doesn't want to end up like Ginny Sacrimoni. Tony is furious that she thinks he hasn't provided for her. Their fight gets physical, he grabs her, she hurls a statue at him and both storm off.

When Hesh spies Tony and Bobby drive up, he orders his girlfriend Renata to go to the bedroom and lock the door. They're there to invite Hesh to tag along to the boat show. But Hesh begs off. T hands over that week's 3k. Hesh insist's Tony stop with the weekly interest payments and just give him the 200k when he says it, but T insists. Leaving Hesh, T vents in the car to Bobby and Carlo about Hesh's pissy attitude. But when Carlo suggests he not repay the loan, Tony rejects the idea: "Not pay my debts? Head of the family? How's that gonna look?"

When news hits that Little Vito took a shit in the gym shower, Tony decides to give Marie the 100k. But after liquidating some assets, he puts it all on a football game and his losing streak continues. To economize, Tony tells Marie he's found a tough love camp in Idaho, assuring her: "There's no geographical solution to an emotional problem." The camp counselors drag the protesting Little V from his bed in the middle of the night while his mother and sister cling to each other in despair.

At the Puerto Rican day parade, Blanca meets up with AJ and returns his engagement ring, telling him she just doesn't feel it.

Driving, Tony is unsettled when he spots Ahmed, who used to hang out at the Bing, fraternizing with an assortment of Muslims in religious garb.

Tony apologizes to Carmela, admitting he's been on a losing streak. "So this is about money? Because it didn't feel like it," she counters. She can't bear the feeling that there's a giant piano hanging by a rope over his head. Tony insists he's provided for her - she's not going to end up like Ginny, and he resents the implication. Plus, by his calculation, having survived a shooting, he's already beaten the odds.

When Hesh goes to rouse Renata for breakfast, he finds her dead in bed - a stroke. Tony stops by to pay his respects - as well as the balance of the 200k loan. "I'm sorry for your loss," he says as he leaves the devastated and broken Hesh.