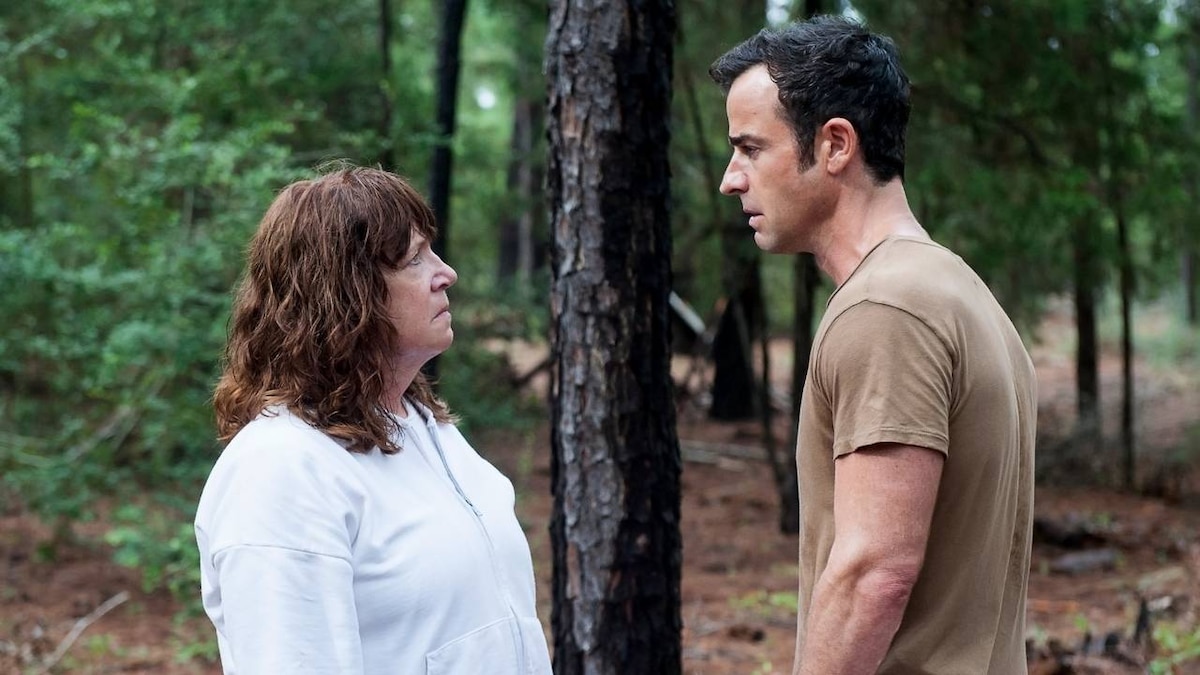 A Most Powerful Adversary

Kevin wakes up alone, still handcuffed to the bed. Patti tells him that Nora and Lily are gone; Nora packed a suitcase and left early that morning. Jill enters the bedroom, demanding to know where Lily and Nora went. Patti warns Kevin not to tell Jill about her, otherwise Jill will leave him, too. After getting bolt cutters so that Kevin can detach himself from the bedframe, Jill opens a note that Nora left for him. "Mary and the baby are with me," it reads. "Don't call."

Kevin heads to a locksmith to get the remaining handcuff removed from his wrist. When the locksmith sees that it's a police-issue set, he asks for Kevin's ID. Patti, standing behind the man's grandson, taunts Kevin. He looks at her behind the boy and yells for her to "shut the f--k up." The locksmith demands he leave.

Back in his truck, Kevin begs Patti to tell him what she wants from him. Gravely, Patti details an elaborate plan, which includes stealing an ancient Egyptian chalice and filling it with his semen. Kevin looks at her in bewilderment before she tells him there is no master plan; she's just as clueless as he is. Michael Murphy overhears Kevin talking to Patti before climbing into the truck. "I guess it didn't work," he says to a confused Kevin. Michael explains that Kevin went to see Virgil, his grandfather, about Patti the night of the earthquake. They head to Virgil's trailer.

Virgil explains to Kevin that Patti is not "in" him but "on" him, and should Kevin want to be done with her, he has to fight her "on her turf." To do that, Virgil says, Kevin must die -- something he was willing to do the night he sleepwalked to Virgil's and left with a cinderblock and rope. However, drowning is not the best way to cross, and Kevin will need a guide. Virgil explains that the earthquake prevented Kevin from dying that night, adding, "You've either got somebody looking out for you, or you've got yourself a most powerful adversary." Unwilling to accept such an extreme measure, Kevin flees from the trailer.

Kevin runs off to the woods where he confronts Patti about lying to him about Virgil. "He knows what you are," he seethes. "He knows how to get rid of you." Patti slaps and shoves him. "You think I'm scared to do battle with you? I'm so desperate to do battle. Let's go f--kin' die," she shouts. Kevin insists he has responsibilities as a father, but Patti suggests Jill would be better off without him.

After leaving another voicemail for Nora, Kevin gets a call from a park ranger; Laurie Garvey is at the gate asking for him. Kevin drives to the park entrance, where he talks to Laurie through the fence; she believes that Tom is staying with him, despite what Nora told her. After explaining that he hasn't seen their son in over a year, Kevin demands to know what Laurie did to drive him away. She turns and leaves, apologizing for disturbing him, though it only upsets him more.

Kevin goes to John Murphy at the fire department, hoping to get help removing the handcuff. At first John thinks Kevin came because of his flyer: John is giving all the innocent men in Jarden a chance to exonerate themselves from his daughter's disappearance by getting hand-printed. Unable to decline, Kevin gives up his print. Another fireman returns from a back room and announces that their cutters are missing.

Kevin returns home to find Jill waiting for him on the porch. She asks if he's "pretending" to love Nora and wanting to be a family with her and Lily. Kevin assures his daughter that their new family is what he wants most in the world. Jill demands that he figure out how to bring Nora back.

Kevin drives to Laurie's hotel, where he reveals his ordeal with Patti Levin. Laurie correctly guesses that Patti doesn't appear to Kevin when he's with Laurie, helping to prove that Patti doesn't exist. She reminds a skeptical Kevin that despite doctor-patient confidentiality, she told Kevin about Neil, and he's in the midst of a psychotic break. Laurie launches into an explanation about the power of belief -- using what she and Tommy have been doing with hugs as an example. Kevin is manifesting Patti because he cannot face reality, and Laurie believes he'll need medication and to be institutionalized for a while. Kevin begs Laurie to come home with him and help keep Patti away while he figures out what to do.

Back home, Kevin takes a call from Nora, who begs him to stop calling. Kevin confronts her about leaving him without his handcuff key; Nora explains she left a note about it on the chair across from the bed, which Kevin realizes Patti was blocking. Kevin tells Nora there's a way for him to get better, but he needs to be sure Nora will believe him when he tells her Patti is gone. Nora promises to trust him, then admits she'd like to come home if he got better. Meanwhile, Jill returns home to find Laurie in the living room. She runs upstairs screaming for her father, but he's in his truck speeding off to Virgil's.

Virgil gives Kevin poison to stop his heart and explains that he'll use a syringe of epinephrine to revive him before he suffers any brain damage. As Kevin reaches for the poison, Patti stops him. "Do you want me to do this, or don't you?" he asks her. When she says yes, he reveals what his father said about listening to the voices and slams down the deadly concoction. Kevin begins convulsing and drops to the floor, apparently dead. Virgil then empties the contents of the syringe on the floor, puts a pistol in his mouth and pulls the trigger, splattering blood on the wall behind him. A moment later, Michael enters and drags Kevin's body from the trailer.