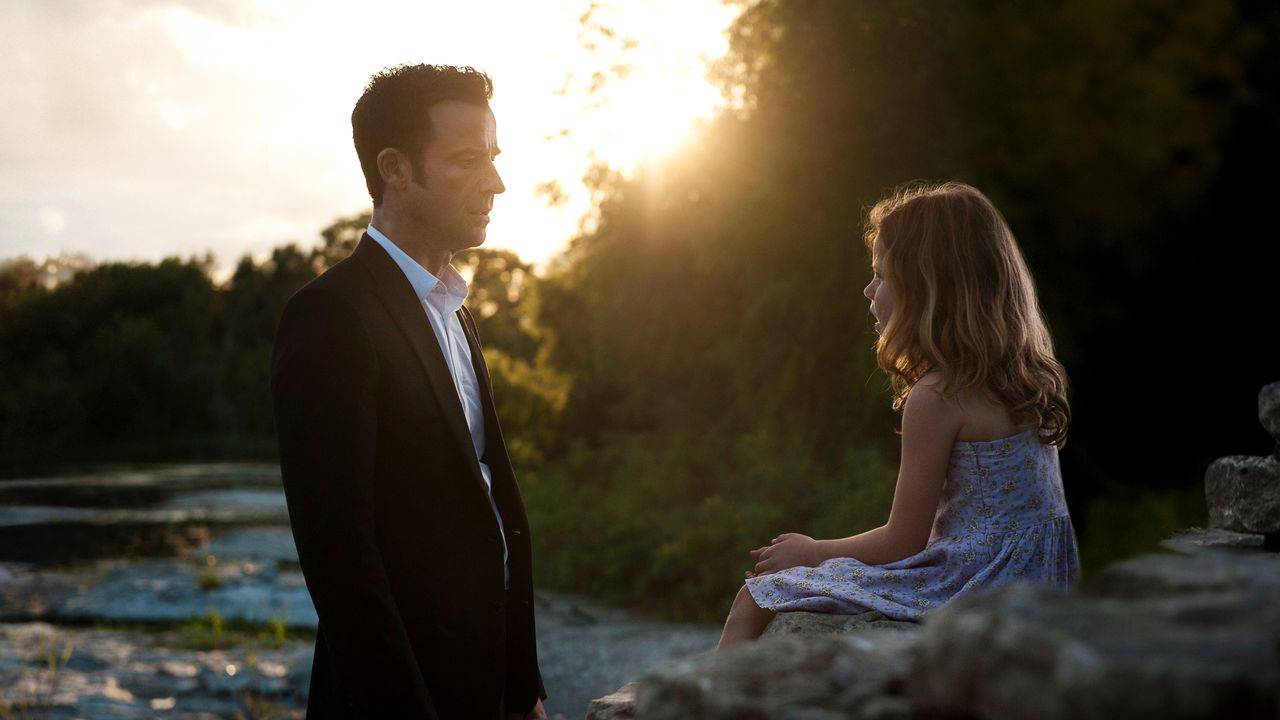 Kevin Garvey wakes up disoriented in an unfamiliar hotel bathtub. While he takes in his surroundings, the TV snaps on in a loud burst of static before turning back off. Kevin opens an armoire with a brass plate reading: "Know first who you are, and then adorn yourself accordingly." Inside are several "uniforms," including a priest's robes and police uniform. Kevin selects a perfectly tailored black suit.

Kevin answers a knock at the door. A man is there to deliver flowers to a "Mr. Harvey." He follows Kevin into the hotel room and tries to kill him with a knife. After a struggle, Kevin gains the upper hand and kills the deliveryman. Kevin heads downstairs to find out who sent the flowers, and the woman at the front desk directs him to the concierge. Kevin recognizes the concierge as Virgil and goes to confront him about what's happening. Virgil pretends not to recognize Kevin, but passes him a note reading, "Parking garage, 5." On his way to the garage, Kevin catches sight of a little girl face down in the hotel pool. Kevin jumps in and rescues her, only to be chastised by a man he presumes is the girl's father.

In the parking garage, Kevin sits with Virgil in a white sedan. Virgil warns him not to drink the water in this place, no matter what. Kevin demands to know why a man tried to kill him; Virgil explains that he chose to be an "international assassin" when he selected the suit. Virgil then explains that in this world, Patti Levin is running for president. Kevin, registered at the hotel as "Kevin Harvey," is guaranteed a meet and greet with her following a large donation to her campaign. Kevin will be called to her suite when she arrives, and he should head to the bathroom where a gun will be taped inside the toilet tank. Once Kevin kills Patti, Virgil explains, he'll be "delivered from this place."

Kevin returns to his room and opens the envelope that came with the flowers. Inside is a get well card with no message. The fire alarm goes off and the hotel demands the residents evacuate. Outside, Kevin spots a deliveryman with balloons and a package. Kevin approaches, believing they're for him, but the man tells him they're for a Mary Jamison. Kevin follows the deliveryman back into the hotel, but he's captured by two men in white and brought to a room where he's shackled to a chair.

Deceased Guilty Remnant member Gladys arrives and apologizes to Kevin; they need to vet anyone who gets close to Patti and make sure they "belong" there. Kevin is hooked up to a lie detector and sprayed in the eyes with Windex whenever he "lies." Kevin quickly figures out how to answer Gladys' questions, and he's released.

Back in his room, Kevin watches as the TV bursts to life. His father comes through the static, explaining that he's in Perth, Australia, and "really f**ked up" on something called God's Tongue. He asks if Kevin received the flowers he sent, then tells him the card was supposed to read, "Get her to the well." Kevin Sr. tells his son he loves him and then the transmission is cut.

Senator Levin's staff arrive and escort Kevin to her suite. Gladys tells Kevin he has five minutes to talk with Patti about anything but "North Korea, gun control, abortion or Neil, her ex-husband." He excuses himself to go to the restroom, but he finds Holy Wayne, dressed as security detail, on the toilet. Wayne emerges, insisting that he knows Kevin from somewhere. Before Kevin can go back and retrieve the gun, Wayne stops him -- Patti has arrived.
Patti welcomes Kevin warmly and apologizes for the earlier unpleasantness -- her team had received credible intelligence that someone was planning to assassinate her. She tells Kevin that someone would rather kill her than accept her truth, then asks what he thinks her truth is. Kevin says, "You want to destroy families," which Patti thinks brilliantly sums up her campaign. Kevin excuses himself to use the bathroom before their photo is taken. He returns and kills Gladys and Wayne without hesitation but stops when Patti puts her hands up and insists she's just a double. Her name is Rhonda Gennero from Lowell, Massachusetts. Kevin kills her anyway.

Kevin finds Virgil at the concierge desk and demands to know why he's still at the hotel, despite killing Patti. When Virgil can't supply an answer, he asks if Virgil drank the water. "I was so thirsty," he says.

Kevin attempts to get back into his room but finds that he's locked out. Also locked out in the hallway is the father of the little girl he rescued from the pool. The two men share a bottle of Jack Daniels, and the man grumbles that he can't find a woman to defecate on chest. Kevin realizes the man is Neil and the little girl is Patti. He lunges for Neil and snaps his neck. Young Patty answers the door with a sign pinned to her chest: "I need to keep my mouth shut." Kevin removes the sign and they head to the concierge desk to find out the location of a well. Virgil directs them to the Orphan's Well in Jarden, Texas, which is said to be a portal between the earth and the spirit world.

Kevin and young Patti arrive at the bridge into Miracle, but it's blocked off. The window shatters when a man throws a noose through it and around Kevin's neck. He tells Kevin he can either cross or jump after tying the other end of the rope to the side of the bridge. Kevin asks why he would jump, and the man explains he might not want to kill a child. He warns that if Kevin throws Patti into the well, he'll be changed forever, and despite Kevin's insistence otherwise, this place "is more than it's ever been." Kevin remains undaunted, and asks for the location of the well.

Kevin brings Patti to the well, which is located by the lake where he woke up with a cinderblock tied to his leg. Young Patti asks if Kevin would rather drop or push her in and if it would help if she told him she "deserved it." Kevin tells Patti no and that he feels sorry for her, before finally pushing her in. However, Patti doesn't die. She transforms into grown-up Patti and calls for Kevin to come down and help her.

Kevin climbs down into the well where he finds Patti slumped against the wall, bleeding. She tells Kevin about the time she was on Jeopardy, and that her plan was to win $50,000 so she could leave Neil. Patti made a big win in Final Jeopardy, beating the four-day reigning champ. At the end of her four-day run, she had $65,300 -- more than enough to leave her husband -- but she chose not to. Patti tells Kevin she's scared, and he kisses her on the head and holds her for a moment before gently pushing her face into the water and drowning her. After Patti is dead, the earth begins to shake. Kevin climbs up the well and emerges from the ground in the woods, shocking nearby Michael Murphy. 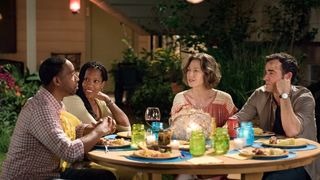 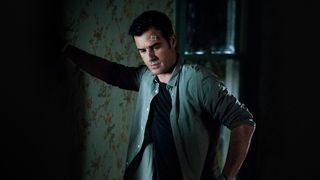 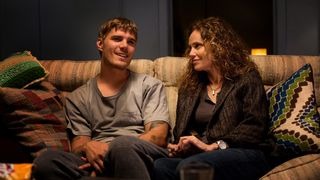 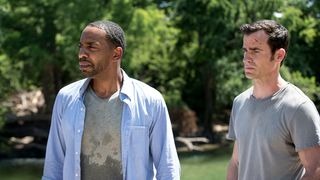 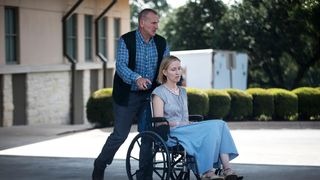 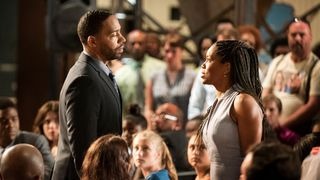 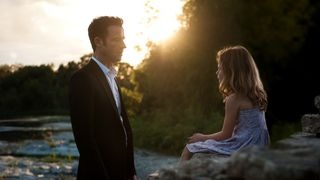 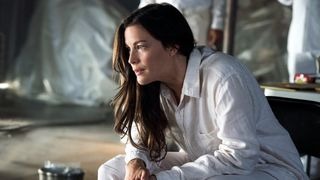 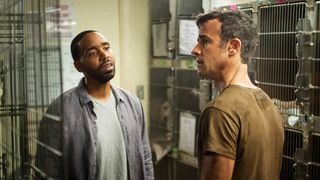