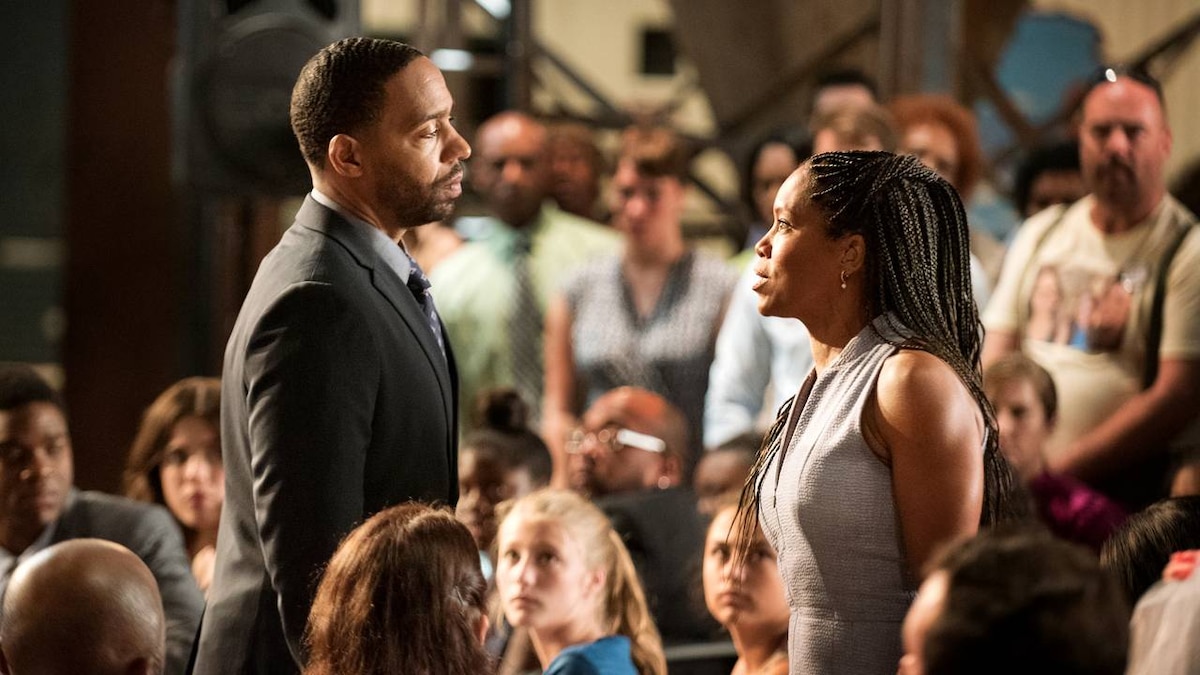 A research scientist arrives in Miracle and asks Nora several questions about her contact with Evie Murphy before her departure. He begins unloading equipment to take readings and asks if Nora was in physical contact with her husband and children at the moment of their departure. Nora screams at him to leave.

Early the following morning, Nora hurls a rock through the Murphys' living room window. She later receives a call from Dr. Allison Hebert, who apologizes for her colleague's actions the previous day. When the woman suggests that Nora may be responsible for her family's departure, Nora hangs up on her. Later, Nora and Kevin attempt to have sex, but the moment is ruined when Kevin jerks away from her. He blames his outburst on a leg cramp, but his fearful gaze across the room suggests otherwise.

A man arrives at the Murphy's home, begging to ask them a few questions. When he gives up, Nora asks who he is, and the man introduces himself as George Brevity, a member of the Department of Sudden Departures, Secondaries Division. He asks Nora for a restaurant recommendation, and she directs him to a local barbecue joint.

Erika drives to the woods and digs up a box; the bird that she's buried is dead, and she adds its body to a pile of others. She heads to work, where she's confronted by the mothers of the other two missing girls. They insist that Erika talk to the man from the DSD so that he can rule out a Second Departure, but Erika remains steadfast in her refusal.

Nora finds George at the restaurant she recommended. He tells her that he administered a revised questionnaire to the mothers of the other girls, and none of the fraud flags popped; he believes the girls' disappearance is real. Nora asks if she can see the new questionnaire, but George tells her he practically has to sleep with it under his pillow, lest it be leaked to the public and corrupted. She then asks George if he's heard of another person being responsible for someone's departure. He confirms the theory, known as lensing. "The idea is that someone gives off ultraviolet rays or whatnot, causing everyone one around them to lift," he explains.

Erika returns home after fixing up another of John's victims in the emergency room. She spots Lily -- still strapped into her car seat -- on the hood of Kevin's truck. She returns the baby to Nora, who is polite but distant. Nora brings Lily upstairs, where she finds Kevin stripping wallpaper and yelling to himself. He apologizes for forgetting Lily, but Nora simply tells him that mistakes happen.

Nora receives another call from Dr. Hebert. This time she listens to the scientist, who confirms that they believe Nora is a lens. Dr. Hebert then explains that they believe the demon Azrael has chosen Nora as his "earth-bound instrument" and is responsible for the chaos that surrounds her. Nora hangs up the phone, laughing with relief.

Erika confronts a teenage boy who runs after being spotted leaving a pie on her porch. She angrily returns the pie to its sender, Virgil, who asks if this is really about her son coming to pray with him. Virgil tells her that while he knows he can't absolve his past actions, he's still Erika's family. She leaves him without a word.

Nora brings Mary to visit Matt in the encampment. He's been let out of the stocks after refusing to allow someone else to take his place and has gathered a new congregation of sorts. His compassion does not extend to the Murphys, as he expresses anger that Nora is bringing Mary to their daughter's fundraiser despite what John did to him.

Erika confronts Michael about praying with Virgil. "Do you know what your father would do if he found out?" she asks, but Michael remains unfazed. "Shoot him again?" he asks mildly. Michael refuses to stop visiting Virgil, insisting that he deserves their forgiveness.

Nora gets a call from Laurie Garvey, who's looking for Tom. She apologizes for intruding on Nora and Kevin's new life together, but asks that Nora apologize to Tom on Laurie's behalf, should she see him.

Nora sits behind George at the fundraiser and slips the new questionnaire out of his briefcase. Jerry brings in a goat to slaughter, but Erika intervenes. She tears into him and everyone else who repeats what they did on October 14. "We are not spared, we're not safe. All this shit we're walking around here doing doesn't matter, doesn't work," she shouts. "My daughter is gone. She departed." Erika storms out with the goat in tow.

Nora goes through the questions, and when she asks if Erika withdrew more than $1,000 before Evie's disappearance, Erika reveals that she has -- she was planning to leave John. Erika then tells Nora that her grandmother lived in Jarden her whole life and believed it was a chosen place. As proof of its specialness, her grandmother told her you could bury a bird in a box, wait three days and dig it up. If the bird was still alive, you could make a wish and it would come true. Erika says she didn't believe that Jarden was special until October 14, and about a month ago she found a near-dead sparrow in her driveway. Instead of nursing it back to health, she buried it in the woods. When she dug up the box, the made a wish before she opened it: That her children would be all right without her. When she opened the box, the bird flew out and the next night, Evie was gone.

Nora insists that Erika could not be responsible for her daughter's disappearance. "140 million people disappeared three years ago. Did you wish them away too?" She tells Erika that she used to blame herself for her children's disappearance, but she's moved on; to feel otherwise is "pathetic." Erika looks Nora in the eye and asks what Nora's last words were to her departed children. Nora starts to cry, then leaves without a word.

When Nora returns home, Kevin insists they talk. "Have you been noticing that I'm kind of losing my mind?" he asks, before revealing that he's been seeing Patti Levin ever since they found Lily. When Nora asks if Patti is talking to him at that very moment, Kevin tearfully tells her yes. "She's saying that I never should have told you about her and that I just made a big mistake." A rock sails through their living room window. Erika glares at Nora through the shattered glass.