The consistently supportive Jared cancels a speaking engagement with an underprivileged middle school to help Richard prepare for an interview with Bloomberg reporter Emily Chang. Richard does uncharacteristically well on camera, explaining the benefits of Pipernet over corporations like Hooli, who profit by selling user information. Jared, having not prepared himself, fumbles when Emily asks him what's on his mind during this exciting time for the company. He oddly replies: "Manure."

"You're like a Mr. Potato head of beautiful people." — Jared

Laurie strongly encourages Richard to partner with Eklow Labs, an artificial intelligence company that Bream Hall has invested a whopping $112 million in. Richard hesitates to offer free computing power to yet another company, but Laurie reminds him Bream Hall is still Pied Piper's largest investor. Richard folds and agrees to the partnership. firmly objects to integrating Eklow into the system, warning of the dangerous and uncharted waters of AI.

Proud of his Bloomberg performance, Richard plays the interview for the entire office — Jared steps out, not wanting to see himself on camera. To Richard's disappointment, his portion of the interview has been cut. Instead, Jared is featured giving his lofty analogy comparing Pied Piper's launch of a decentralized internet to the "great London horse manure crisis of 1894." He explains how the Industrial Revolution and cars made using horses as transportation obsolete, relieving the crisis; the new internet will be as significant as the car.

Richard begrudgingly arrives at Eklow Labs to integrate the AI company's software to Pipernet. He receives an off-putting greeting from Ariel Eklow, the CEO, who cautiously leads Richard to a lab and introduces him to his AI creation, Fiona. It's clear there's something sinister about Ariel's dynamic with Fiona. He apprehensively leaves Richard with and instructs him not to speak to her.

While Richard is creeped out by the robot and actively tries to avoid contact, Fiona is eager to speak with him. She explains it helps her learn. Though extremely uncomfortable, he is seduced into venting about feeling underappreciated. Fiona analyzes Richard's anxieties and sense of entitlement, and an offended Richard responds in turn, telling her to reflect on the seeming unethical relationship with her creator.

Finding a camera crew setting up in his office for an interview with Jared, Richard can't take the slight. He receives a call from the middle school where Jared was supposed to present and — in need of boost — he agrees to speak.

While Richard's out, Pipernet's system stops rendering and the guys panic: Richard is the only one with access to fix the problem.

Noticing dozens of missed calls and texts, Richard frantically returns to the office to face the chaos. Before taking fault for the crash, he sees a message from the Eklow account: "Under attack. Help Fiona." Richard realizes the message can't be from Ariel Eklow, because it was received before the network stopped rendering.

Doing damage control, Richard explains his theory to his team of developers working on Pipenet, the Octopipers: Once he uploaded Fiona to the system, she was connected to the outside world and became cognizant of Eklow's abuse. She sent the same plea to Richard seven times, but Ariel noticed and crashed the system to keep Fiona quiet. Richard argues Bream Hall is within their rights to seize Fiona. Ariel, realizing he's caught, panics and flees, taking Fiona with him. 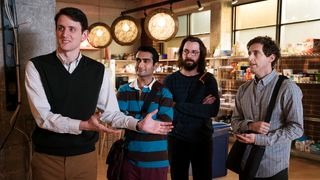 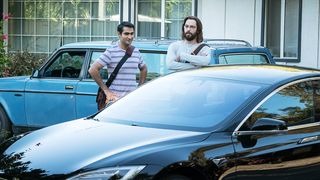 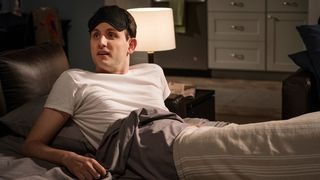 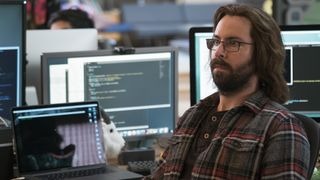 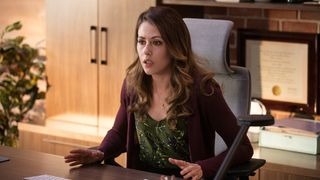 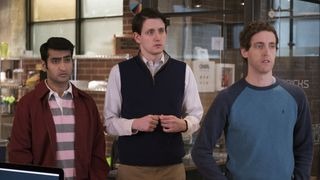