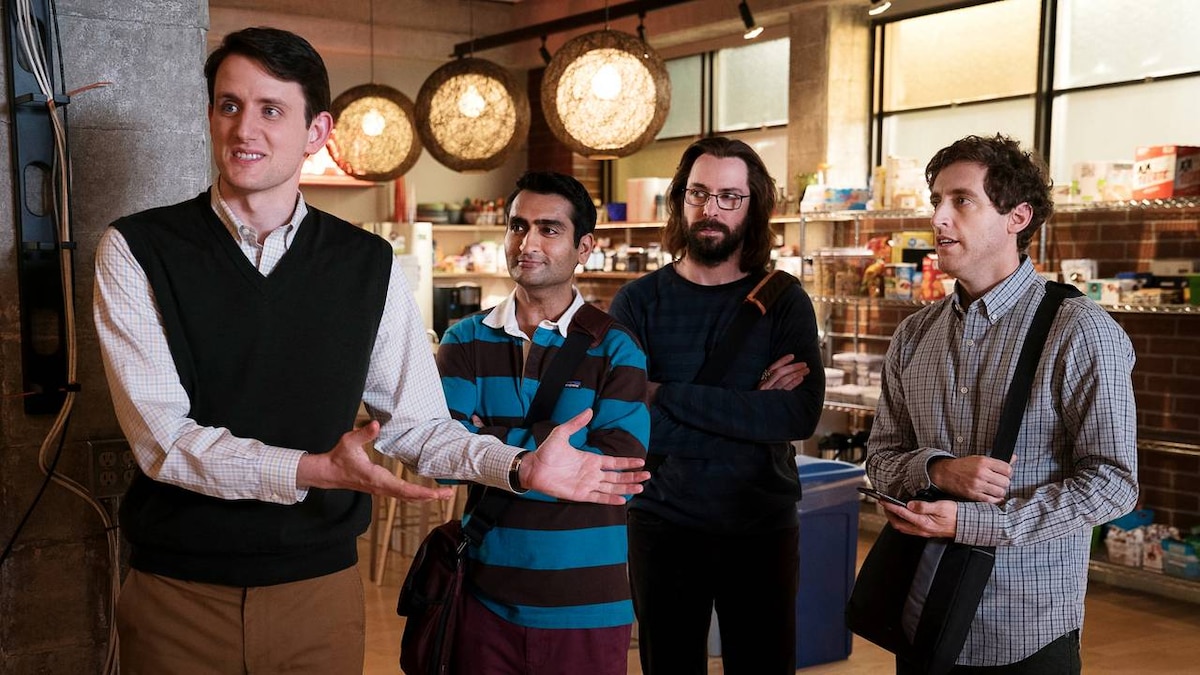 Richard shows Dinesh, Gilfoyle and Jared around a potential new office space for Pied Piper — a windowless room with fluorescent lighting. He tries to sell them the affordable space, but the guys aren't convinced. In their eyes, it's a panic attack waiting to happen that lacks the space for the new employees Richard is trying to hire.

Richard caves and splurges on nicer offices, but because Dinesh and Gilfoyle can't decide on which coders to hire — despite Richard providing over 60 options — the space is nearly empty. Due to their high standards, they've only hired three coders, a group they've affectionately named "The Stallions."

At the Innovation Hall of Fame ceremony honoring Gavin Belson, Richard runs into an insufferable coder, Dunkin, who interviewed for one of the openings at Pied Piper. "Psyched" about his own startup, a pizza delivery app called , Dunkin withdraws his application to join the Pied Piper team. Richard pretends to be crestfallen at this news, but then must deal with a blow to his hiring prospects: Gavin hired all the coders in consideration for positions at Pied Piper.

With all eligible coders off the job market, Jared suggests they acquire a team instead of building one. He sets up a meeting between Richard and Kira, the CEO of a company called Optimoji that recently lost funding.

During the meeting, Richard loses the upper hand in negotiations when Dunkin swings by to condescendingly ask about Gavin poaching all of Pied Piper's potential hires. Kira realizes she has a bargaining chip and lays down her terms: Richard hires her full team of 30 employees, instead of just the 12 he needs.

Gavin meets with the newly hired coders to inform them of Hooli's latest flagship project: The Box. The coders who hoped to work on a decentralized internet like the one Pied Piper is developing, are less than thrilled. Attempting to hide his bruised ego, Gavin sends them all away. Despite the archaic nature of The Box, he's doubling down on the launch due to the enormous dividends it promises.

Hoping to take over Erlich Bachman's incubator, Jian-Yang meets with Ron Laflamme. The lawyer inadvertently reveals that Erlich owns 10 percent of Pied Piper, launching Jian-Yang's quest to prove Bachman is dead so he can transfer ownership to himself.

Ron calls Richard to break some bad news: Dunkin swooped in and acquired Optimoji. Richard storms into the office to confront Dunkin, stealing pizza on the way out. Back at the Hacker Hostel, the guys eat the pizza and realize it's just Domino's in packaging. Crunching the numbers, Richard discovers Dunkin is losing $5 a box on reboxing and delivery.

Richard meets Dunkin and Kira for drinks, pretending to extend the olive branch. Instead, he lays down new terms of . He informs the two CEOs that his "stallions" have worked up a botnet of fake users, ordering pizzas at a rate designed to bankrupt .

With the company devalued, Richard acquires it for pennies, and Dunkin and Kira are fired. The only problem is, he now has 50 new employees, the combined staffs of Optimoji and .

Richard panics when he arrives to work to find a packed house of coders, all looking to him for a welcome speech. He nervously beelines it to his office and vomits — while everyone watches through the glass walls.